This wasn’t a highly ambitious first cut…but it was a request from the wife… So you know how that goes. After two failed attempts (z axis problems, catching a calibration line) the third went almost flawlessly. Gotta do a little playing with the frame to better support the plywood from the back then she should be good to go.

Now just gotta sand her up a little and let the wife do her painting.

Edit: Excuse the messy garage please, been fighting with Arduino for two days so I’ve lost control down there lol 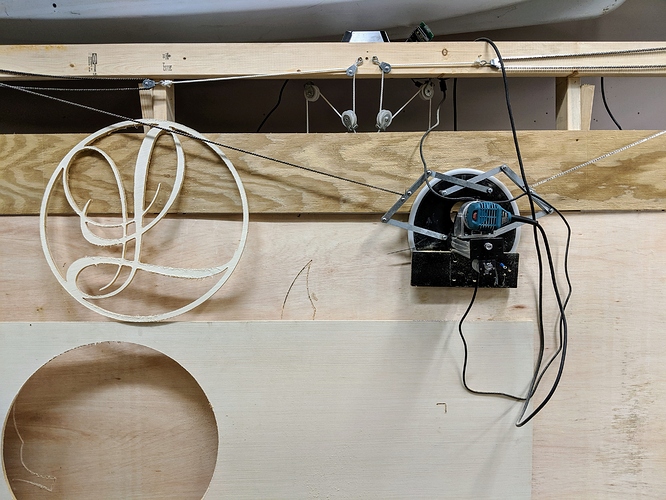 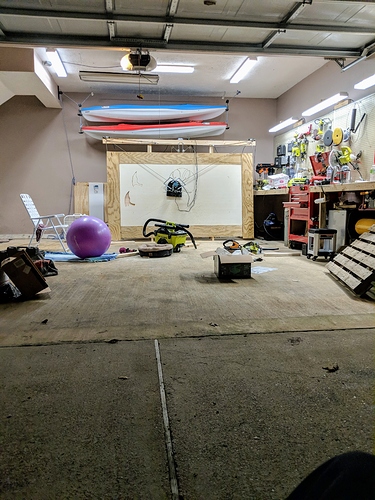 I disagree, that is a pretty intricate piece with thin portions. It turned out great. You are to be commended for your first cut!

Is this a @Metalmaslow kit?

if you put a 2x4 sticking out from the center top beam it will help the z axis wire from not getting stuck. Or i have seen people run it from the bottom as well.

what kind of arduino issues did you have? We preloaded the 1.26 firmware on all boards we sent out. Out of about 300 arudino boards we had about 1% that had issues, so I am glad we tested even though it took days.

The Arduino issue was on my side, just couldn’t get it to talk to my Chromebook. Running my windows laptop there were zero issues though.

I have a little hangar on there now that hold the z-axis cable out some…so I don’t have to pay quite as much attention now.