My z axis sled in action

Since I see using my Maslow with more than just a router, long before I got my Maslow I started working on a different design of the Maslow sled.

Today I got the chance to see it running in all its glory. And it actually impressed me. It is still a rough design, but it will work till I work out version 3. 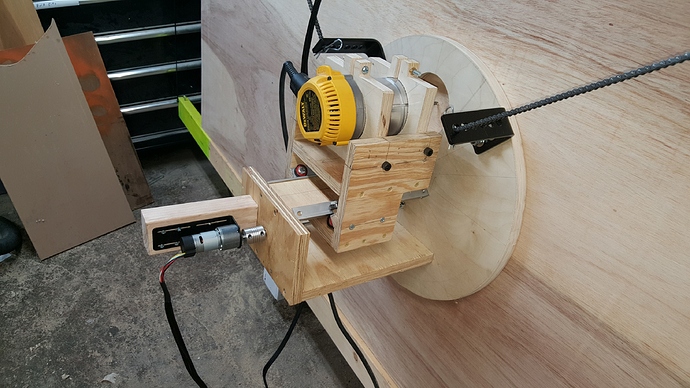 Count me impressed too! That’s awesome

Nice! I was looking to a similar path so I could use the router I already have or a spindle. It’s decided cuz this saves me $200.

I will gather together the plans I used to come up with the sled. It is based on the HobbyCNC plans I have. It does require some welding and machining though. I have been pondering having the “harder” portions on this sled available as a kit.

aah I knew I recognized some of the tricks there! nice work!

One question, are you just ignoring the spindle’s offset from center? or is there some sort of adjustment you’re making in software to account for it?

Thinking about it, I guess it might not matter as long as the sled is weighted properly, which it looks like it is. Everything would just be offset ‘north’, and you could move the workpiece in accordance to reach the bottom without GC being any the wiser.

given the very slow feed rates, a palm router size is all that is needed. The nice thing about the huge rigid router though is that it has a LIFETIME warranty. And lets face it running a router for hours on end is pretty abusive. For the warranty reason alone I’m sticking with rigid.

Gc knows where the spindle center is from the mounting point of the chain. Dead center is mainly for the router only mounting. You figure with the weight I have, most of it is on the center of the sled.

Future revisions I am going to make a smaller footprint for the upright. May not also need to be as tall either.

You can use a larger thread pattern all thread and you will get faster movement.

I’ve been toying with the idea of a hand cranked all thread system to move the lower support 2x4 in and out to accommodate different thicknesses of material. That way the lead doesn’t hang up.

Yeah, this z axis design is meant for a higher powered motor. Seeing how things running, I will take that into consideration next version.

as long as the router is symmetrical left to right, you are in good shape. The
stock sled looks symmetrical in all directions, but it’s actually very lopsided
as far as weight and router location. Everything is measured from the chain
mounting points.

you would have a real hard time using the 45 linkage kit, but the top linkage kit (especially with longer arms) could work. the pillar for it would extend off the top of the sled, but that shouldn’t cause any problems.

The question is, at the balance point, how much distance do you need to clear everything? there are two values

The stock top mount kit is designed for little under 3" of clearance directly above the bit, and about 4" of clearance through the rest of the top hemisphere.

the arms can be cut to accommodate just about anything if needed.

I have a working precision 2x4 cnc table as well as a 60 watt laser. I could probably cad something. Do the 6 inch pieces just need to be cut to the same length?

The shape of your arms is immaterial as long as you have clearance and free movement over the entire work area. as long as you rotate mounting holes around the center of the router bit it should be alright. 45° can be mounted 50° or whatever. What is important is distance between the holes and they must be aligned. A=A B=B and som on 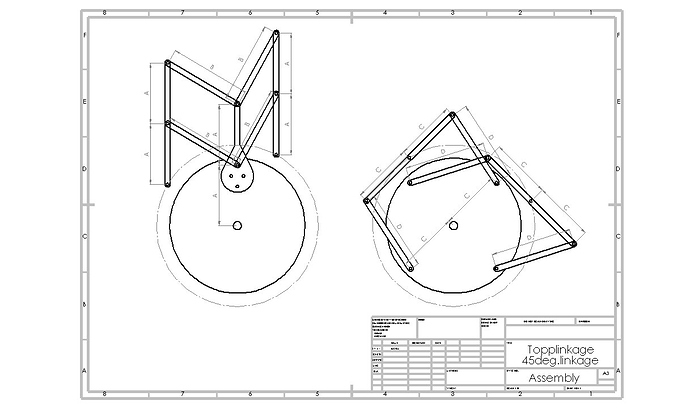 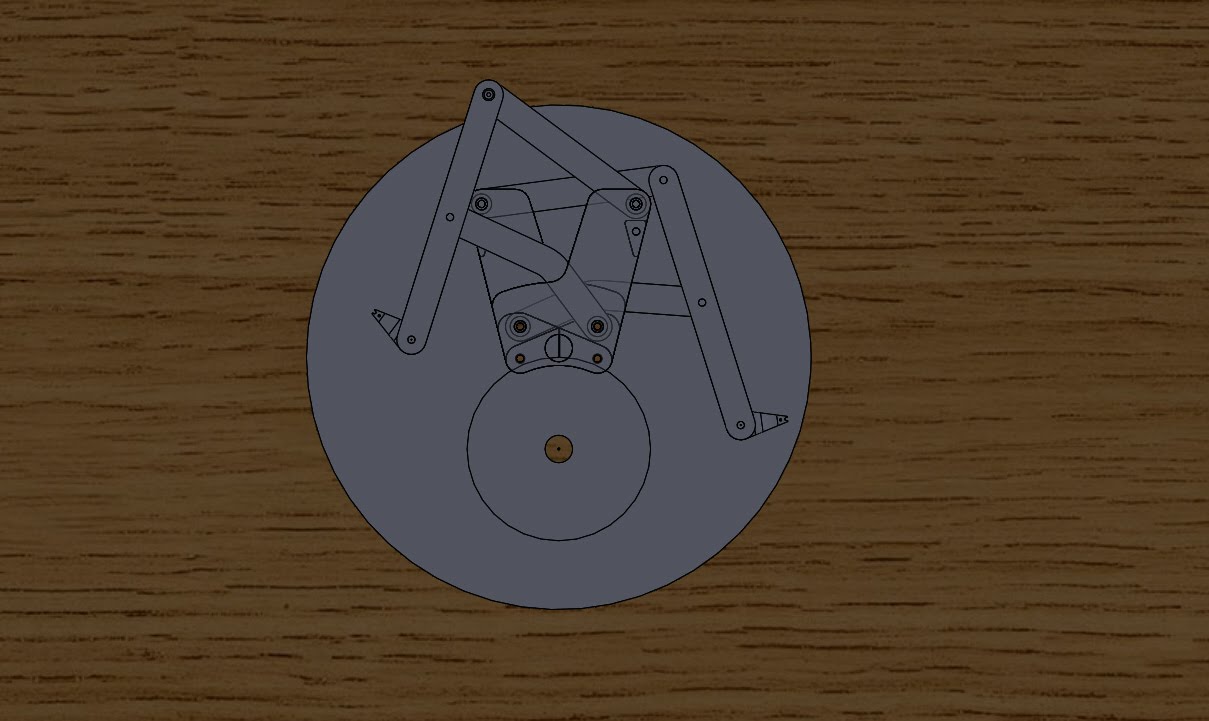 Interesting ideas to change the base design. If anyone needs the tower layout I have the files online (I have been too busy with other projects to keep up here…)

I think there is a lot of wasted space on this initial design. Footprint can be smaller and the height can be cut down as well. And I don’t think 1/4-20 rod is the right choice for the motor.