New and improved marker holder to draw on the CNC

Here is my link to the onshape file for the new marker holder. I have created this in wood but none of the other versions seem to fit just right. I custom made my holder and had to sand it for a perfect fit. This one is created with the new measurements. But I need to test print it for a good fit. Any help would be appreciated.
I’ll have to wait to print because I am out of filament at the moment. 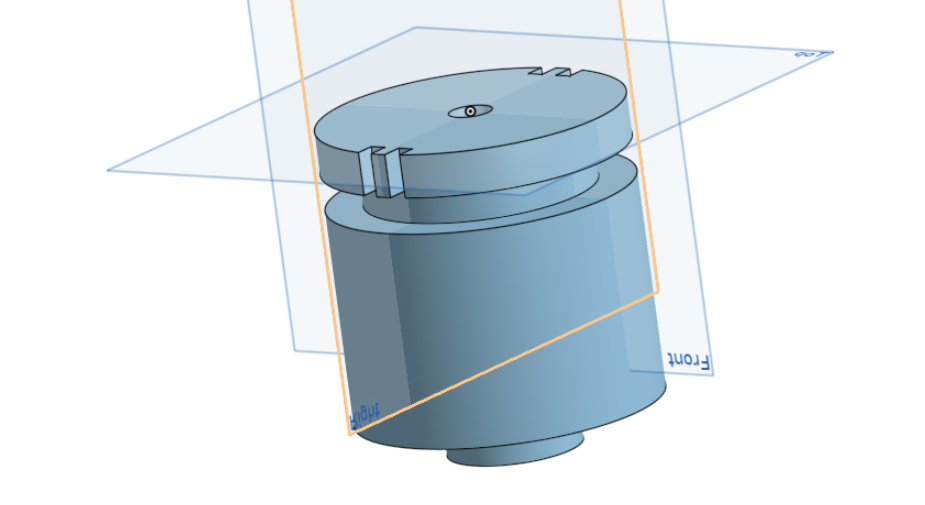 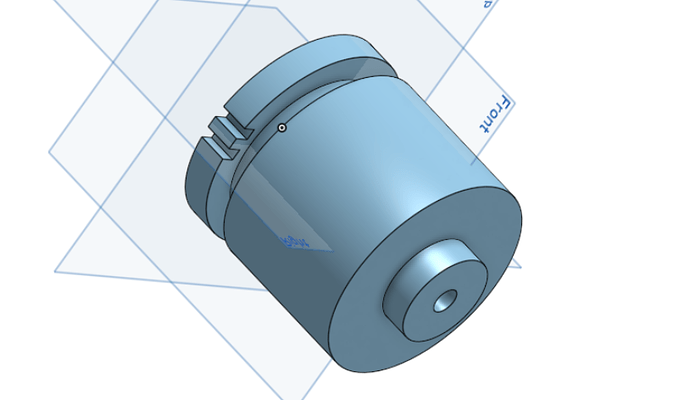 Looks awesome! I can’t wait to see the printed version!

After a lot of test printing and refitting… It’s finished and working. I did have some problems with lowering it to the very bottom. I am not sure what it is hanging on so I modified the ends on Version 2 with a filet cut to round them so they dont snag. I tested it and it draws wonderfully. Here are some pictures as well as all the files you need to get started. 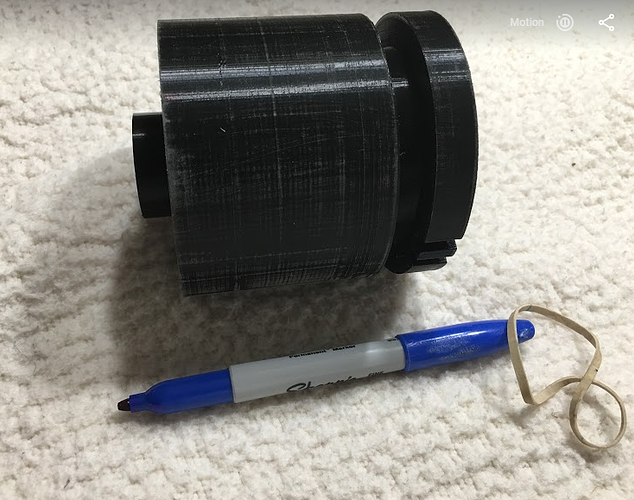 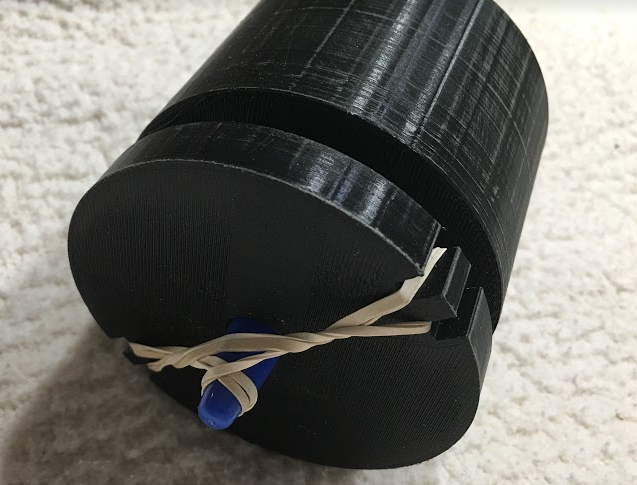 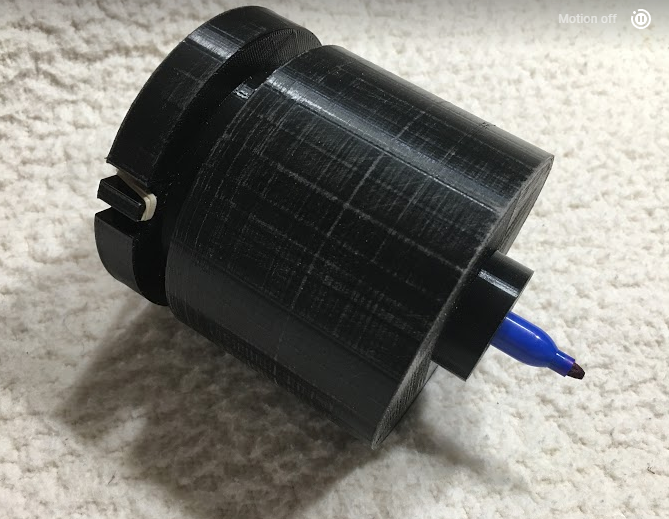 Here is Version 2, I am currently printing this version. Updates to come soon. 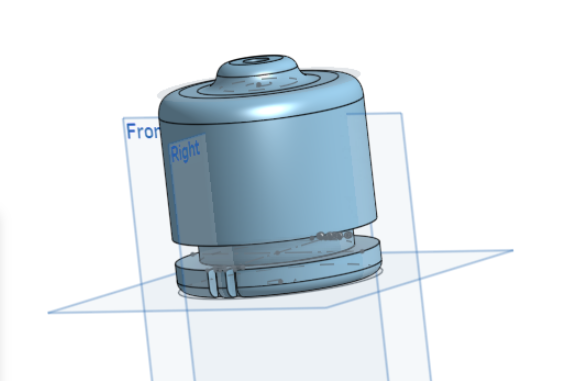 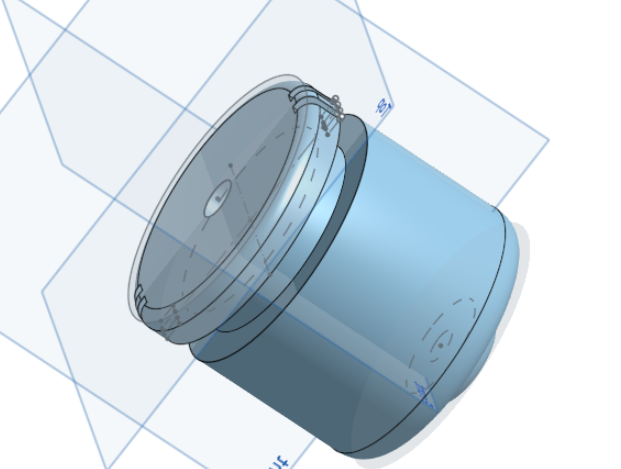 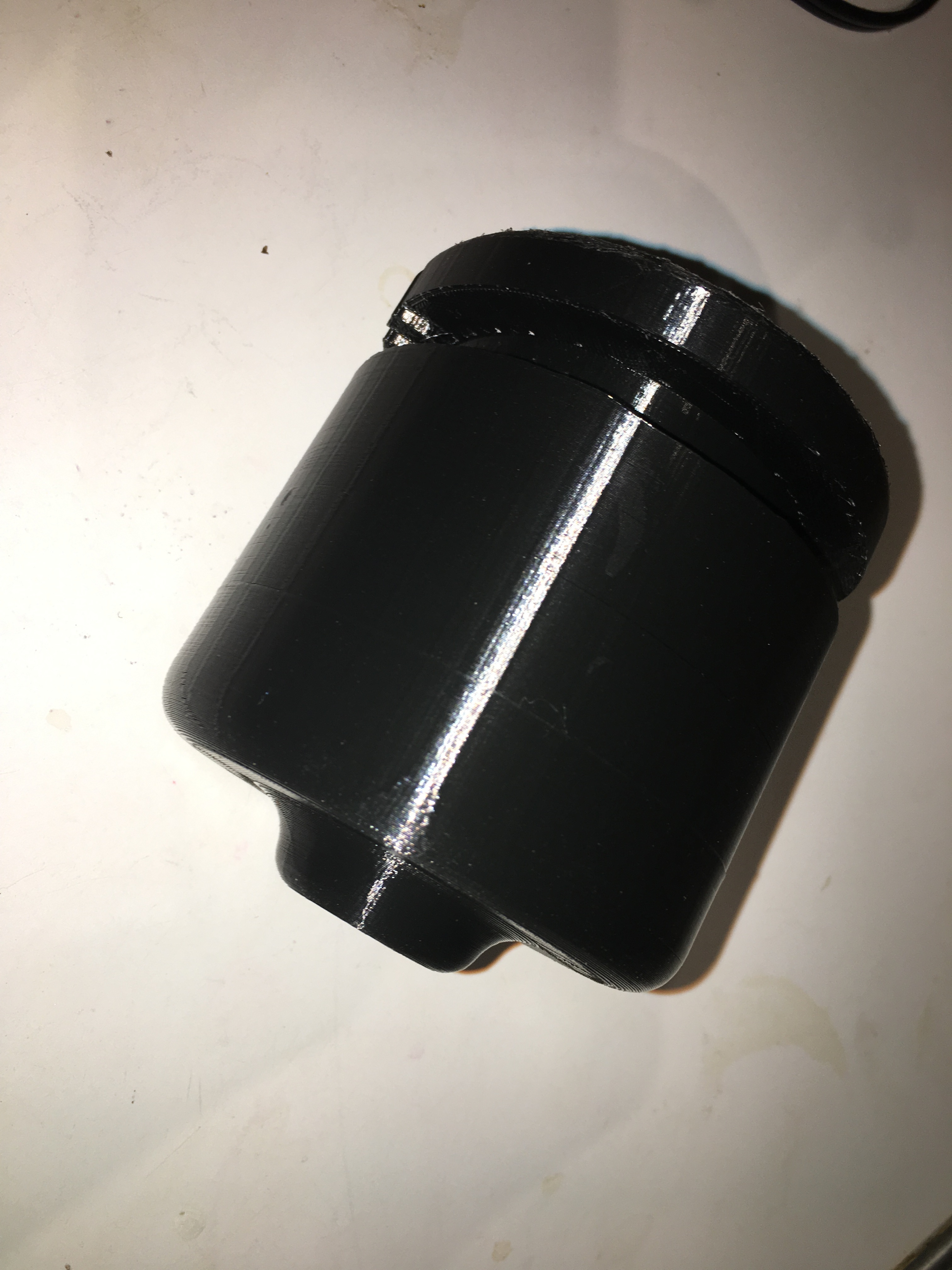 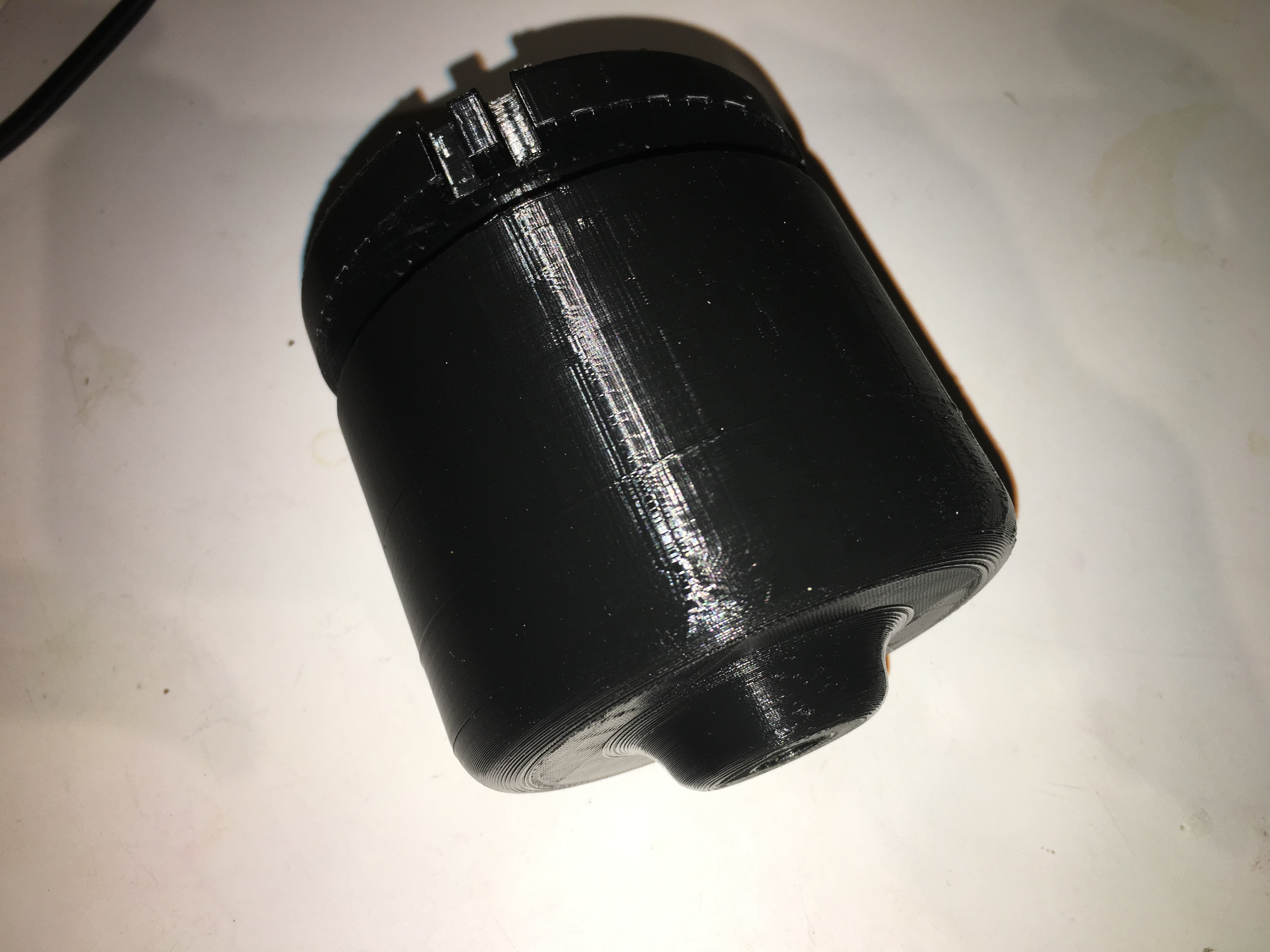 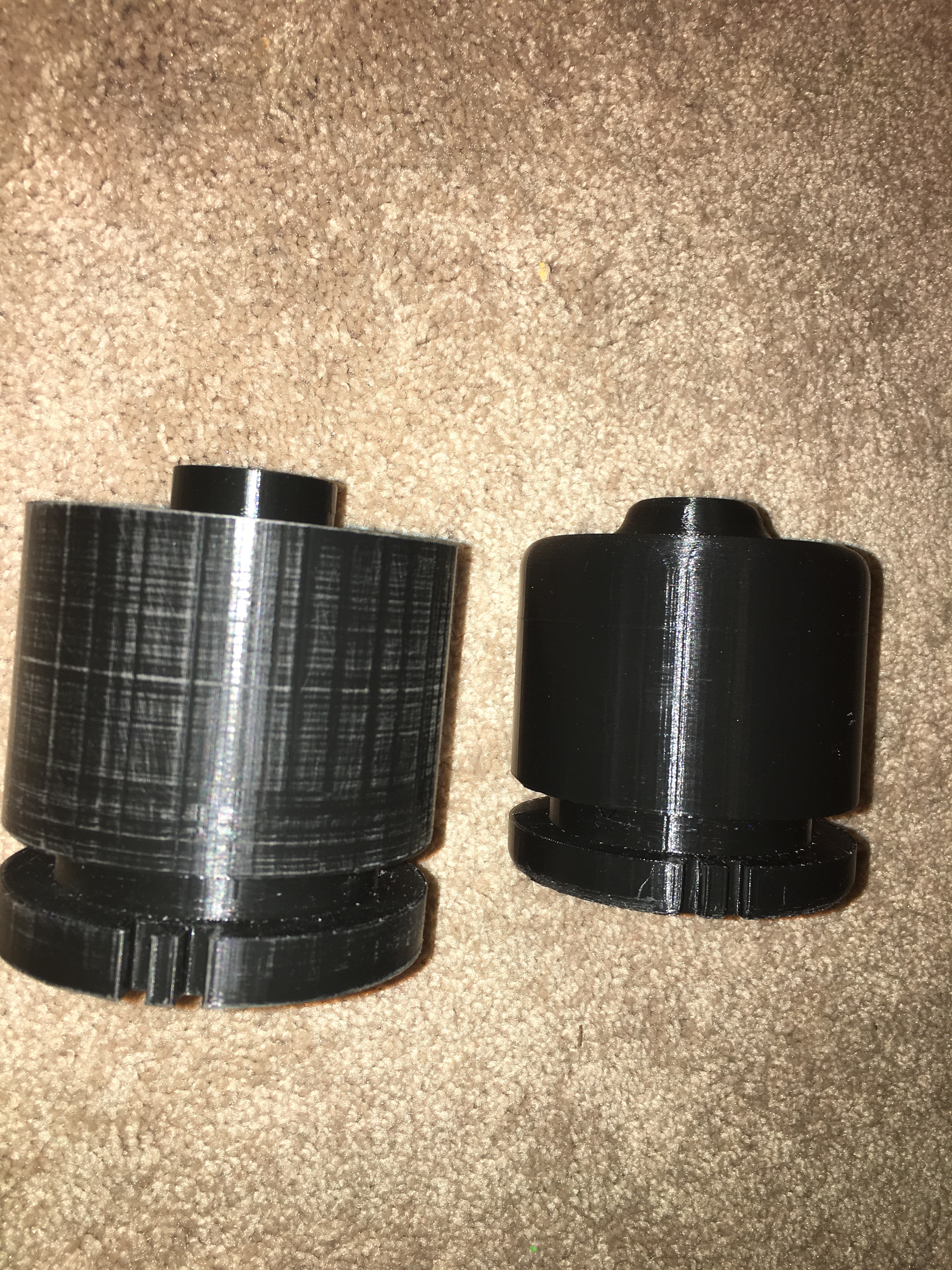 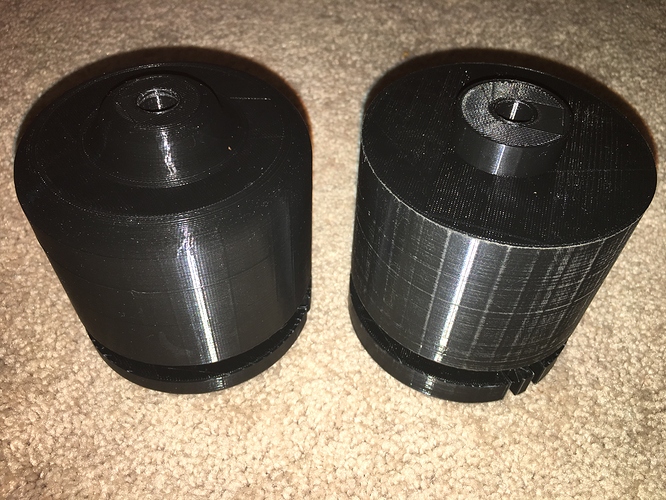 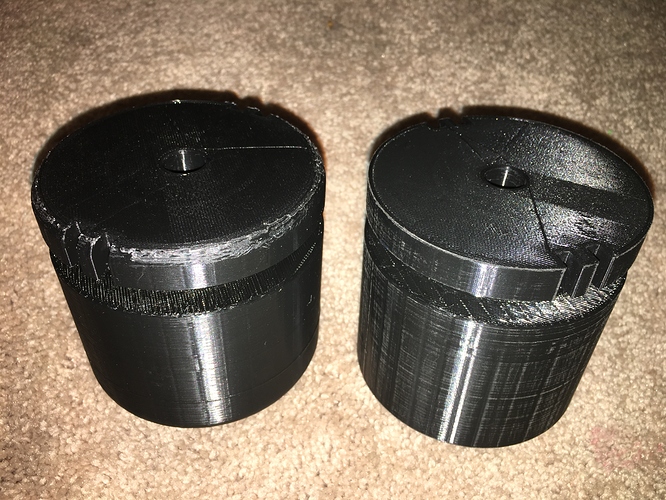 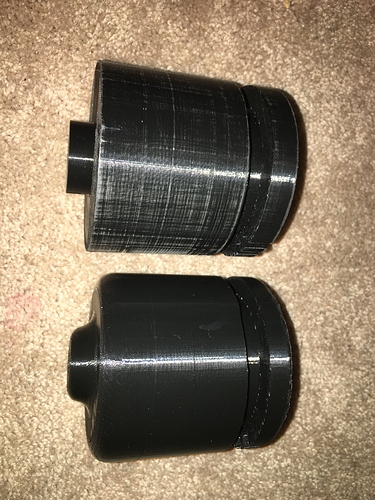 interesting, can you talk about why version 2 is better, they look the same functionally to me?
some 3d printers might have a hard time printing that 1/2" overhang, I would make it 45 degree bevel so easier to print.

Version 2 may prove to be better just because it doesn’t have the edges to catch on anything. Mine was catching at the bottom on something. I’m not sure yet what it was but this should eliminate that problem. It also looks cooler!!! I printed with supports because the over hang is too much. I printed .2 at 10% infill with supports, no adhesion layer. That should be easy for any 3d printer. It’s about a 9 hour print time for my printer. I use the creality 3d printer.

Are you doing anything to duplicate the weight of the router it’s replacing?

I hanged the router to the base. That way it will create the same chain tension. The weight difference of the marker is negligible. But I do want to create something that I can just hang on the base to create the same weight.

Here is a photo of how I hang it. The insert is the original marker holder that I previously used. 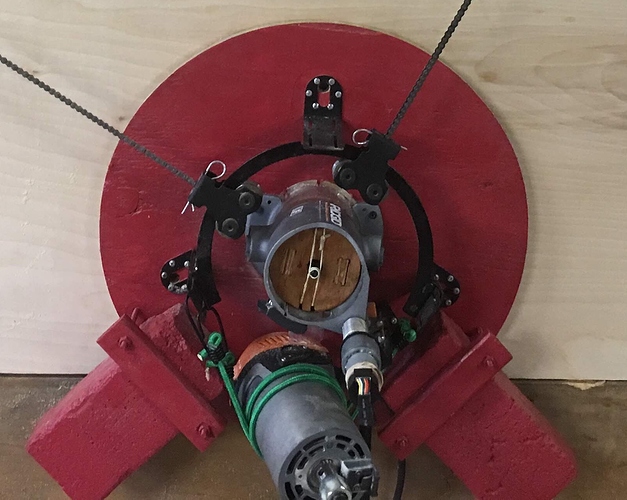 Not sure if anyone’s tried this before, but I was able to just simply put a sharpie mini into the router chuck. Just had to use a little duct tape around the end to get a snug fit. Seems to work great and super simple.

Heres a link for what type of sharpie im talking about: https://www.amazon.com/Sharpie-Permanent-Markers-Assorted-Colors/dp/B000GOZXA2

Also broke a pencil in half and was able to use that to ensure my calibration was good before starting the first cuts.

For what is worth, I’ve been using this 3D printed spring loaded “router pen” bit that simply replaces the router bit and allows me to keep the sled weight and distribution the same as it was during the calibration. It has a finer point than a sharpie (used for calibration so I wanted a sharp line) and the spring allows for some pressure changes. I use Fusion 360 and just tell it to make shallow cuts and it’s been working good with the pen.

I needed a way to run my Maslow to check out some accuracy mods I'm doing without wasting plywood. I saw there were pen holders to replace the router, however I wanted to keep weight of the sled equal to when I was cutting so here is a small 1/4 inch...

The marker in the router doesn’t work because you need a spring loaded pressure on the marker. The force with just the router pressing down will break anything you put in it. The other device that you add was something that we tried before as well. But the height is too high and we had problems making it fit in the router chuck. The 3d printed holder works flawlessly. The weight on it is 177g. That means that it cost me $1.59 to print this holder. I’ve used it to draw over ten large drawings that are complex and it has never failed me.

Gotcha, i’ve been just using the manual z axis adjustment which works but obviously can be tedious.

Just throwing that out there for people that may not have access to a 3d printer or could use it in a pinch.

btw the project looks awesome, wish I had a way to print it out and try it.

if this can be uploaded to thingiverse, you can order it printed and shipped to
you (at a little higher cost than printing it yourself)

I’ll upload it in a few.

This is a Marker holder that fits in the Rigid Model # R22002 router base. It may fit other router bases but has not been tested. I designed this for the Makermade CNC (fomerly Maslow CNC) to accomodate a standard permanent marker. (The marker does...

I uploaded it for you guys.

well, this turns out to not be so good.

one printer lists $46 to print and ship it, one fails to load the model, the
third is still running but hasn’t given up, but hasn’t loaded it after several
minutes

Thank you for this design. I have printed and tested version 2. Worked great!! 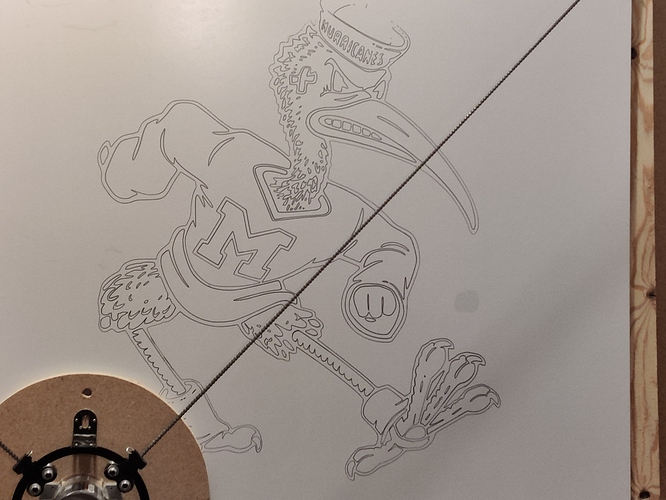 I gave you a like even though its a ridiculous picture of a chicken in a sweater… Go Noles!

Amazing work. I love it. I’m glad someone could use it.