Refining calibration and other questions from a newbie

I just finished assembling my maslow last weekend, and so far it was pretty fun.
I run the basic triad calibration.

As said in a previous post I took a long time making sure that my frame (custom+ wall hanging) was perfectly square so that the top beam is as parallel as possible to the cutting frame.
Before doing my first cut I wanted to make sure the sled would move horizontally along the top side of the frame.
And it almost does… from the center position going right or left by 1 meter it is only sinking by 3 mm compared to the frame top
I don’t really want to cut a lot of test patterns before this is fixed as wood can be pretty expensive in my part of the world. So if needed I’d rather make a pencile holder or such…
I am not sure I actually finished the calibration process since I didn’t cut any of the suggested “test patterns”.
I started looking in the forum for ideas and found a lot of threads on Holey triangles, optical camera (matrix error compensation), and other corrections, …most of them seem to date from 2018 or early 2019 and following the discussion I am not sure if any of them were actually implemented in the (stock) firmware…
I could potentially do trial and error on the calibration params and test using the edge following method…
So my actual question is what would be an easy “non-cutting” way of fixing those 3 mm errors down to aprox milimetric? Is it already somewhere in the ground/web control calibration process and I missed it because I didn’t cut?

P.S. I have installed webcontrol on a raspberry pi4 and it looks very nice with the camera and all.
I also installed it ( so far without a camera ) on a friendly elec NanoPi M4.
I then checked the cameras for the Nanopi M4 and one of them is a 25$ 13.2MP (4224x3136)
that’s a lot of pixels…
And the first thing I thought when seeing “camera calibration” in the forum and the fact that webcontrol had a camera interface was that one could actually use it to track a sticker at the the back of the router to within probably 2-3mm. (and then reading more I saw it was in fact about printing a large banner…)
Presumably that’s not enough for actual calibration because of all the projection matrix errors and such but it could still be interesting as a "camera " supervisor which could pause the routing if the sled is stuck or so.

P.P.S Anyway I’ll first make it work before thinking about that.

Short update, I played a couple of hours tonight mostly with the rotation radius.
I found out that setting it at 130mm (down from the recomended 140) reduced the errors <1mm horizontally and vertically in all position of the board… But since I am using the makermade’s kit I can’t really understand why this value seems to be the optimum in my case. I am able to follow all the edges of the board within <1 mm too…

I also manually measured the motor-motor distance with both laser and tape and got 4001 - 2x20.2mm = 3960.6mm ± 1mm which doesn’t fit with the 3954.17 (I got streching). The difference seems pretty close to a whole step btw.
I wonder if this is due to the fact that I had to order longer chains from here which might have a longer pitch than the stock: 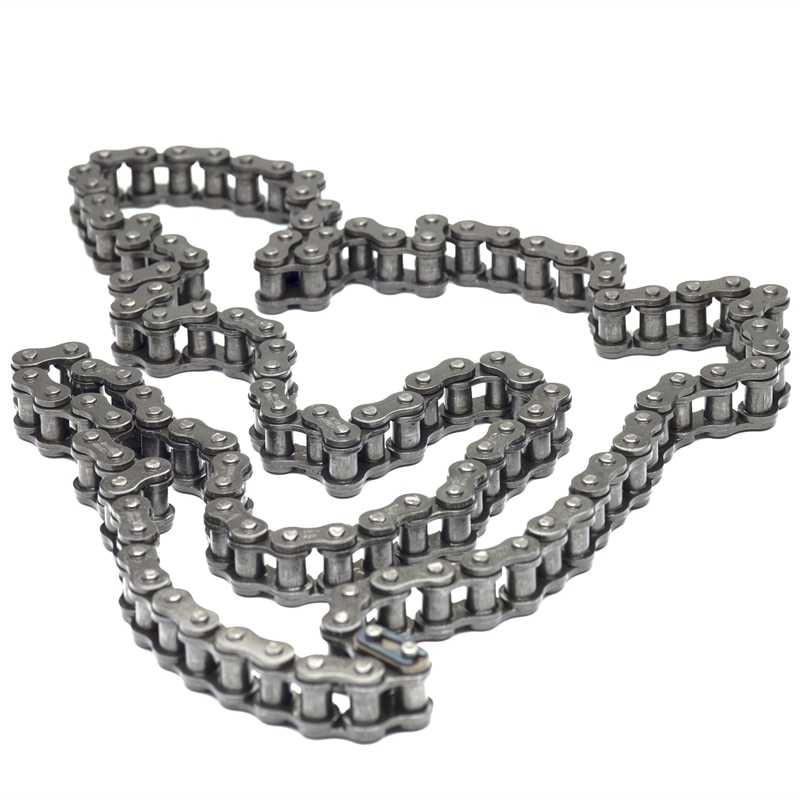 Anyway I am happy to start cutting with what I got. But still would prefer to understand how it’s possible to be well under 140 with the ring…