better to use a tablet, you need the screen size

does kivy run on phone hardware allready? (other then Pi?)

replicant would make a nice remote control for a headless

Has anyone had success with RPi headless? Kivy seems to even be causing some grief with a display, although next is to try it with X rather than without, no mouse, no response ctrl-c or reboot.

I’my trying to keep my machines out of the shop, next stage may be a remote USB if headless is problematic.
Guy

@loucksg Welcome to the group.

Yes - I’m using the Pi3 & new Pi3+, using ubuntu 16.04 mate over a remote desktop with a file upload server. The new + unit caused a snag in needing a new image. I made a new blank image yesterday but haven’t had a chance to test it, then I’d need to up load everything into the new image. I’ve built 2 images of it so far. it takes some time to get it done. I’m trying to down size the image to 8gb card. We’ll see if I can get it all to fit.

There are some post on Kivy work arounds for the pi as well. I’ll try to find then in a bit I’m a little tided up ATM.

Are you using the PI as the head or the client? Just checking, I’m trying to have the Pi as the server running the Kivy software. Most of the posts on RDP / screen capture are great for the remote, however not directing the Kivy output, one of the disadvantages of this framework

Downloading Mate now will try and update on the RDP access, this is a Pi2 however just purchased some new 3+s…
Guy

The Pi is the Head. It is directly connected to the shield with no monitor -(Headless) I remote into the desktop from what ever I want in my network. Phone, Tablet or Computer.

Checkout the Dev shots from here:

I’ve got a Raspi3 connected to the Arduino controller and running CNCJS - A web-based CNC tool. I’ve not had a chance to actually cut anything with it (was hacking on a sled), but it should work. I still direct-connect a laptop to do calibration and firmware updates, though I should be able to VNC into the Pi and do that as well.

I’d like to print some kind of enclosure for both of the boards somewhere along the line. Hopefully this weekend I can try it all out. 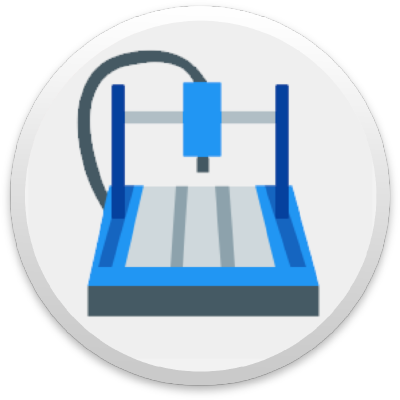