Free Advice - You get what you paid for

[IMG_3474] Ok that disclamer out of the way. KivyPi on my Pi 3 not using a touch screen pretty much is a fail for me. The mouse cursor is missing until you click and move, it then shows up as a ring as if you touching a touch screen. In other words what is happeing in this setup is you mouse is emulationg a touchscreen and it sort of works in the best of circumstances. For me in les then 90 seconds of use it crashes with a menu location error. …

On a Amazon Fire tabled: 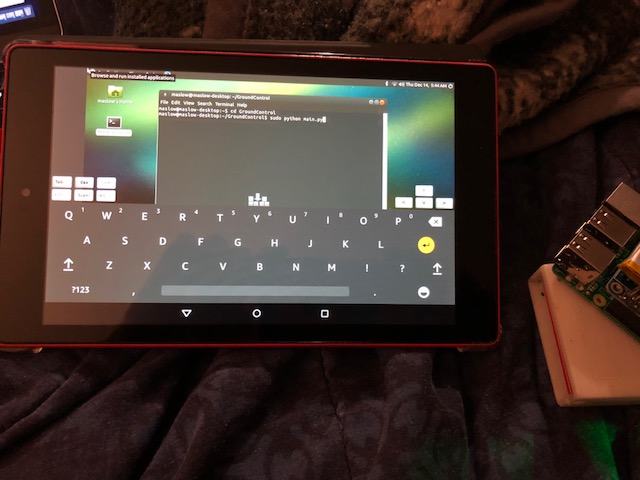 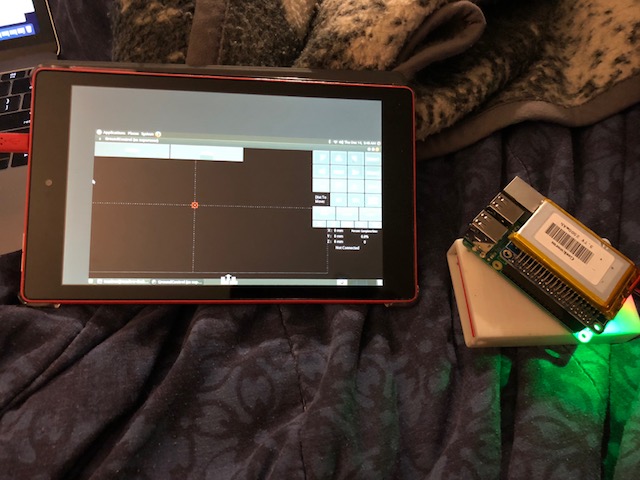 So you are connecting over wifi?

If your Maslow were setup like this we could control it from any point on the internet.

Putting final touches on the project I now call “B ware Pi” , remote control desktop running Ground Control on Ubuntu. Automatic updates of Ground Control. The User is “Maslow”. Ground Control is in the /home/maslow directory. 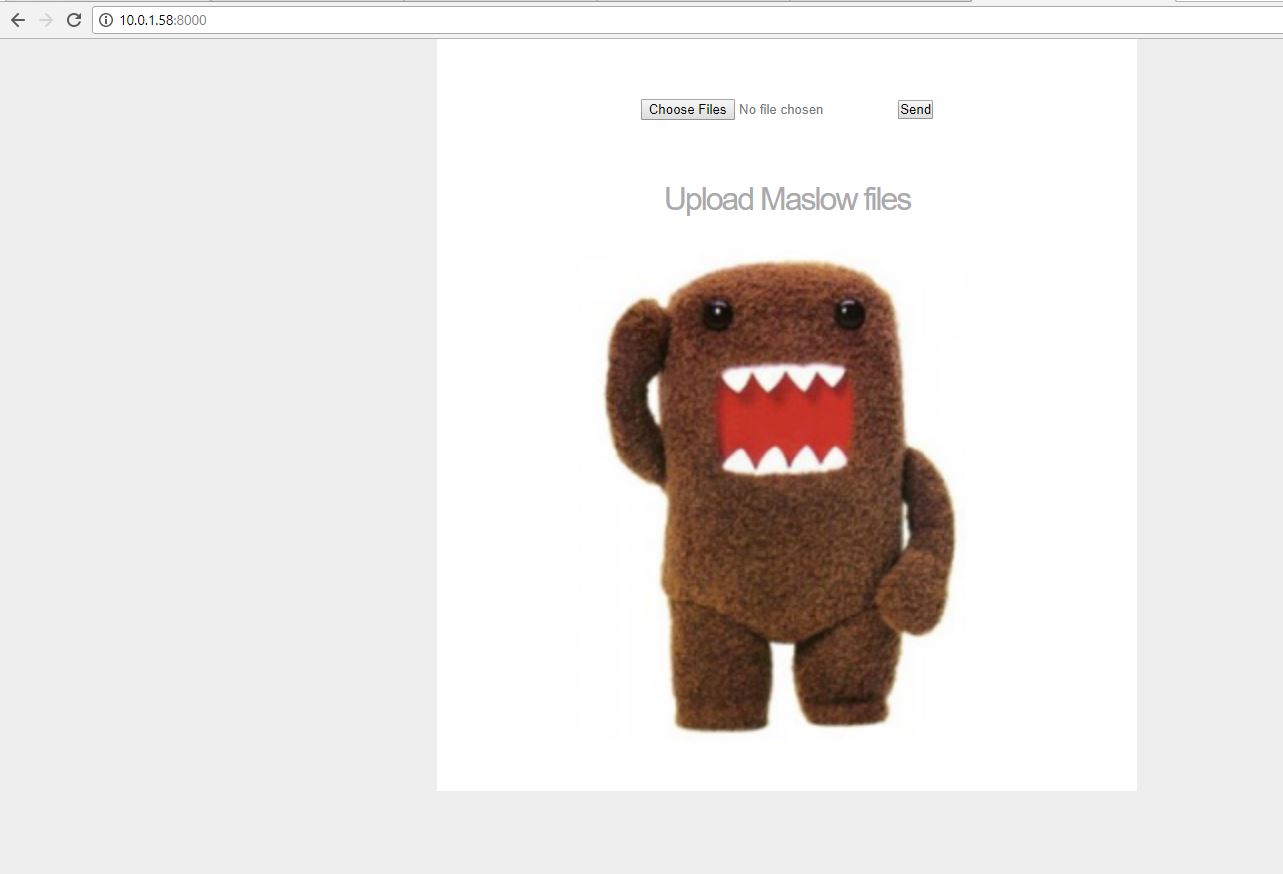 This one is shipping to to a user for testing.

This is amazing! Great work!

Any updates on the new distro?

I’d love to volunteer for testing, i got too many raspi’s lying around gathering dust. Won’t be able to really test it till the end of the month though, when my maslow should arrive. But i would like to be set up by then, so i just have to screw the motors in place, calibrate and start cutting.

Welcome to our group. There is a lot of backend work that needed to be done to track the updates and ensure they are completed. Also I’m still trying to make a headless setup system. So most users wouldn’t need any additional equipment for setup other than the Pi. I’ve been looking to use a ESP8266 or ESP32 to automatically gather data then pass it to the Pi. As it turns out it could be quite a job to get it to do what I want. This is because I need both the “setup server”- So far testing on ESP8266 and the Pi to alternate network settings every other boot until they “talk.”

It looks like this - On the 1st boot the ESP module boots up as an AP you connect to it and setup network credentials - the ESP Module test the credentials and connects to you network. It then writes the information to non volatile memory and restarts in a AP mode as a known “AP server” to send the pi the information. You then boot the Pi and it looks for the sending AP server. Once it receives the information it has to self configure it’s network and reboot to connect to the network. If it connects they life is all good. If it doesn’t connect it needs to reboot and start looking for the AP server again. This cycle would need repeat it’s self until it is successful. 50% of this is easy, it’s getting everything to work in a fall back mode if something doesn’t work, like the network password is changed or the pie is moved to a new location. Also there is the task of encrypting the information and removing the information. All of this on a budget of $10. Writing this out gives me some ideas. There are hooks for headless setup on Raspbian Stretch but I’m on Ubuntu. Also I’m juggling a great many things.

Can you send me a PM? We can go from there. You have RPI 3 laying around?

What VNC client for android do you use? I haven’t found one that has natural touch support, i.e. click on button on screen and it works instead of a moving a pointer around.

I’m just starting to get my Maslow setup. I’ve been thinking about how to do this similar to Octoprint on my 3d printer. I really like the idea of having a camera interface and being able to remotely stop the machine if there are issues.

See this thread on Cameras:

maybe a good start would be www.octoprint.org with a standard webcam even though you can’t use it for cnc.

MaslowCNC and any machinery of this scale should NEVER BE UNATTENDED WHILE OPERATING . Not in the next room, not down the hall, and not via webcam. It’s simply not safe, nor can be made to be safe.

Yea good point. Safety first. I’m just curious though I’m assuming others leave their machines for certain periods of time otherwise id be sitting there for hours. In my opinion though the major benefit of CNC is automation otherwise why wouldn’t I just do it by hand with a jigsaw?

The benefit is repeatability.

I tell the story of a tar pot. I made my wife stand about 12 ft from it in the street while I hot mopped a roof. At 60 degrees below the flash point the lid blew open with a large explosion. Before that my wife had asked why on earth did she need to stand there.

When it happened I explained she was there to keep anyone including the neighborhood kids from walking up to it to see what it was. This was exactly why it couldn’t be unattended while I was on the roof. Same goes for the Maslow. If it is unattended long enough to take a wiz. That is long enough for the chain to wrap around the socket and take out a motor or the shield to burn up from it. There are a few options. A use the pause button. B call someone to watch it while you are away from it. Make sure they are aware of of how to turn all power off if something goes wrong.

Today just in calibrating the right motor turned when it was supposed to be the left. The chain turned into a ball in about 3 seconds before I killed the power. When I turned it back on it kept going until I clicked stop. I thought of it today, the Maslow moves slow, but things still happen very fast.

The benefit is automation. You go from grunt to supervisor. Rather than doing the hard labor you are in charge of managing the work. In the thread about Cameras I explained I was answering a question. The question did not include my views on safety, I added it once someone brought it up. The Maslow is very cool. It’s a tool and no power tool in my opinion should be unsupervised. I would never lock a skill saw on then walk a way for a moment to get a drink or go to the bathroom and leave it running by it’s self. Never trust a CNC device to operate it’s self unattended. I’ve seen to many fail, fail hard and even catch on fire.

Recently a coworker at a company I used to work for left a 3D printer running a long print over night. The printer caught fire and burnt to the ground. They were lucky, they don’t have a fire system and the building didn’t burn down.

The danger is real. Please don’t be a statistic. @mooselake can tell you first hand as he seems to work professionally at rescuing people.

I want all my brothers and sistered in this community to be safe while having fun.

What’s the first step in building the Maslow? Safety First. It’s even a rule at Disneyland. 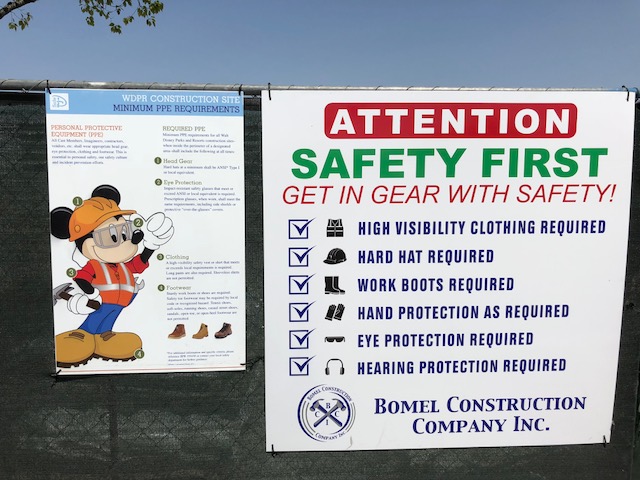