How does it work? It looks like they are using four cables to attach it, right? Nope just two 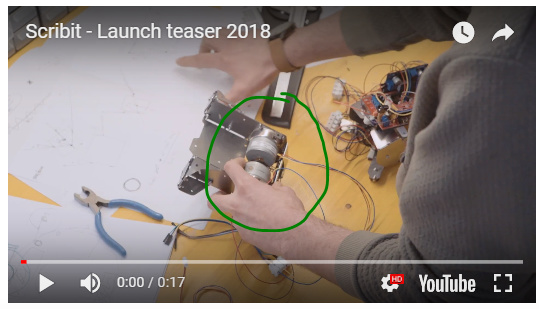 aah, i was gonna try that, just take off the top beam of the maslow, attach it to the wall, put a sharpie in it and draw some kid stuff in the kids room.
If there is no router attached i assume the maslow could work near vertical?

Just make sure your upper mounting points are as flush to the wall as you can get them and mount the wires to the sled a bit from the wall and it should be enough to keep it “on the wall”.

I suppose the interesting thing I find about this particular project is that is has multiple colors, which implies that there is some sort of 'tool head changer software".

or you just do black first, change the color, load the drawing for red, and do red.

I wonder how they keep it from smearing the marker? If you tried this with the Maslow I would think that you would have to be very careful with what you used for a base.

So despite not having even built the frame yet this is a future project i want to do. A large format pen plotter using Maslow. For the base teflon would avoid smears as would slow feed rates and appropriate pens etc. should be a relatively easy conversion using the z axis

Giggle polarbot and/or drawbot, they’ve been around for quite a while. For a while you could buy
a trainer kit to build one.

This one looks nice (with markers and erasers seems to be aimed at whiteboards) and reasonably priced it 250ish USD, but it’s Kickstarterware, TFA is a teaser for their impending campaign. Not to knock KS, lots of us got our Maslow that way :), but it’s high risk and slow delivery