Timing Belt instead of chain

I want to use timing belt and pulleys instead of chain…
How difficult is it to change the radius of the drive pulley vs sprocket?
I know I’m off the reservation here, I’m trying some stuff you guys are probably going to like, but I’m going to get the obvious mistakes out of the way before I share my craziness with the forum…

@cwleveck This crossed my mind several times as well.

On a portable machine a belt may be more easy (transport wise) Using less space and less weight.

What type of belt do you have in mind?
How large is the pulley?

Sorry I didn’t see this earlier…
I have several pulley belt combinations.
I’m just getting back to this after having to take some time off to save the world… Mine anyway.
I’m fortunate to have a rather large inventory if surplus “stuff” I’ve acquired over the last 10 years to play with.
With that said, I’ve run into the same problem I always have…
Hey that thing looks pretty cool I’ve got nearly all the stuff I need to build that out of things I have laying around the house…
Course no chain I have timing belts and pulleys.
And of those none of them fit on the motors I chose which i then replaced with the motors from Maslow. Which worked out pretty well because by the time I got frustrated enough to buy them I convinced them to let me pick him up will call since I live close and even at that I still had to shove it again because as you can probably imagine, I still didn’t have any pulleys to fit on the motor shafts.
Let me take a little break here to explain to you how bad this can get…
I’ve got pulleys that are smaller than the shaft diameter, and others that are too big.
The ones that are too big are double the diameter of the stock ones, which I figured was a little too far off from spec for my liking.
Plus the motor shafts are kind of short. Which makes it a little top-heavy if you ask me by the time you put all that weight on those pulleys that are hanging out way past the shaft and then on top of that way too big diameter, which is really just going to put more pressure on those little shafts…
But the smaller pulleys are plastic with a an aluminum hub. And they’re almost the right size.
In fact they’re damn near almost perfect…
Except if you drill out the Hub there’s not enough material that goes into the plastic so I ended up drilling through the Hub only to open it up too much exposing the plastic within and the Hub fell right off.
I’ll put it some pictures at some point you’ll see what I mean.
The moral of the story is rather than tell my wife I wanted 350 bucks to buy the Maslow kit and wait however long it would have taken for them to send me one, I’ve probably spent at least that much on Parts I’m not going to end up using, and once again my Surplus parts failed me because I can’t find anything to plug into anything else or to fit anything else…
I’m convinced if I bought 50 bucks of The right stuff everything I own would be usable if I could just figure out what that is.
So back to the project. I need to look up the sprocket size, and see what I’ve got that’s the closest to it.
I’ve got plenty of timing belt.
I’m going to use a large bearing that my router fits in the middle of to attach the timing belt to on either side so that the belts always point to the direct center of the bit.
And I think as well as counterbalancing the timing belt I’m also going to tie two bungee like cords to the bottom corners of the router table so I’ve got good spring tension like pre loading a bearing on my router.
Rather than hanging bricks which might swing a little with the lighter belts vs chains.
Ill get some pictures or drawings up here soon so you guys can see what I’m doing.
I got a bunch of linear bearings to that I’ve been thinking about setting up like a Gantry for lack of a better word.
Like an X Y table for a router that the router can sit on to try and make it more precision.
I know that’s not necessarily what this was made for and if I didn’t have shelves full of them it wouldn’t be worth trying.
But if it creates a significant Improvement they’re cheaper ways to do it using rod and shaft bearings.
More to follow.

Good thinking!
I’m also looking into timing belts, just because I like them better than chains!
What are you thinking on belt take-up outside of the pulleys, bearings and bungee cord?

Also interrested in hearing why you’d rather use two large diameter bearings over the pantograph style centering mechanism.

I’m convinced if I bought 50 bucks of The right stuff everything I own would be usable if I could just figure out what that is.

Well, yeah, of course. Just buy what seems right, it’ll come in handy someday. Of course that’s why I have a dozen outbuildings and can’t find a lot of what I know is out there somewhere. Gonna finally organize it this summer, really, this time for sure…

I bought the kit, just make something nice for the wife for your first project

A DOZEN out buildings?!
Command me master…
You know what I say? (Not they, because so far it’s just me…)
One man’s garbage is another man’s garbage…
If you ask their wives, they’ll tell you…
I’ll show my wife and kids. I’ll leave it all behind and when the guys are fighting over my Lagunport Mill and My South Bend and my prize- the VERY last Hendey Tool & Gauge lathe EVER MADE and my 78 Porsche 929 vin # 00053…
And all the other “Dad’s old cars” and my vintage tooling…
She’s FINALLY going to find out what a Suave and talented horse trader I really was…
I mean what did she ever buy that ended up worth anything?
She spent all her money on clothes and groceries and cleaning stuff.
All that money she forced me to put away just to spend it on the kids college…
And retirement money? Give me a break I’m dead what did I need retirement money for???
And all that stupid life insurance I didn’t get to see a dime of that.
I could have bought brand new cars with that money instead of having to buy old ones and fix them up.
How much time did I waste “playing” in my shop restoring old Porsches that none of them would ever drive?
Wife says they are too fast and everywhere she goes people ask her questions she can’t answer. And my kids? Twin daughters who tell me thru won’t ride to school in a BEAUTIFUL car because it uses too much gas??
But I digress you hit a nerve.
But seriously, 12 OUTBUILDINGS?!?!!?
Are you sure they are still free standing?
I went out to my father-in-laws around Christmas and the roof was sitting on the top of all his “garbage”.

Rather, maybe isn’t quite the right way to put it.
I just thought if I attached a bearing to each arm it would be easy to run a bushing through the middle of both of them and BOOYAH!
I’ve been thinking about using a drag knife which would work perfectly that way.

Oh, and for take up, Hmmmmmm.
Clothes pins?
Had not thought that far yet…
Was wondering how an etch a Sketch works.
I mean that Technologies been around for a long time…
Maybe I could improve on that… 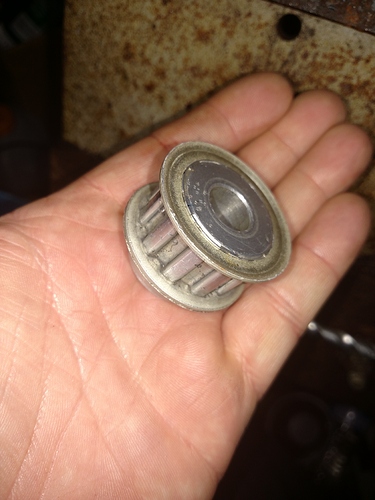 120 year old farm, they liked lots of buildings to isolate fires. The number varies slightly, lost a couple to snowload collapse, built a few. They’ve mostly become full of clutter but this year is going to be a big cleanup project, really.

You win the toys category, although getting a couple of the Fiero collection going again is high on the to-do list.

if you are going to do a cartision frame, look at corexy, it’s what you are
going to want to use.

Actually, I have xy table components in spades…
I bought out the inventory of a shop with 30 years of refitting machines.
A lot of pulls with very little wear and an equal amount of new in box stock.
Linear rail and ballscrews with a smattering of bearings in every shape and flavor.
And a BUNCH of motors in every size and type.
All EXCEPT the Maslow motors of course…

I put a fiero out once… I also helped a guy turn one into a pretty convincing from 10 feet away Ferrari once.
I have a passion for Porsche 914’s.
I’ve got about a half dozen of them.
And I like the 928’s. They have been my dream car since I saw Risky Business and then again in weird science…
So I have a nearly identical 78 and 88 S4 from both of those movies.
The 88 was the poster on my wall when I turned 16. It’s an amazing feeling to actually get the car of your dreams. Especially one that doesn’t let you down when you do finally get it.
It’s a true supercar, to this day. Mines been significantly modified and goes like a bat out of hell.
But the stock ones did too.
Do you have the Fiero GT?
My Dad’s friend had one and I wanted it bad.

well, maslow motors are just DC motors with an encoder, buy some encoders and
you can use any motor.

Yeah, except getting the encoder info was a challenge. And just when I was about to pull my hair out they became available in the store so I bought them.
It helps that the warehouse is near where I live.
Thanks again Bar.
And I do have a bunch of DC gearhead motors. But the Maslow motors are really well built. Not to mention the fact that the shaft has no play when they are off.
And it can be a pain attaching an encoder that wasn’t made for the motor and application.
And finally I wanted to play with the design quite a bit I didn’t want to be changing the motors and the configuration at the same time.
I figured if I got the same Motors and electronics then I should be able to measure the changes in the configuration without wondering how much the motors and encoders are affecting things.

A cursory look at the corexy images peeked my interest. It is something like that where the drive chain/belt runs around the frame, that I had invisioned (roughly) for a replacement to the elastics we currently use, with the chain running along the top of the frame. Seeing you talk about this in another thread today got me excited. I had thought of having a timing belt type arrangement but with a closed loop belt. I hadn’t really worked out any detail, so await the release of new info regarding this.

take a look at this page

with corexy both of the ends of the chain/belt are attached, and you can have
the chains/belt not hanging below the workpiece (so they won’t be sawdust
magnets

grbl supports this quite well, but only with steppers at the moment (although
with something like odrive, you can use brushless DC motor as if they were
steppers)

(And adding an extra sentence for more characters instead of adding a “heart button”?!) 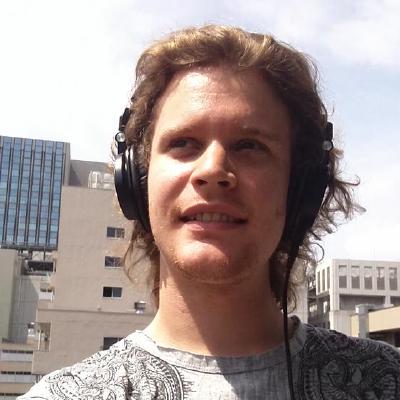