Hello!
I started my Maslow build back in September, and have been hacking it together from locally sourced bits here in the UK. I sourced a couple of motors from Alibaba but have failed to get them working. Fortunately, Hannah and Bar have now made available the Maslow motors, so I’m looking forward to some cutting action in the new year. I ground to a halt in October, the electronics ground me down and life got in the way. But now I have motors on their way I’ve got a new burst of enthusiam and decided to get prepared by developing my sled and frame.
I have a Trend T11e and a Katsu (makita copy, probably same factory, different label) laminate trimmer. I aim to make sleds for both, but started with the big one: 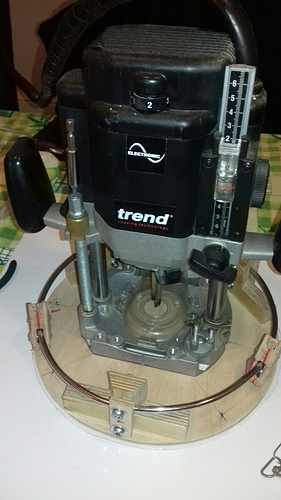 Skype_Picture (7).jpeg675×1200 92.1 KB
The Tend is a beast and quite heavy, so my reckoning is that it’s own weight will likely be adequate, maybe with a little balancing/tuning. I’ve made the sled out of 7mm ply and attached a sheet of polycarb to reduce friction. The base seems to be small enough not to flex or warp, and being thin allows me to stick another larger layer under the current one if I experience sled instability issues, which is likely given the weight of ‘The Beast’! 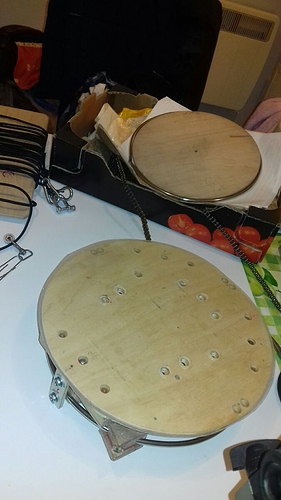 Skype_Picture (2).jpeg675×1200 80.6 KB
I had a couple of stainless bars that I bent into rings. This was really difficult and made my hands ache for a while. I cut a ply disc around which to shape the bar and just kept working it until I was happy it was circular. I made two and one still requires a some fettling. 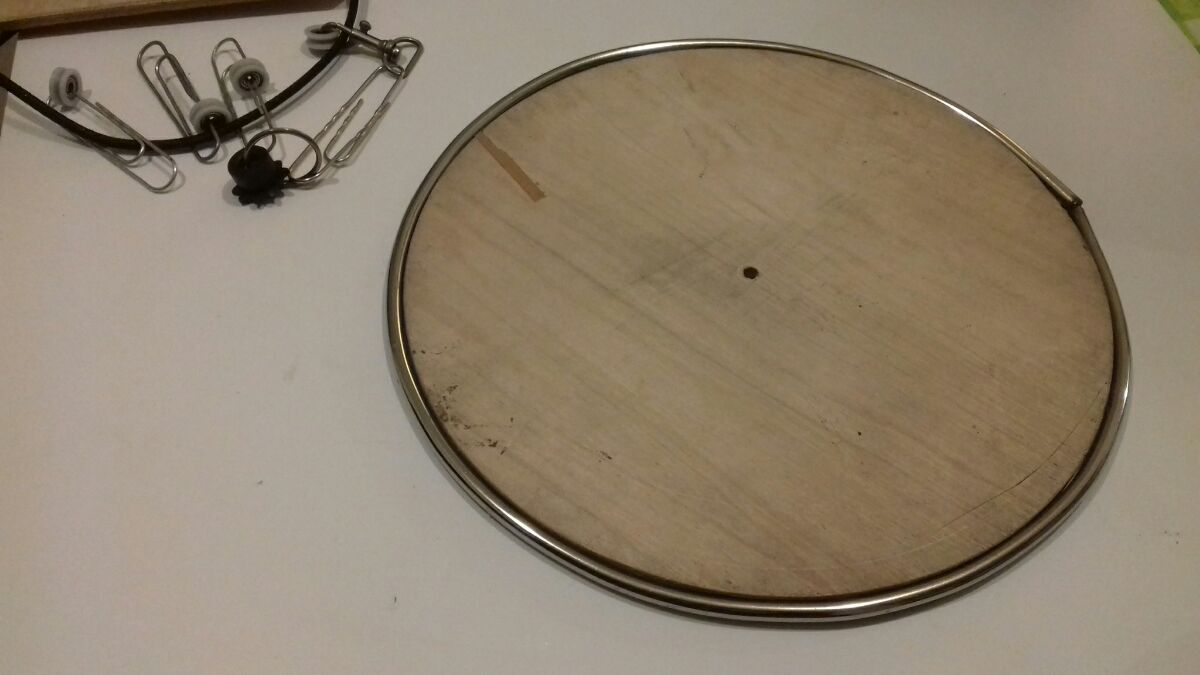 Skype_Picture (3).jpeg1200×675 63.7 KB
I made ply mounts and glued and screwed those to the sled, made captive nuts to pinch the ring. This enables me to adjust the ring height (a little). 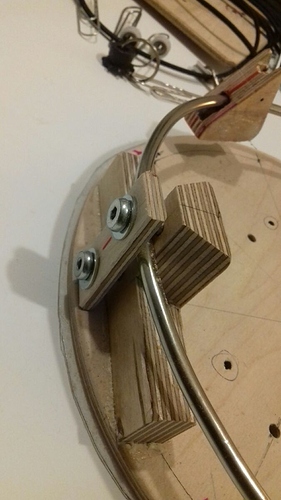 Skype_Picture (5).jpeg675×1200 77.3 KB
For the chain carrier pulleys I used a pair of V-bearing rollers in each block. The blocks were whittled out of ply triangles. The blocks are lovingly encased in hotglue for the full-on ‘homemade’ effect, and to keep everything in place. I ended up cutting shims from credit cards to mitigate some sloppiness in the blocks caused by over-zealous whittling! 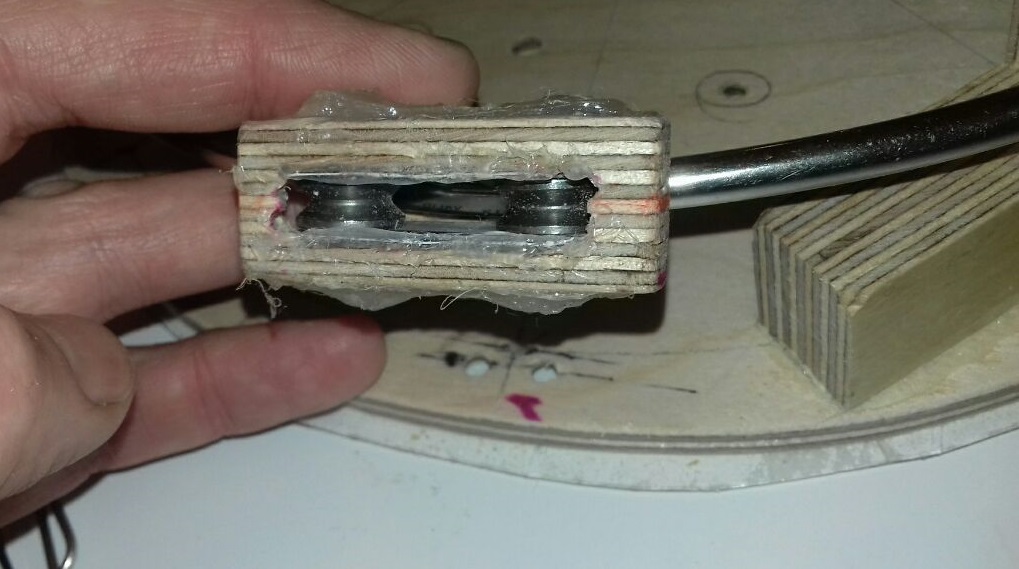 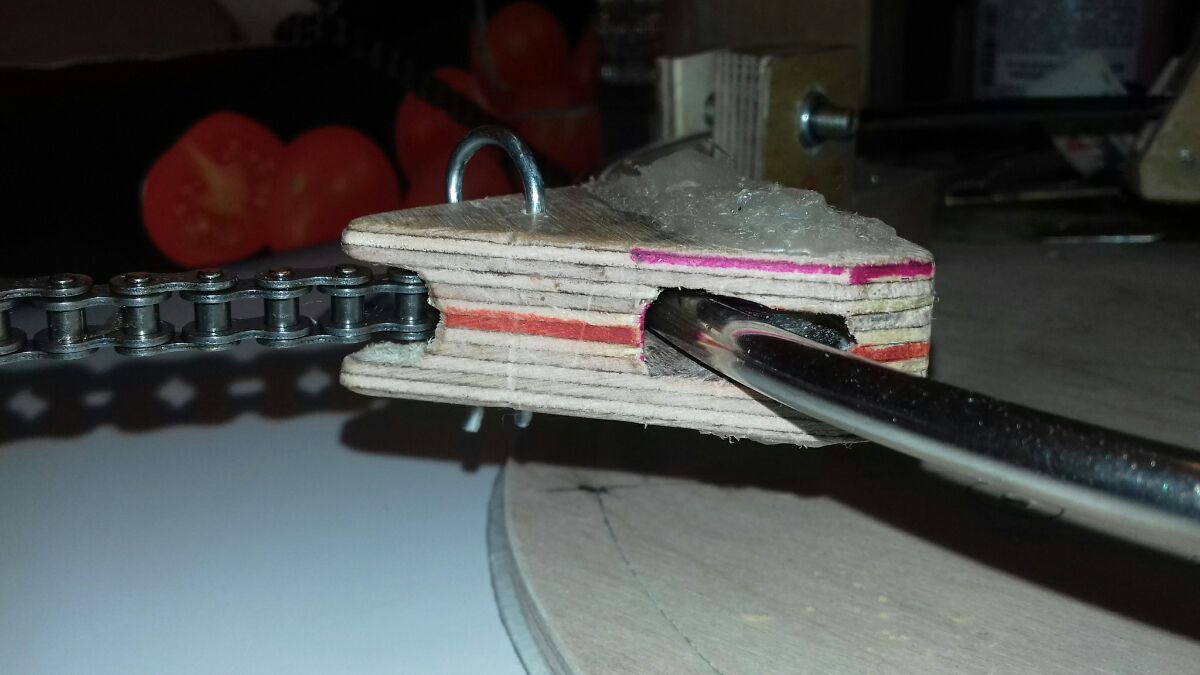 It’s all a bit rough around the edges, but seems to move freely and is pretty sturdy. The test will be when I come to hang it with The Beast attached. 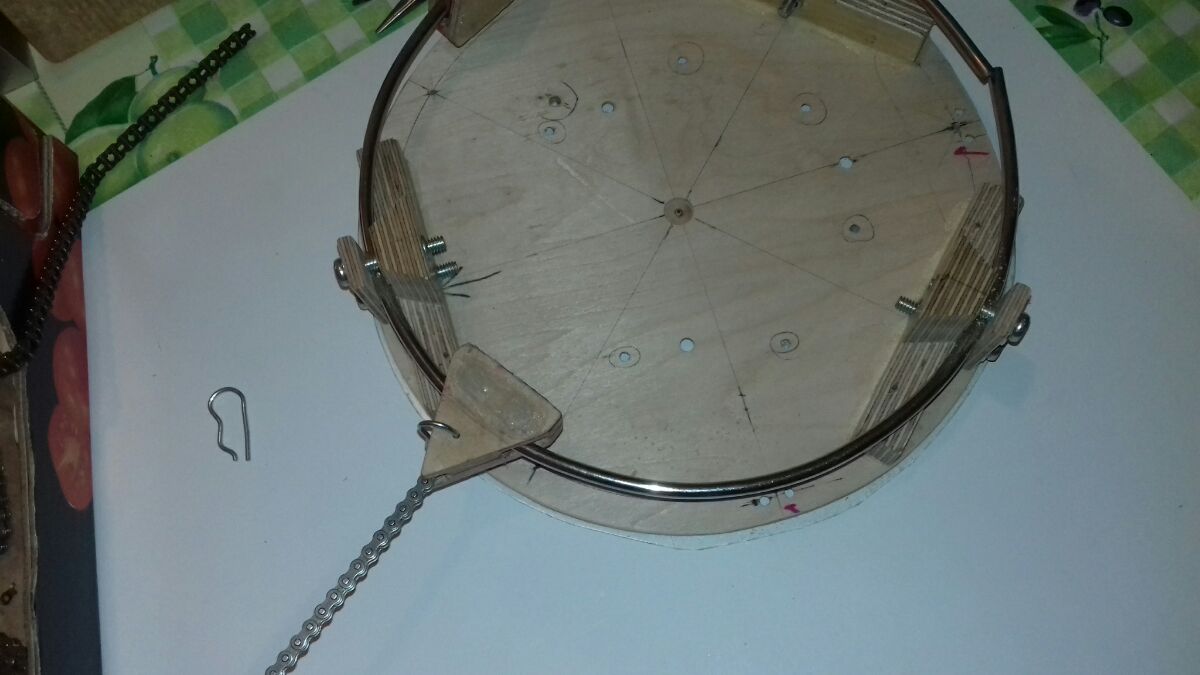 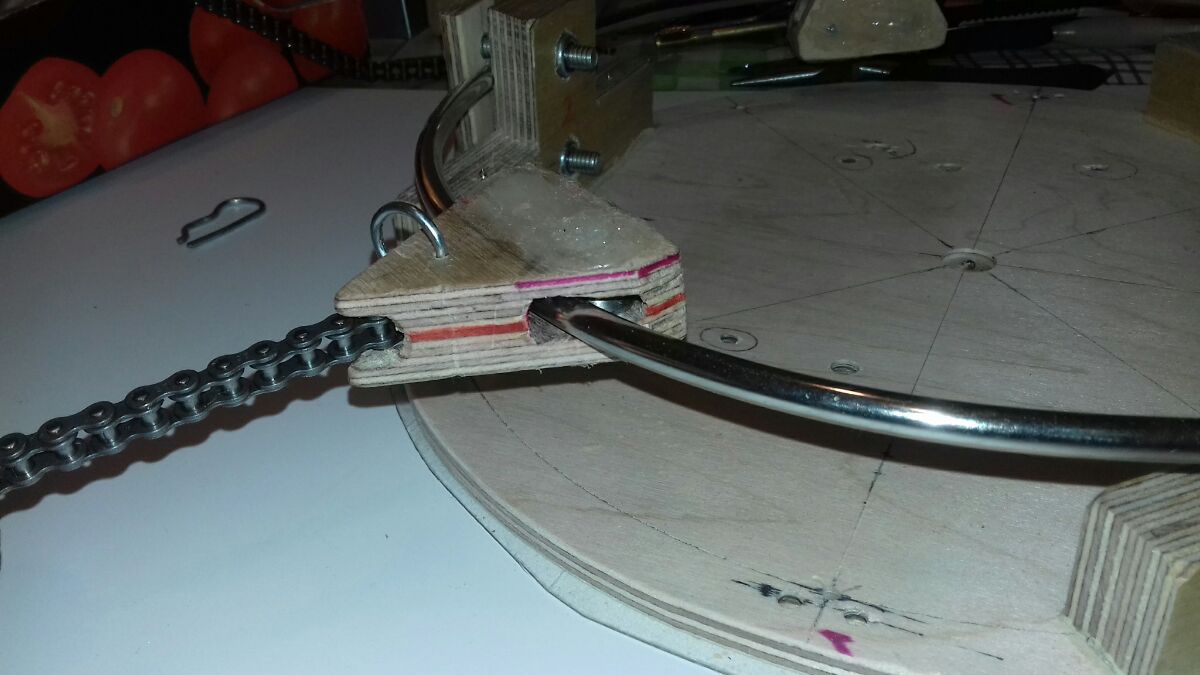 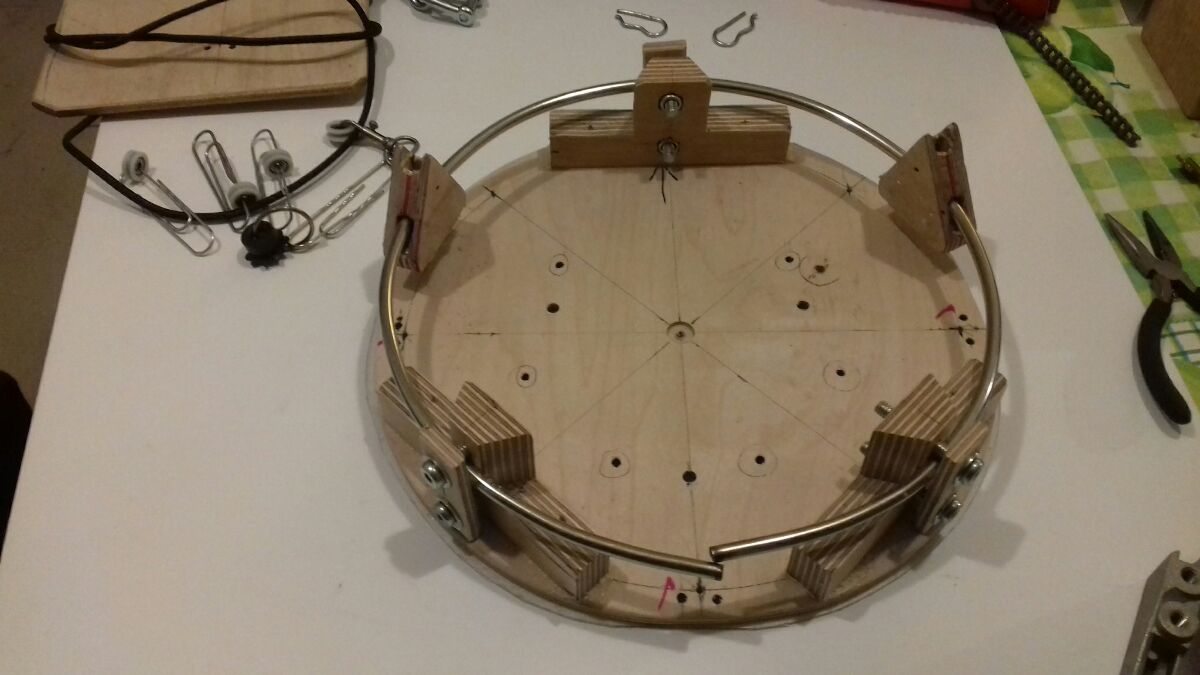 Please let us know more about those routers.

Are these Makita clones good options?

The Trend is a 2kW model with a built in lead screw lift. This I’m in the process of designing the Z-axis for, which I think I’ve just solved. It’s a fabulous router that I’ve used for making stairs, doors, kitchens, and I love it. It is most certainly not lacking in power, or anything else for that matter, other than the motorised lift, but I’m on the case. I have the Katsu trimmer for lighter work, and have also used it in a ‘mini’ router table to make a batch load of components, during this it was operating for 20-30 minute intervals repeatedly and it seemed to like it. I’ve not used it for days on end, or on site, so don’t know how durable it is. But has the replaceable brushes ports. The instruction manual that it came boxed with does have the Makita address in small print on one of the back pages! It is sturdy, and well made, and I’m very happy with it, especially as it came in at under £50. The problem I foresee with using it for the Maslow is adapting the lift mechanism it has into a motorised version. It’s current rack and pinion gear setup has a lot of slop in it. However, a well placed bungy cord may help mitigate some of that.
I’ll post updates as soon as I’ve got them running Maslow.