I saw a quick discussion on a vertical/portrait frame but didn’t see too much discussing the pros/cons. I, like others, have a 10’ garage and if I could use more vertical space than horizontal that would be preferred.

Here is my quick, and very newbie thoughts:

Cons
-components are much higher to reach (motors, work pieces, etc.)
-might need to widen the base to give more horizontal distance between motors a bit so at the lowest position the chains to the sled aren’t so vertical (increasing stability)
-also don’t know if there are any limitations to the linkage kit with the chains being much closer (10 o’clock and 2 o’clock)
-possibly need longer chains although the working size hasn’t changed so perhaps not
-due to the higher frame, your sloped working area would force your frame footprint to be deeper (base would need to be further from the wall)

Maybe I just talked myself out of it due to the cons. Perhaps this could be helpful to others and still worth quickly discussing.

That’s a good summary.
I’d add to the ‘con’ list that some form of slack chain management would be very important, because the sprockets will be out of reach. @ledsled had a different approach to chain management that might be appropriate as well. Otherwise, you might need some more aggressive ‘stretchy string’.

another con, the chains get closer to vertical (if you aren’t careful), which
really hurts your.

This means yo save far less space than you would think.

Yeah, I forgot about the elastics and I realized I’m not saving much room since the base will have to be wider. Funny how we love how big the work area is but struggle to find room for it. Still much better than a horizontal cnc. I’ll have to make it fit where I can with the stock frame.

I have a tiny shed that would just be bigenough to house a full size frame, though that would force me to empty the whole thing out just to house the Maslow.

and i probablly will do that.

I must however find a creative workbench alternative. (and that would make a nice project for the Maslow itself) a wonky workmate isn’t really an option… maybe temporary…

For people who don’t have much space it would be cool to have a less space consuming alternative somehow.

For instance a pergola machine? strap 2 motors to a pergola of some kind and in the summer grow kiwi’s on the frame… A very fruity maslow…

The top bem approach lends itself very well to temporary setups, as you only
have the one part that’s at all critical. And you can make that beam collapsable
to some extent.

The top beam can be hinged to a wall easily, and everything below that is just
to hole the workpiece in place.

a PA truss beam could also be an option. 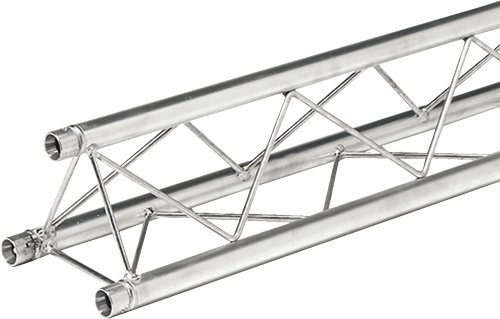 I think both are too complex overkill

simple u-struts or straight wood will do for the beam

the plywood I beam is mch lighter but more ridgid then a bigger size 2x4 that’s why i added it, But yeah it is more expensive as it is ‘engineered wood’

The Trusses are also available in smaller lighter versions, thse could be very handy for portable use, as thet are easy to assemble and easy fit in the back of a small car

My Idea is attach the top of the frame to the ceiling, then have some pulleys to pull the bottom bit up using something like https://www.aliexpress.com/item/Canoe-Boat-Kayak-Hoist-Pulley-System-Bike-Lift-Garage-Ceiling-Storage-Rack/32677375149.html

hmmm indeed, hide the machine as a fake ceiling when not in use

I have a tiny shed

Bar’s already proven that you can build buildings with a Maslow so a bigger shed is just a stack of plywood away. Way easier than removing 700+ drywall buckets of rocks and dirt like the new mooseshop

Hehe, thats the next step.

You might think about making it on a trailer and having a traveling Maslow. Might help with the property taxman

There has been someone who built a machine that folded to the cealing.