I took some time off from working with it. It was mostly working at the Marietta Maker station in Georgia and I moved it back to my basement after they got a legit expensive CNC. 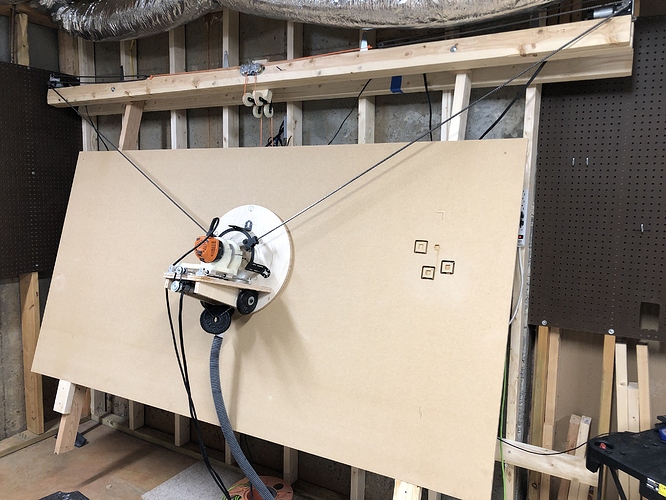 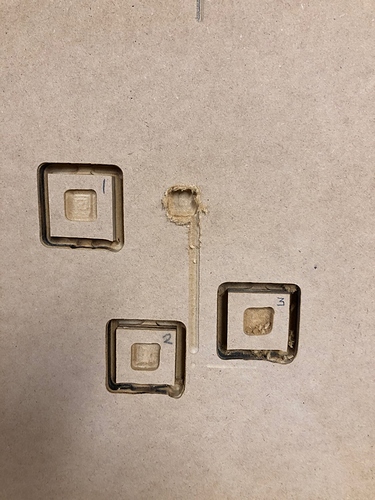 I found that when cutting right to left it goes straight. When going the opposite direction climbs up a bit. More weight may make a difference here, i added 2.5 pounds I have yet to test, but if I could just get all cuts to go right to left and suffer the inceased time that might work well too… havent found anything that will generate this gcode though, might need to edit something open source to test it out.

I know this covers a lot of topics Id be happy to break out any into separate threads if interested. I just did a bunch of things, some more successful than others and thought I’d share. I want to fix some of the calibration issues before cutting anything nice

as a quick follow up. I had to raise the ring kit position to make the sled sit flatter, and reposition the ring kit to be more centered on the router bit. Ater that it got much better. moving on to smaller details.