Why do routers spin so fast?

Is it because “by hand” we tend to be a lot more aggressive, so “rubbing” isn’t an issue?
OTOH, to cut aluminum, you need 30 IPM at 6K RPM, so… maybe I should be cutting metal instead?

It looks like Maslow can do “fine cuts” 1/4" at a time… (and that’s what I saw with the upcut bit - looks like new, shavings were good)

This is a really great question…I have no idea. Most of the routers with only one speed have a speed around 23k and there is no way I use it that fast by hand.

Or high speed is how you can advertise buckets of HP, and is easy to get with universal motors?

Routers have been designed to cut wood, and generally speaking, wood requires higher rpm’s to cut cleanly. The problem we run into here with the Maslow is feedrate. Most CNC machines have no trouble feeding at the correct speeds for the rpm range of the router. Because the Maslow is limited to 1,000 mm/min, it can’t keep up with the RPM of the router. Ideally, we’d want less than 10,000 rpm for two flute bits to run without burning up. A good compromise I’ve found is to use single-flute bits. This effectively halves your rpm from what a two flute bit would require.

A better route to go if you want a larger range of RPM is to buy a CNC spindle. You need 220 power to run the VFD, but said VFD will give you much more adjustability in your spindle speed.

You can get 120V VFDs. AvE has discussed them on YouTube along with a lot of other tubers. Worst case you derate a higher wattage spindle to stay within the current limits of your outlet.

I’ve seen some recent discussions on cnczone about air cooled spindles being about as quiet as water cooled ones, and both being quieter than normal cutting noise. I’ve only seen a couple water cooled ones (I paid QU-BD for an 800W 120V water cooled, got promises and excuses but no spindle) so I can’t compare them.

CNC spindles will out last router’s by a significant margin, COTS router’s aren’t designed for our long continuous run times

You can get 120V VFDs. AvE has discussed them on YouTube along with a lot of other tubers. Worst case you derate a higher wattage spindle to stay within the current limits of your outlet.

I must’ve missed that episode, because I did not know that. That’s pretty sweet!

CNC spindles will out last router’s by a significant margin, COTS router’s aren’t designed for our long continuous run times

Yeah, they are a good choice if you’re willing to shell out a little more $$ for them. They also tend to have less run-out than hand-held routers. I’m planning to upgrade my machine with one in the future. I would like to source a good ATC spindle, but that’s hard to do without breaking the bank. If I can’t get anywhere with that, I’ve been eyeing an air-cooled 2.2kw spindle on Fleabay.

but Home Depot does offer a lifetime warranty 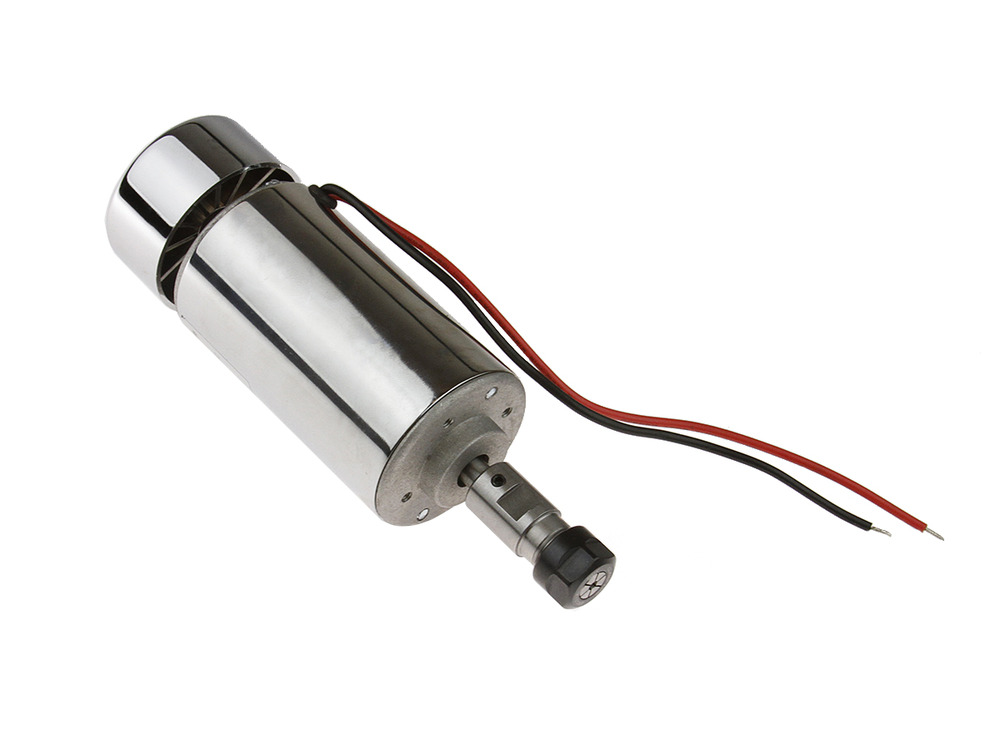 Add a strong and very quiet spindle to your CNC router

The baby version of a VFD controlled bldc spindle.

I have very vague ideas about using one of these to build a CNC rose engine, but need to build a manual version (not to mention the idled for winter shop project) first to learn how to use one effectively. I’m learning towards a Jack Chick Rose Engine, not up for the price of a Lindow or Mandala, let alone a Holtzapffel