I wanted to share the progress on my metal frame for the Maslow. I don’t have my kit yet, but trying to be prepared for when it arrives.

Construction is 1-1/2" 16ga box section steel, mig welded together. The frame has a 14’ top beam, with 30" of separation between the beam and the work piece. I put supports in for a 1’ skirt around the work piece if needed. I just have the basic frame done so far: 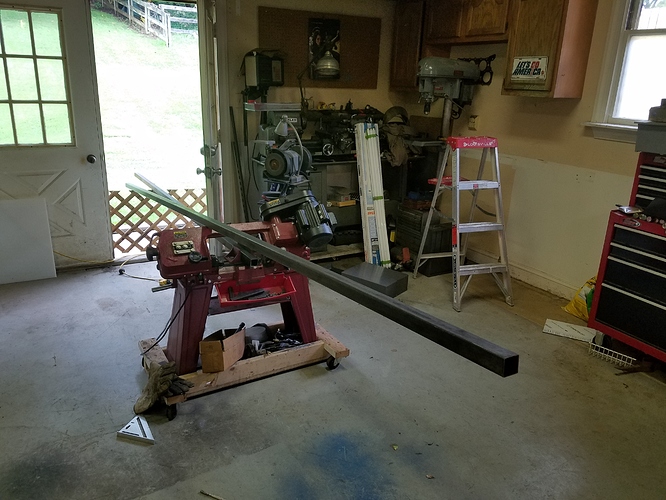 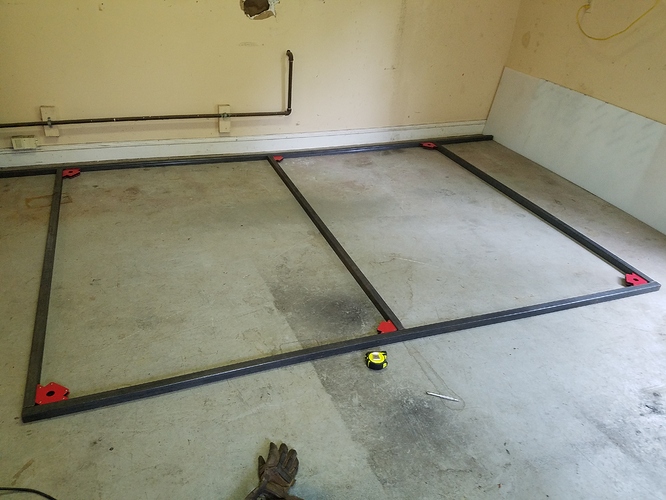 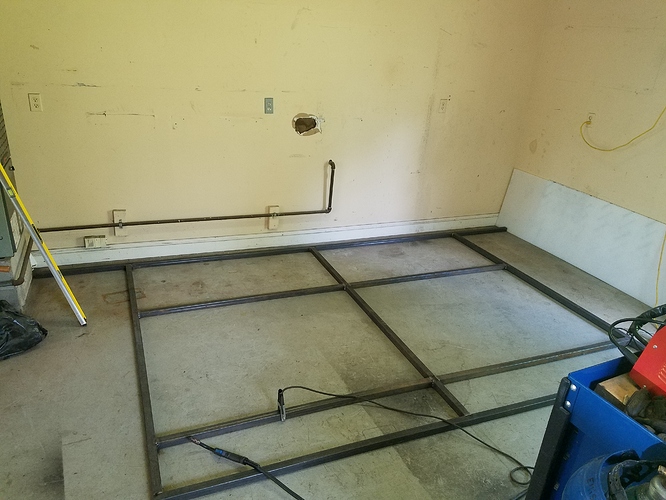 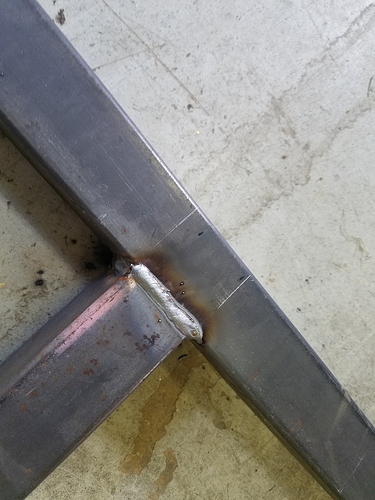 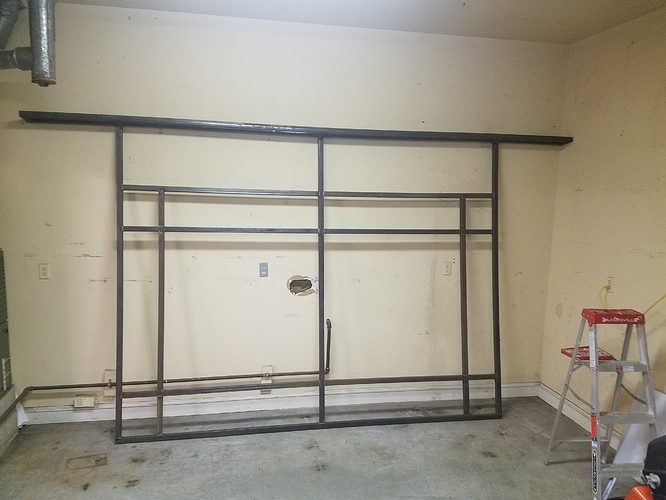 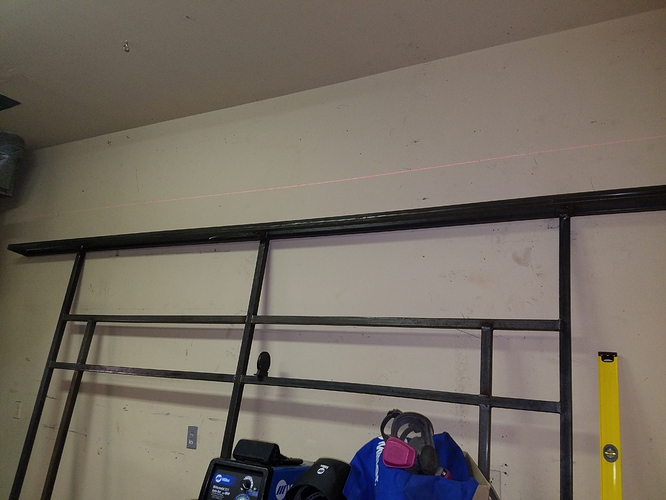 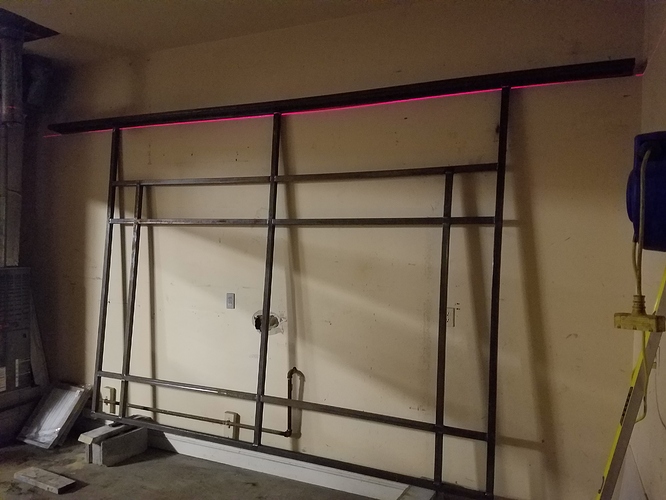 Most of the projects I want to do with the maslow will be things for them. 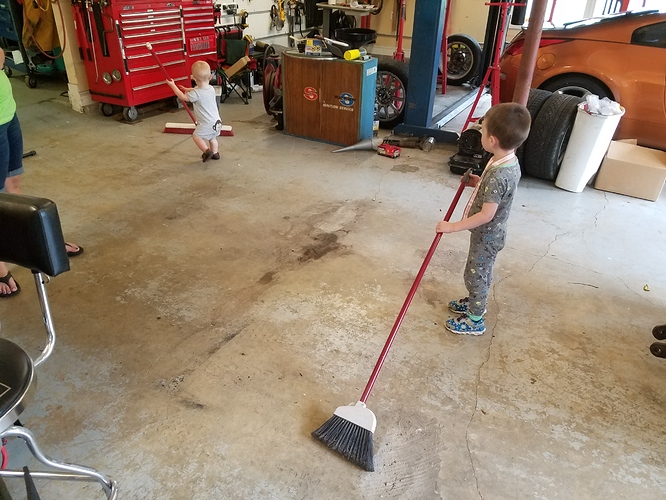 I still need to weld on hinges, and figure out the struts to keep it at 15 degrees.

It’s hard to see in the pictures, but does the top beam sit forward of the rest of the frame?

it looks like you’ve made the same mistake that several others have made recently, and made the top beam flush with the rest of the frame.

The pictures don’t show it well, but there is a 3" spacer between two 14’ pieces of box. From looking at the different frames, that seemed to be the common spacing. If i need to move it out further at some point, i will, but I figured that was a good starting point

Maybe this is a little clearer 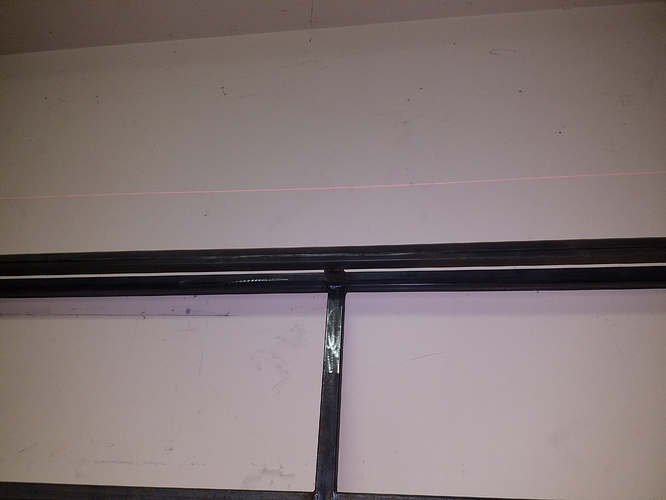 this looks like the set up i am about to take on. i currently have a regular maslow set up and i wanted to make one that was capable of cutting edge to edge. these were the numbers i came up with as well. have you finished this set up yet and or had any success with it?