I’d say about 85-90% of my open source parts have arrived. Just got the two motors. Though now that it’s down to the last few bits and pieces it feels like parts are taking foreveeeeeeeeeeeeeeeeeeeeeer. 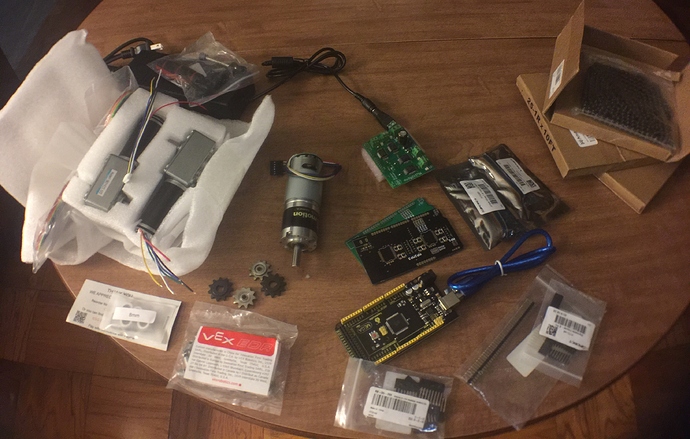 The waiting is killing me.

Oh don’t you know it. None of the connectors have shown up to make motor cables. Really thought they were going to show up first.

While your waiting I would take a part one of those worm gear motors to make sure they are all metal gears otherwise they may have a short life.

Though they might actually be a little to strong for the project. I’m estimating 3.5-5x’s stronger than stock.