Before I make a mistake ... please review?

This is my first time using a DXF file as source and using DXF2GCODE.

In the shots below you can see the DXF2GCODE output and in the second image what it looks like in WebControl. 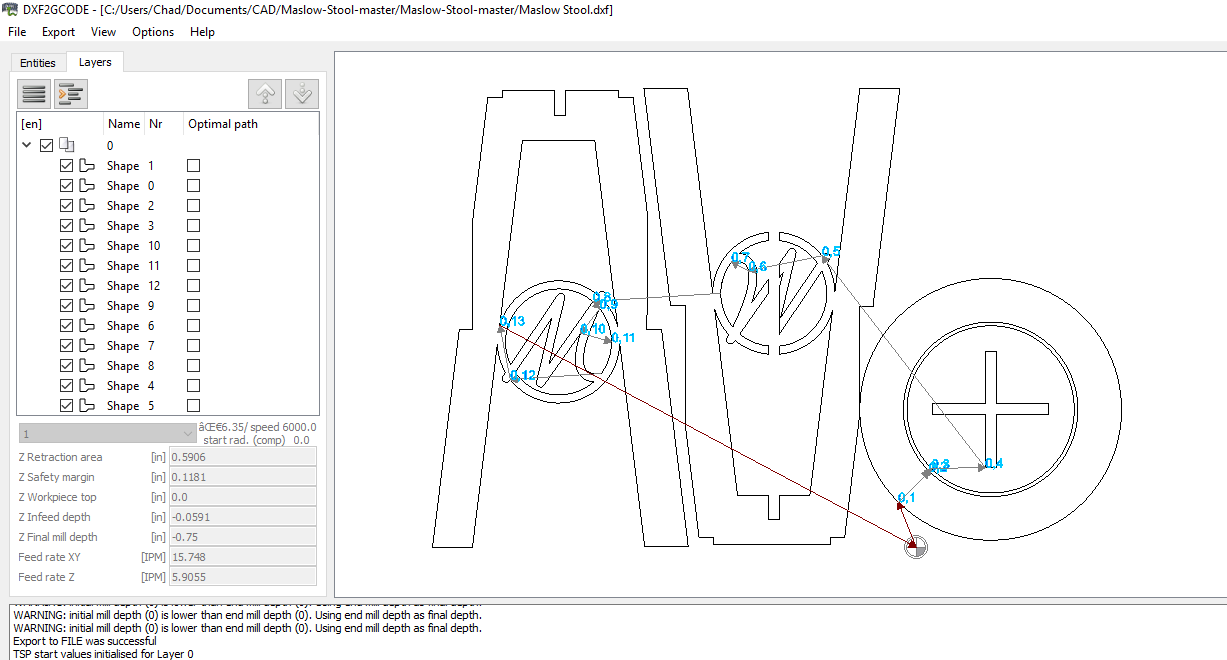 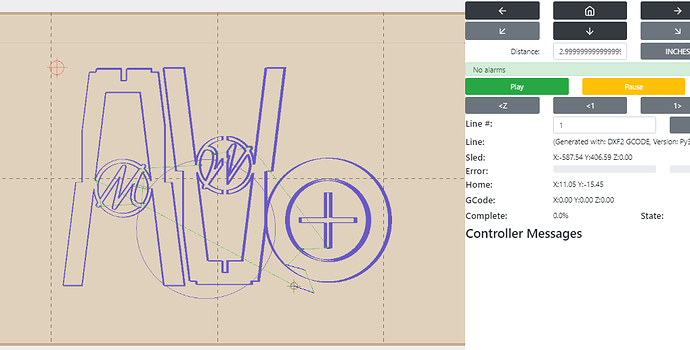 Not sure about the circle, but looks like your in 3d and it is rotated slightly. Forgot how the view buttons are labeled but I think try ortho and hit reset view.

Edit: Unhighlight 3D, make sure it says orthogonal (not perspective) next to it, then hit reset, and zoom in as needed. You can highlight 3d again at the end once you have confirmed this was the issue.

My best guess for the circle is the final sled file.
I’ve not looked at WebControl in a bit and, if you can find an option to clear g-code, use that then upload the stool file again

in webcontrol they look wonky because it is trying to illustrate multiple passes. Each blue line represents a different depth of cut. If they were exactly on top of each other, you would not see them. The will not be wonky like that when it cuts. You should also be able to change the webcontrol setting to view in 3D and then it will probably look better.

I’m concerned about the big circle. Are you able to upload the gcode file? What might be happening is that there is a gcode command (an arc likely) that is not rendering correctly and instead of being a small CW arc, its a large CCW arc (same start and end points, just going in different directions). It might still cut fine, but I’d be interested in the gcode file to see if we can figure out exactly what’s going on.

Well, it’s hard to find issues with gcode, but what I did was loaded the file into Estlcam (which produces a preview) and it has problems there was well… 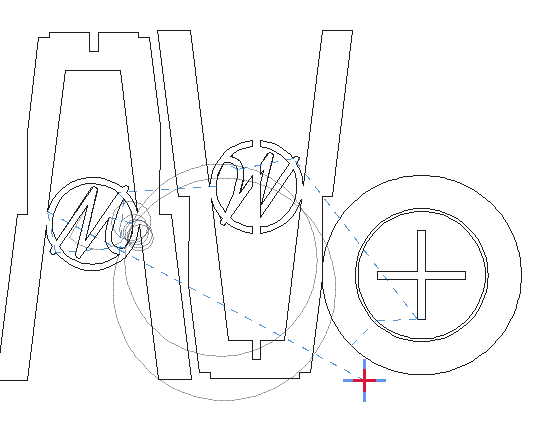 So, if two programs produce similar/same results, then its likely the gcode thats a problem. You may be able to narrow down where the issue is occuring by deleting gcode until you find the spot that causes it, but I’d suggest trying to regenerate the gcode or perhaps try a different CAM program than dxf2gcode.

This is another question worthy of this sub then…

The file I have is DXF and I have no clue how to use that in JSCut.