I have built the default frame and what I quickly learned during the first calibration attempt is that I cannot use the sled in the bottom corners to cut the 3rd and 4th cuts because the kicker sticks out 1" beyond the 3/4" plywood back board. I have never done the calibration cut test because of this and when I need to use the bottom corners I have been flipping the wood so the bottom is on the top.

I now need to calibrate fully. What are others doing so that you can cut the entire area without the kicker interfering with the sled?

Hope you don’t mind me asking. What is a kicker on the Maslow.
?

Have not built my frame yet as am waiting on the next shipment of kits for mine to show up. Can you not just trim the kicker so it is flush with the standard material thickness you are using? You could then add kicker shims that dowel into the end of the kickers for thicker materials.

I believe the kicker is the piece that sticks out and supports the workpiece.

I cut mine back so it only sticks out from the waste board by about 1/8" as this is the thickness of the thinest material I plan to cut.

You could always make a kicker with a slot so that it can be adjusted.

With only 1/8 inch sticking out, you have not had any issues with the work piece slipping off?

Adjustable would be a nice solution. If anyone has done this, I would love to see the design.

No issues. The kicker is only there to hold it up until I can rigidly mounth my work piece to the board. I also have temporary stands I can use to support heavier (3/4" ) boards.

I have altered my entire frame. I braced it above (as to lower the entire thing) before completely removing the entire kicker/ brace. I then put 2x4 from the bottom of the stock material (already attached) all the way to the floor. it is even cut at 15 degrees like my new legs. 2x4 is 1.5" thick and so is = to the wasteboard + workpiece combined. I put two screws in each side. this way when I get a new stock piece it will have somewhere to rest until attached. Virtually adjustable because you can easily replace with a different thickness of material. Something I plan to do in the future is run an entire 2x6 around the entire workpiece like a frame to act as support when the cuts go all the way to the edge.

The original frame had a 2x4 across the entire width, when we did the new frame,
Bar wanted to avoid having that (as it could catch the sled if you are cutting
thin stock)

when I designed the frame, I wanted to make it so that it was easy to get all
the measurements the same, so I took the ‘story stick’ approach of measuring
with pieces of wood rather than a tape measure (if you use the same piece of
wood, you will end up much more consistant than if you are using a tape measure
in multiple places)

I plan on making a support that has a ~6"x8’ vertical board connected to a
~6"x6.5’ horizontal board that has slots cut into it so that I can slide it in
and out so that the vertical board is always flush with the workpiece.

I would love to see that when you finish it.

I hope I’m able to capture what you want to see.

Hopefully you can see the step up in the back that I had to accommodate for. While fixing this problem I thought I would also address the fact that it is very close to the ceiling under a loft. And of course the “kicker” is exhibited in the pictures I’m going to try to upload. I personally considered it to be called a kicker because of the way it kicks back for support and this is not that support. this is however temporarily supporting the stock until it’s secured to the waste board / frame. 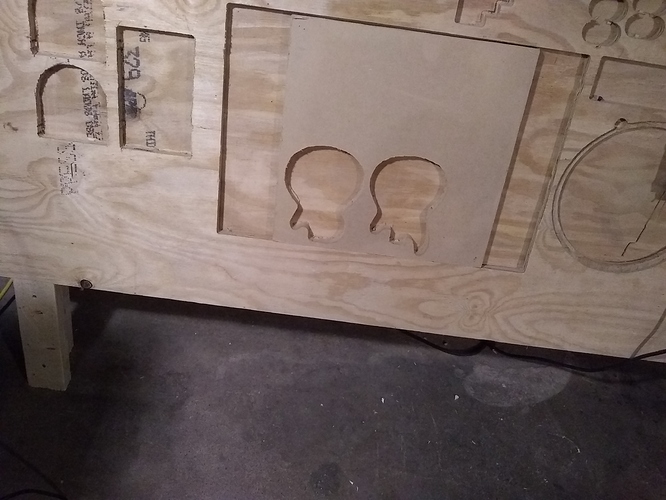 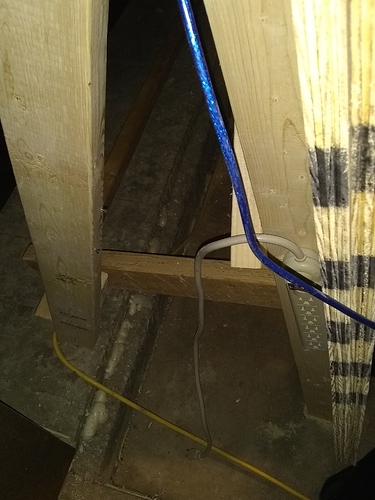 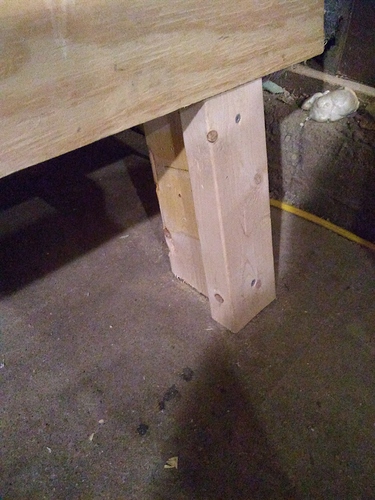 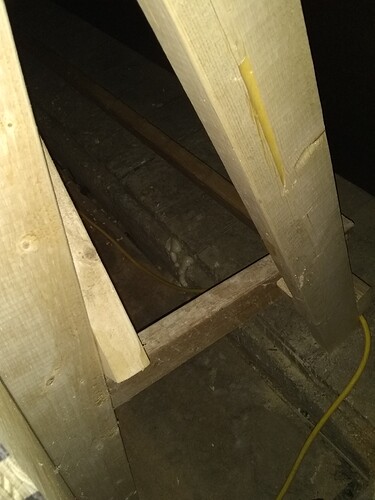 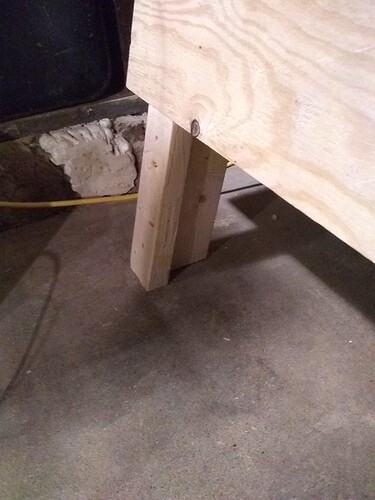 Thanks, now I understand what you have done. That will go into my idea cache for working on my solution.