My parents are avid campers and with mothers day around the corner i made this camper sign. When camping people hang these at the end of there sites to introduce themselves to other campers. Designed and G code using easel. The logic of there G-code doesn’t seem to make sense- it will finish a letter then go down to another word and back and forth. IE T then G etc. Used some shipping create plywood that i got off craigslist. Sign is around 20x20. 90 degree bit, full speed, about .05 per pass. 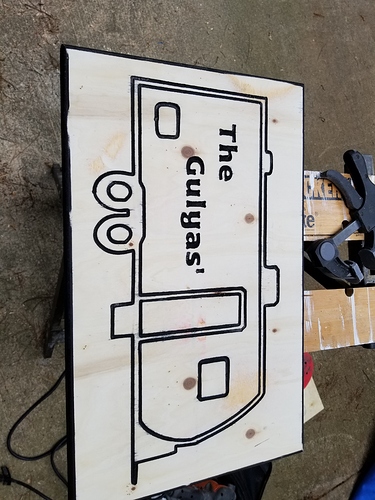 I was just going to do this! Are letters paths or pockets?

*Edit: I’m assuming they are paths if you used a 90 degree bit. If so, did you use a single line font?

it would be a Path but that the good part about easel you don’t even have to worry about that pick a font, cut depth, and bit type. Its a single line font.

Oh cool, I didn’t know that. I’ll have to look into easel.

Its free for basic stuff and Pro you can do free trial for 3 or 4 days a month.

For beginners this is a great program.

Use a 1/16 bit to curve out the pockets for each letter. Wood is some rough cut cedar. Spray painted the front face, sanded down and oiled it up.

I had the same issue as Ttitobob where the cut seems to go from random letters. 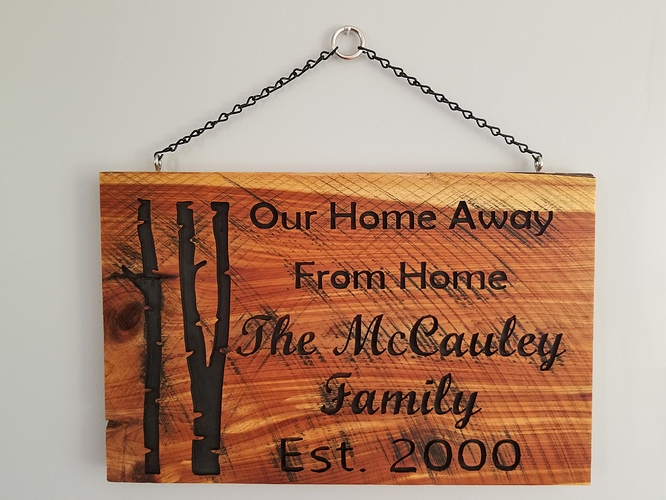 @Ttitobob have you looked at g-code optimizers? The only time I tried it our frame and sled weren’t working properly so I didn’t get a great idea if it worked better. It looked like it would though.

I’m hoping someone smarter than me can test it and see how much if any it helps: http://xyzbots.com/gcode-optimizer/

I have used it several times and it seems to work but i’m not sure that it saved me anymore then 10 minutes though. It doesn’t work well with bit changes. I prefer to do it manually with the CAM now.

*Edit: by manually with the CAM now, I mean that I take the extra time to do separate operations for things I would like to keep together.

For Example: In Makercam(easel may be different), If I make 2 circles and a Square, and create a seperate pocket operation from left to right for each object. you will see that in a simulator it finishes that object before moving on to the next.

If you select all objects and make 1 pocket operation, it will do the first pass on all before moving deeper into the objects.

I just found an easier way to accomplish the manual steps I’ve been doing in the post above. 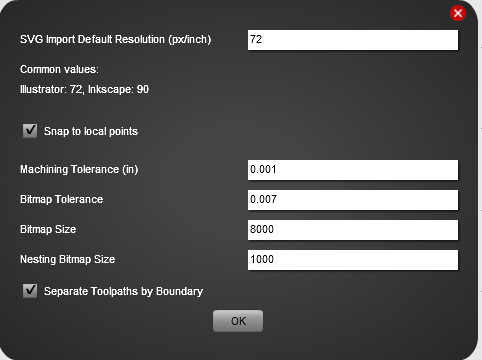 This should complete an entire object before moving to the next one instead of the router making a single pass on one object and moving to another.

Thanks for this tip.

Wow that is a great tip. I had not noticed that check box