Close to making it work, stuck on GC upgrade to 1.26

OS: Win 10
Firmware: Arduino 1.8.9
Ground Control: v1.24 (my problem is this won’t upgrade to 1.26 after I do it in Arduino, ten plus times)
temp frame 10’ top bar and temp sled
z motor working
Chain mounted on Triangular kit
The problem is I can’t find the perfect combination of everything upgraded and ready to function. I have on 1.24 got it to calibrate and to move but then it stopped due to the GC update.
I need GC and Arduino connected and communicating and it won’t. It seems so easy but I can’t get it to work.
So frustrating, please help, Thanks.

Just to clarify:
You want to run FW/GC 1.26 and have downloaded both, extracted the to new folders, uploaded the FW to the arduino and run the new GC?

Firmware and GC (GroundControl) are 2 things, the FW 1.26 (after downloading and extracting) is uploaded to the MegaBoard with the Arduino software. The software will start with the last (older) version, so you need to locate the folder where you have the extraced FW and load the new one (file/open).
The arduino software is closed and then GC is started. GC should report matching FW/GC versions.

GC hs nothing to do with the Arduino IDE, you install GC completely indepdently.

the firmware gets compiled and installed by the Arduino IDE

Thanks, so for good measure I just dl the file and unzipped GroundControl-Windows.Portable.v1.26, now I need to run it using Arduino? I had someone help me from here before I’m stuck now 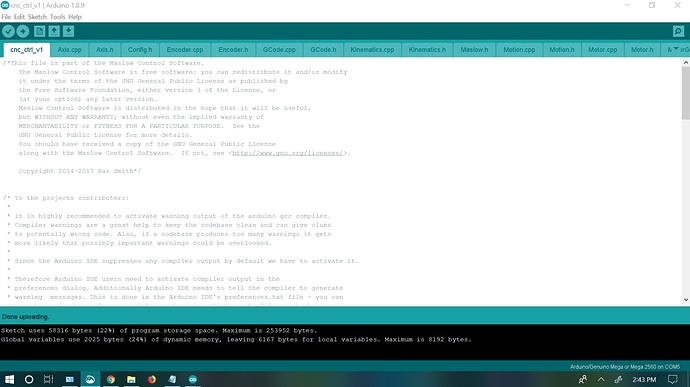 Hi David,
I’m currently running GC 1.24 and having trouble getting it to 1.26 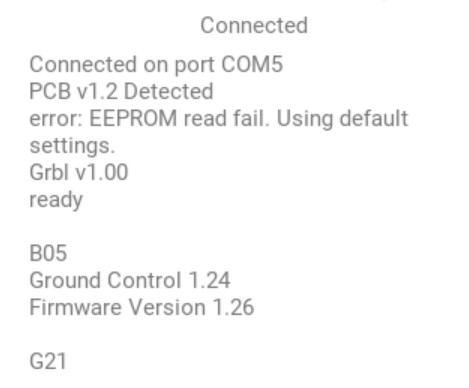 So i figured maybe i could just run the Launch Ground Control.bat file, and my GC says its running 1.26 but now when i open arduino and run the cnc_ctrl_v1.ino it come with this error instead of complete 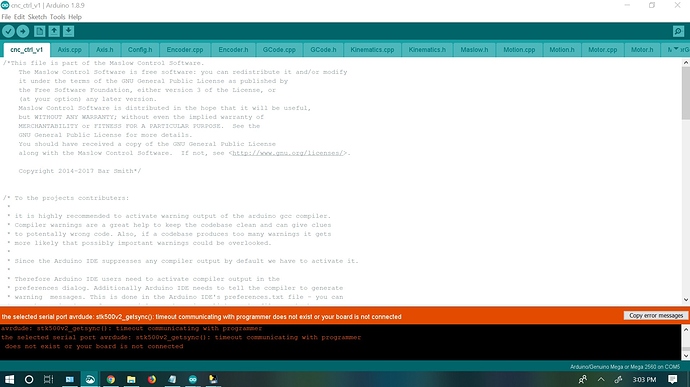 this didn’t change though 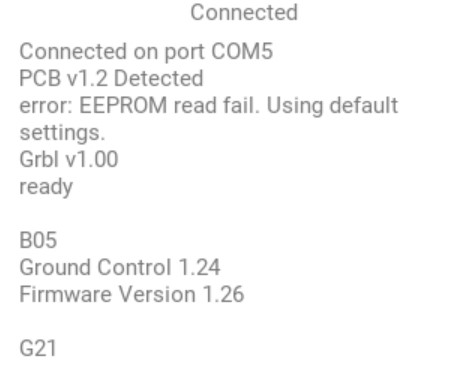 I get this when GC opens 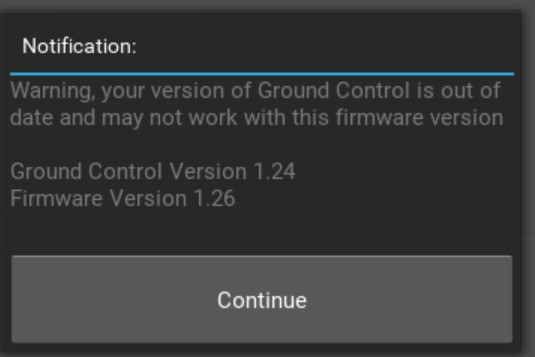 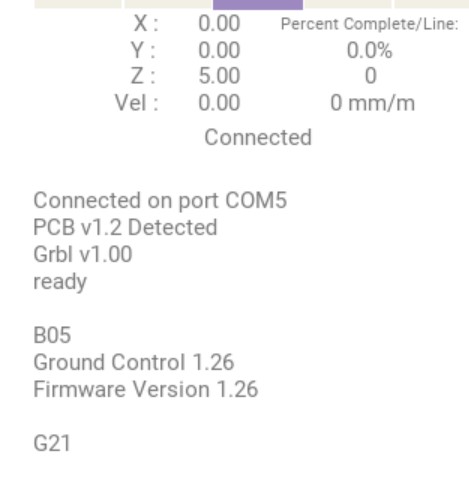 got this working, do I need to close GC and run arduino again?

no, Ground Control has nothing to do with Arduino

ok then, GC has nothing to do with Arduino got it. I’m running a calibration now.

perfect I am doing that. Currently durring calibration I can’t get the motors to turn to adjust the sprockets to 90, so something is still wrong.

ok I figured that part out, I’m continuing the cali.