I’ve just preordered a Maslow and have started thinking about what functionality I want from it, particularly with the frame. I do not have a lot of space and bounce around between work spaces quite a bit, so I really want something that I can breakdown for easy transport.

With that in mind, I came up with this idea for a frame system: 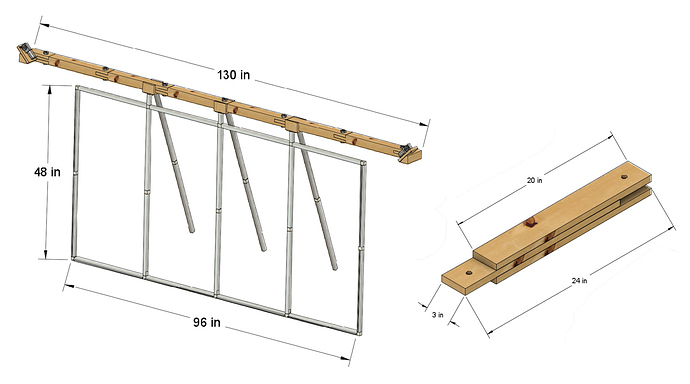 I like the idea of being able to fit the whole Maslow into one crate or container, so I focused on making the frame of pieces no longer than two feet. I also wanted it to be modular so that the frame could be shortened if the work space only allows for use with 4’x4’ sheets.

The part I feel pretty good about is the modular beam. I designed it to be constructed from 3/4" plywood laminated together. In simulation, the beam is able to handle the loads in normal use (I used 75 lbs) with almost no deflection. The entire beam, with the exception of the brackets and maybe the motor mounts, can be made from a single 2’x4’ sheet of plywood.

I wanted to use aluminum tubing for the rest of the frame to save weight, and I found this aluminum tubing/connector system that I think would work well. They also have aluminum tubing with flanges that could be used to support the waste board and material. This would eliminate the need to add extra bits like a 2x4 across the bottom. This tubing system is used in structural applications like trade show booths, tables and display cases, so I think it will be sound enough for use with Maslow. I’m not positive that this is the best direction for this part of the frame, but it seems decent enough.

I wanted to put this on the forums to see if you all had ideas about this as to whether or not it would work or any improvements to it.

I also wanted to share this because I feel that thinking in this direction could help the goal of using Maslow to fulfill needs in various communities, which is what immediately drew me to this project. Developing a complete Maslow that can be packed up and moved easily would be very helpful in getting this tool to communities that need it. So if anyone has any ideas towards this goal, I would love to hear and discuss those as well.

I know a lot of talk on the forum has been rigidity in the top beam for the most accuracy. While your nominal “perfect” models show good strength, once you actually make the pieces as good as you can, you’ll still have slight tolerance build up which will result in gaps and only having a butt joint with one hole per section makes me skeptical. Might work good enough for your application though. Interesting concept. Would like to hear how it goes if you follow through with it.

I love this. It is well thought out for your needs. I look forward to seeing it’s progression. Thank you for contributing.

There’s no need to angle the motors.

there are two types of forces to worry about, the compression force down the length of the beam, but also the bending force from the motors being spaced out forward from the beam.

as noted earlier, you will have to worry about the beam compressing through the joints, but if you can pull the chain tight and then tighten down the bolts between the segments you may be able to lock it into place.

But if you have the motors forward of the beam on spacers, that will give them leverage to then try and bend the beam, and with this approach, every joint will start to pull apart.

You might want to design the beam joints on an angle so they will compress to a self assembled state under pressure. This would eliminate the need to use fasteners in my opinion. The only way you would need something with a fall into place joint is if you were in a earthquake or other catastrophe under which your Maslow and you would undergo some other stresses hard to plan for.

I’m not sure I totally get what you mean by angled joints. Does this look like what you are talking about? 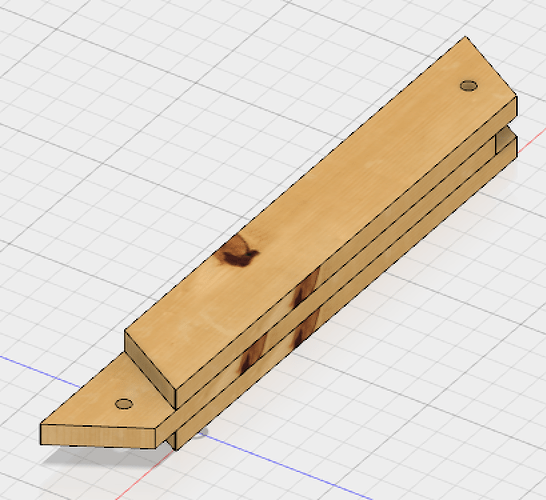 sort of - I’m unfortunately dyslexic and not artfully enabled. I have a designer that speaks what my friends refer to as Brandon’ez. That said I would incorporate a dove tail across the horizontal plane and angle the outside pieces such that you have a middle spare with angles moving both directions then left and right angled pieces to join. The dovetail joint will force redirection of the tension from the angles in a linear path. No need for holes to join. Just the end load points.

I want to use 4 letter words because I can see it in my head but can’t easily draw it. This is a life long aggravation.

If anyone else can visualize this can you knock out a graphic?

I hope this makes sense outside of my brain.

Edit - FYI I was envisioning your beam rotated 90 degrees the strength in the wood should be horizontal. With the joints laying there will be more flex in the wood. I will be able to make a quick picture of that in Tinkercad.

Here are some crude illustrations.

the first is just the bias of the wood - 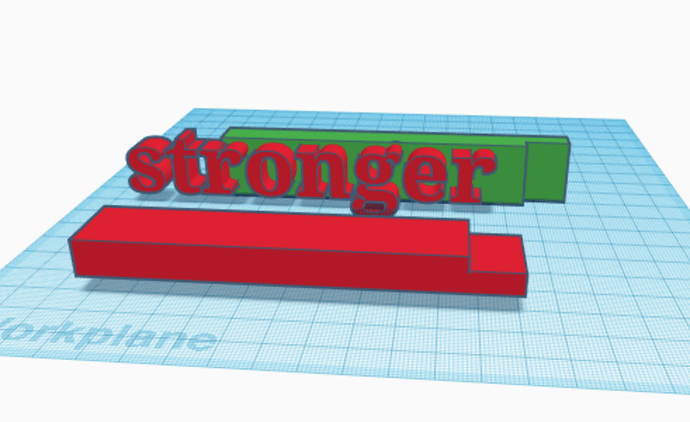 The second is half of a joint as described. 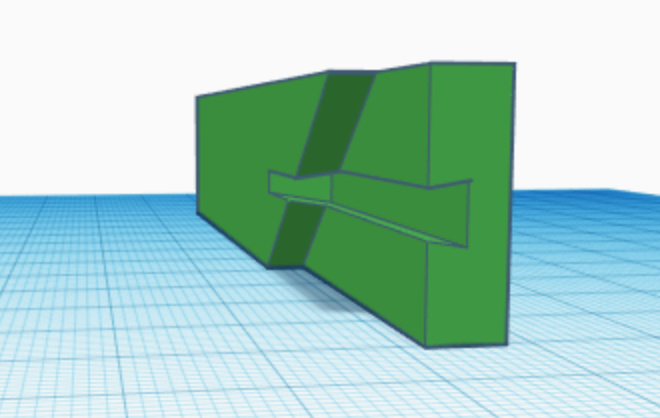 Hey @creigpat every build this frame? I can have a 10’ top bar, but am very curious about your aluminum tubing frame.

I have actually only worked on the top beam, so I can’t report back yet on the aluminum frame.

I’m trying to set up my kit in my local Makerspace but space is at a premium there so this design looks promising to me. Have you done any testing/refinement of the design?