Cut a small boat transom, aka why I built Maslow

The reason I built Maslow was I got aggravated trying to cut and fit this transom. Trust me, it’s the best part of the boat!

I had only cut the Maslow logo, and a few very small test puzzle joints (more like finger joints) screwed to the center. Finally got the strut mounted to the bottom, a piece of mdf (supposed to be the same thickness as the workpiece, it’s not) layed in on top of that (idea saw here from somewhere (interchangeable bottom panels, I’ll try and find the original thread), 1/4 inch fanfold insulation per @dustcloud, and used #6 gauge 1-1/4 screws (a bit too short) screwed in by my Hitachi 3.6V electric driver (barely enough power for the #6 gauge screws). 3/8 inch marine ply, and as I’m using a table round sled the the thickest I can do at the moment, but that is mostly what I’ll be using. 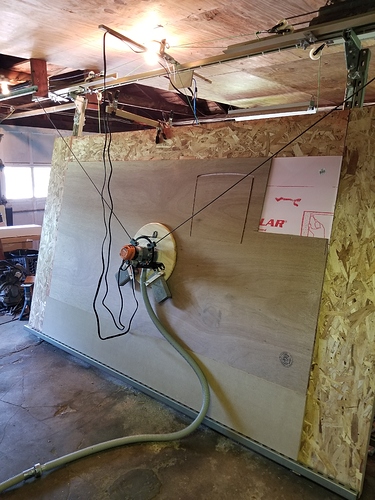 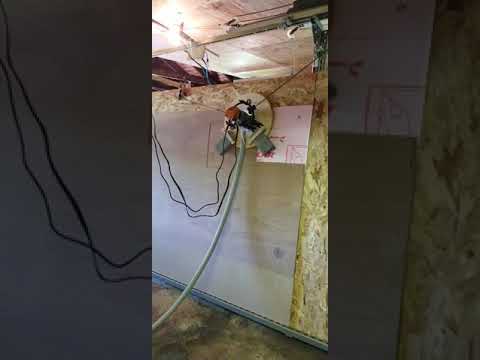 I should be receiving my Maslow kit in the next day or so, but have gotten a head start on designing a frame. I’d love some input on it. I’ve amended the frame design to have mitred angle braces that fit inside the frame, have the leg supports all on the same plane and held together with corner blocks glued and stapled into place, as well as adding some more 2x4 framing to stiffen up the whole thing. I’ll also be using a piece of 1.5" angle steel for my motor support. I think these changes are …

This is what it looks like with just three wire ties in place. Better than I could do by hand. 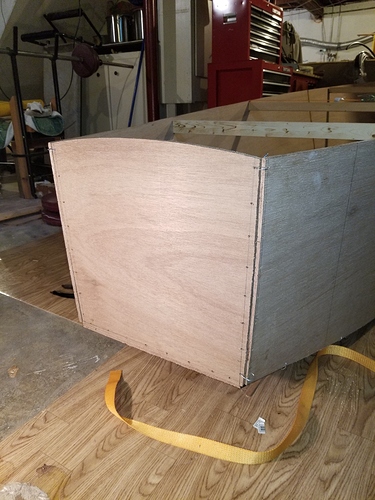 Today I trimmed down a bucket lid to hopefully use as a hatch. 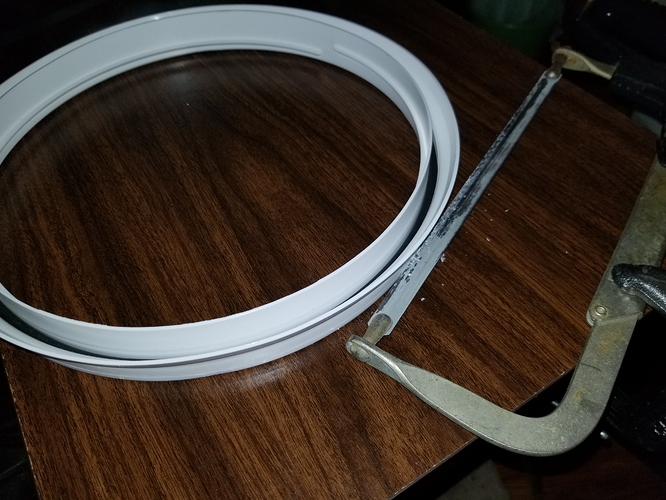 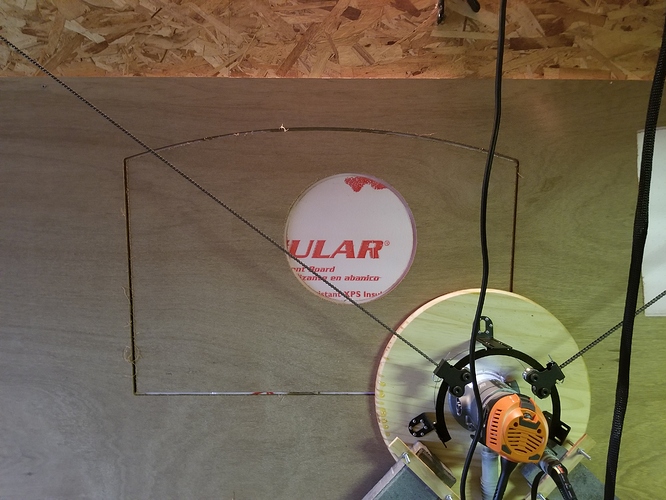 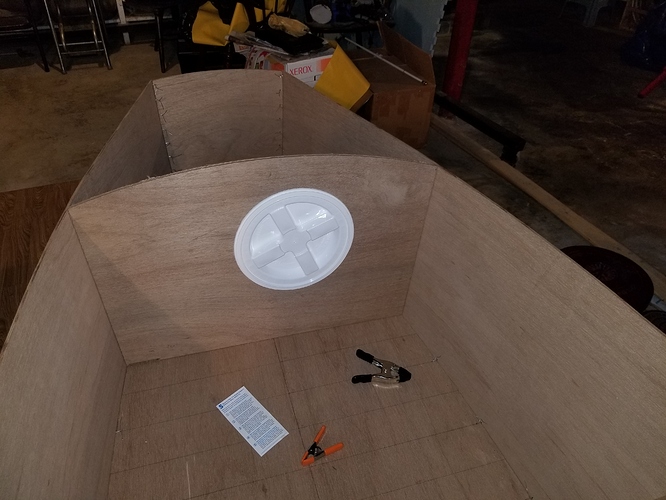 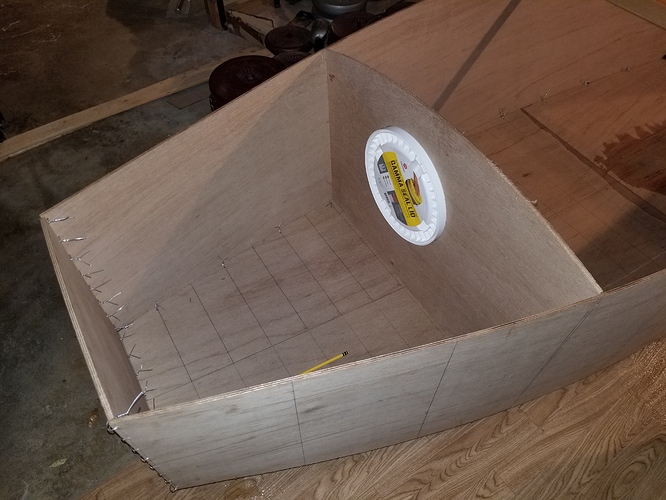 The bucket lid as a hatch is brilliant!