Wanted to share my favorite website/store for tools. Direct tools. They sell factory reconditioned and new Ryobi and Ridgit tools. I have seen the R22002 pop up randomly on the site. free shipping and they have a few stores in the US.

They have another router that would probably work for 42 bucks.

Hey thanks! That is cool.

They have retail locations too. There are two of them in driving distance to me here in southern-Missouri.

There are almost always Ridgid routers there. The Ryobi version of that router feels pretty chintzy but I think I’ll probably start there since I’d like to dedicate a router to Maslow. Another option would be the trim router thingy from Ridgid… it probably has more than enough power.

what is the other router you are suggesting?

$129 is a slight discount, but not a large discount compared to new

this one its the Ryobi version. It has about the same function But cheaper build (plastic vs metal) etc.

I forgot the best part sorry on there email list they often run a deal of the day and 20% offs.

If anyone knows such website in the euro zone then please don’t be shy to post it as well.

Speaking of Direct Tools… I’ve come across this Ridgid router here:
https://www.directtoolsoutlet.com/ridgid-11-amp-electric-heavy-duty-2-hp-router
Is this the R22002 just refurbished and given a new model number?
It’s listed as model # ZRR2200.
Currently priced at $97.49.

Yea they refurbish and give a new number. They do all the refurbish here in south Carolina. If you are located in the South east usually take 1-2 days to get from them.

I bought one of these for $35 and it has been great. Really can’t beat that price, and it certainly didn’t look used.

Great price. I’d jump on that.

Well, I tried to jump on it. They must have had 1 in stock and it slipped away before I could buy it.

Nevermind, there was some problem with the order but they called me and we straightened it out.

Yea they rebuild everything. You would never know it wasn’t except the rebuild stamp. I have several tools from them that work just as good as “new”.

Yes, it appears to be the same router, unfortunantly I’ve never been able to
catch them when they have it in stock.

Do you have one near you? Stuff that’s listed on the site is hit and miss but there’s always at least 2 or 3 in boxes when I visit one of the stores nearby.

Here is an adapter I designed for the Maslow Z-axis. 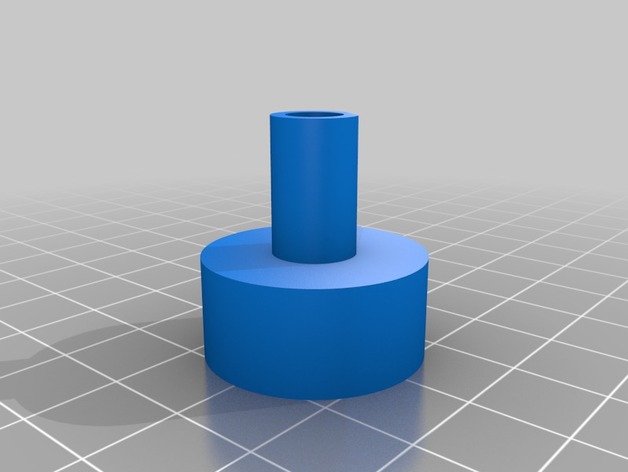 This is an adapter for the Ryobi R163G Router to the Maslow Rigid Z axis adapter.