I’m new to Routers, and as I wait for my post-kickstarter maslow order to ship, I’ve been researching and reading reviews. I thought I was set on the R22002, but as I read more, it really doesn’t seem that great (other than it’s compatibility with maslow). For example, it doesn’t ship with an edge guide and Home Depot doesn’t sell one. Rigid used to make a set of Router Bushings but now they are discontinued. Has anyone else noticed these limitations with the R22002? I’m going to stick with it for the Z-axis compatibility, but I’m definitely open to suggestions for how to overcome what seems like some basic shortcomings with it for use on other types of projects.

Mine is running great, I have ordered parts of amazon because I broke some of the z parts on the router during beta testing. There are all the parts online if you need to replace something.

mounting and unmounting this router is enough of a pain (and the fact that it’s
not a plunge router), that I would plan on dedicating it to the maslow instead
of using it for handheld use as well.

one other ‘drawback’ to it is that most other routers are 3.5" diameter, this
one is just a little larger, so brackets, router lifts, etc made for the other
routers won’t quite fit this one.

I would plan on dedicating it to the maslow instead

of using it for handheld use as well.

I’ve come to the same conclusion! Also, just picked up a refurbished R22002 on eBay for about $68! I set an alert and it definitely paid off. For anyone else interested, the seller is called ‘vipoutlet’ and they had 9, all gone now. 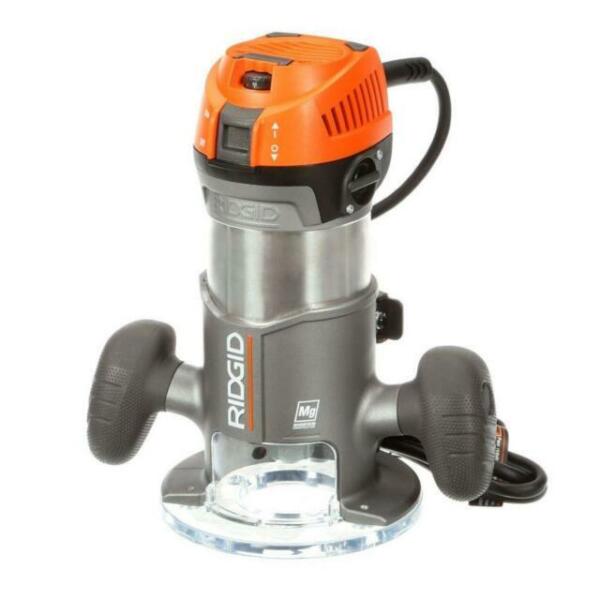 Find many great new & used options and get the best deals for RIDGID Orange 2 HP Corded Fixed Base Power Tool Router R22002 at the best online prices at eBay! Free shipping for many products!