When I make a pattern in Inkscape and make G-Code via Easel, sometimes the final outline cut has issues. Specifically, it won’t go something like descend, cut around the perimeter, descend more, cut around again, etc. It will cut from like corner to corner, jump to another random spot, corner to corner, and so on and not cut in a continuous fashion. Eventually it gets around the entire outline, but it spends most of the time going in and out with the z axis.

Any idea how to force it to go around the outside continuously?

Hopefully you get my meaning. Thank you for the help.

in inkscape, you might try joining your lines so it has fewer paths.

use the path tool: 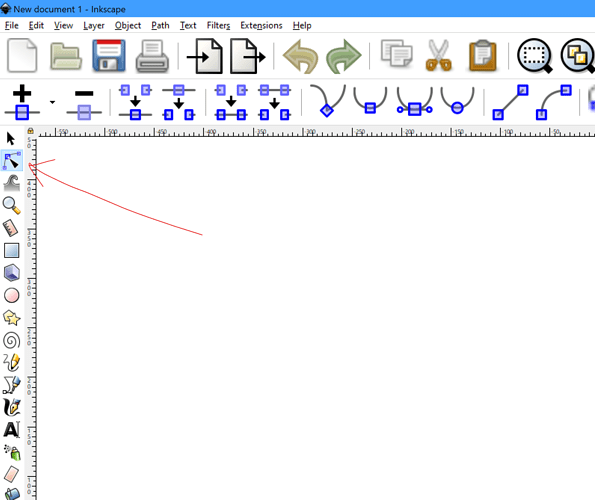 Then select two points and click the join button 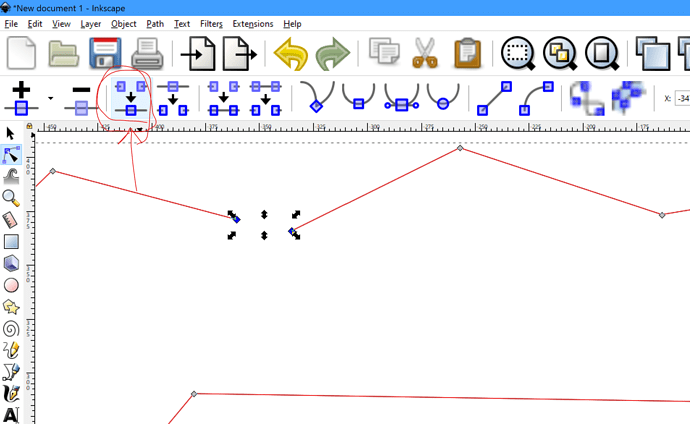 The problem with doing this is that it is tedious and that time could likely be used on better things. The second option to speed things up is to upgrade your z-axis to a pitch of 8 or 24.

Thanks for the info. I’ll have to check that and make sure I’m doing it correctly. I thought, at least on this current build, that I had made the outline a single path to avoid this issue. I may have messed it up.

Here’s an example of what it’s doing. It’ll go from point to point. You can see here that it’s left a bit of wood between where it stopped and started at the different points. Weird. 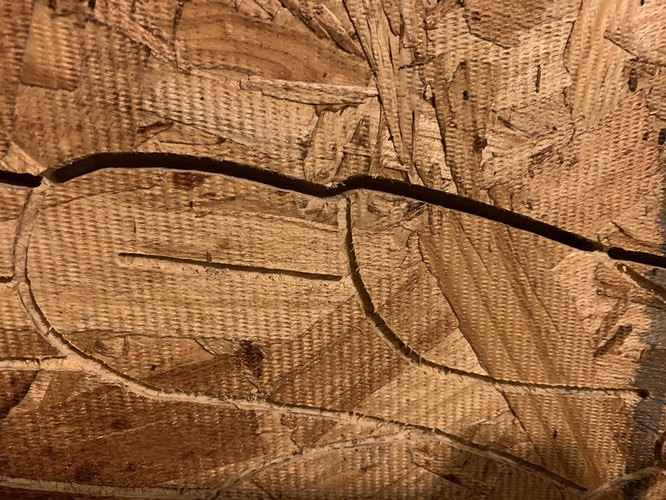 Those look like tabs. you chisel them out after the cut completes so while it is hanging, it doesn’t fall and get destroyed. That looks normal. If you didn’t have those, the last lttle bit would slide around and not cut right. Maybe I’m missing something.

Haha. No, those aren’t the tabs. I moved them all to the flats. I’ll have to play around with it and see if it happens again. I do appreciate your help. I’ll see if I can repeat the problem and maybe narrow it down a bit.

I think @Orob was on to something with the idea that maybe the .svg file is made up of many smaller paths which the CAM software is cutting individually

Figured this out, in case anyone else has this issue.

I can see the F-ups in my Easel preview, wish I noticed it before I started cutting!. I noticed it on another pattern as well and managed to fix it. Went back and fixed this old pattern in Easel, and the mess ups disappeared there, too.

Anyway, select the outline of the piece, right click, and say bring to front. Easy as that. 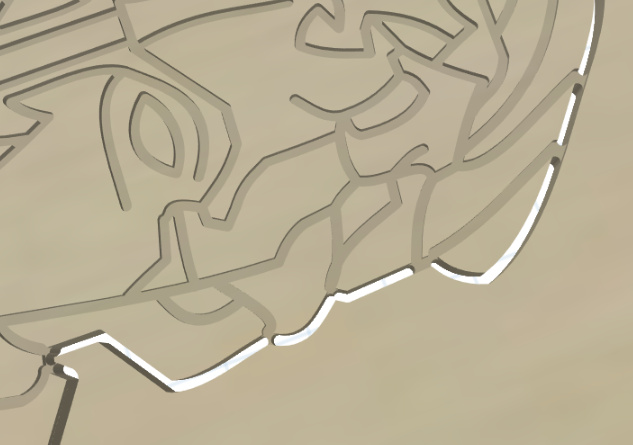 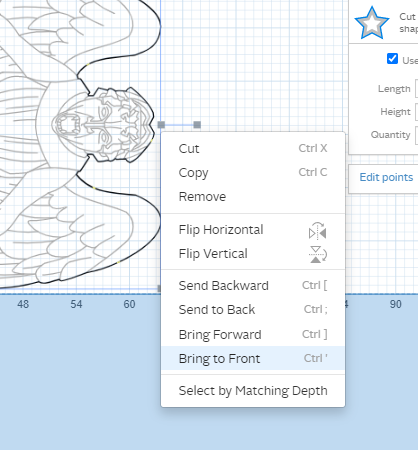