I finally got my own machine cutting again!

I’ve finished up my new 12’ top beam and implemented my own Z axis. Even on just my first project, I’m beyond happy with the improvements. Z axis movements are so smooth, and it moves much faster than it used to. I still have yet to even really push it as far as axis speed though, my current gearing is pretty mild.

Here’s a short clip of it in action: 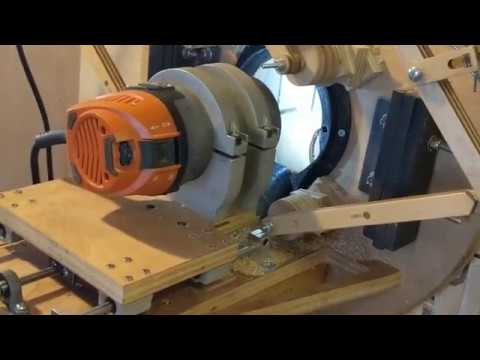 Still need to get my dust collector working again, I already made a lot of chips with it!

The first project I’m working on is a small stand for our electric toothbrushes. One of our cats keeps knocking them over, so my wife and I came up with a little holder for them. I drew up a simple little stand that can also fit some floss and dental tools. 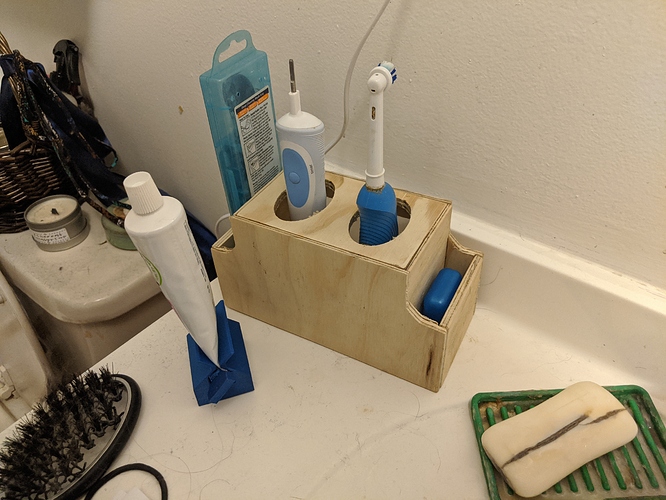 IMG_20200307_1906124032×3024 4.1 MB
It’s all just some 1/4" ply I’ve had laying around the shop for a while now. I modeled and programmed all this in Fusion 360. I was a little too overconfident in my tabs, though. I changed over to triangular tabs, and even though I made them a little beefer than I used to, I’m still a bit rusty at CNC router programming. The holes in the nest below were all the parts that broke loose. I paused as soon as the part broke loose, shut down the router, removed the broken part, and then carefully resumed. I ultimately had to stop before I got to the last part. After the second failed part, I knew it wasn’t going to go well.

One other note is about my cut settings. I’ve been using the same feedrate as I usually do, 600 mm/min at 12,000 rpm with a 1/4" single flute upcut bit. But I changed from conventional milling to climb, and I really think that was a mistake. I noticed the edge quality was pretty bad in some places, and I think the additional side-load wasn’t helping me here. 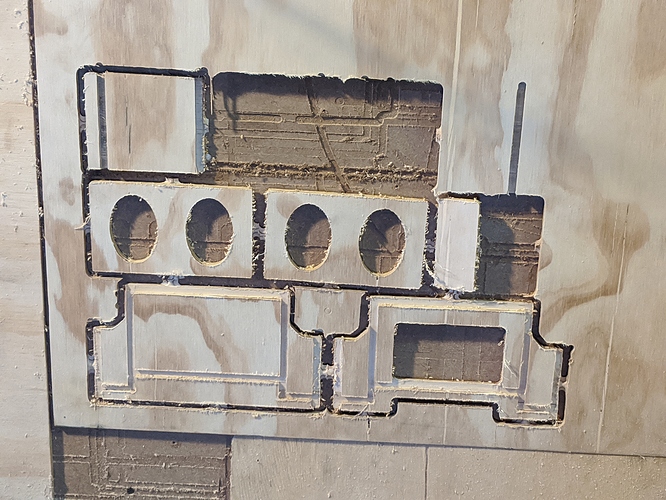 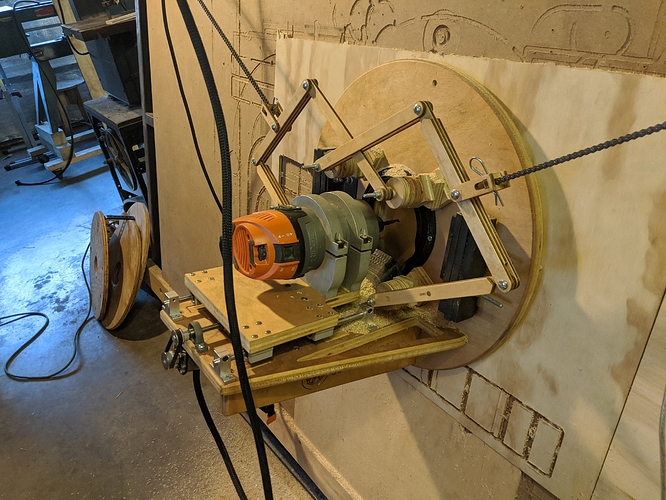 Next project, I need to make an electrical cabinet for my Maslow. I’m tired of cables being everywhere.