First 2 cuts on the maslow

Quick fix in Editor! (_ = ‘blank’) Find X, replace with _X, find Y replace with _Y, same for J,I,Z and in less than a minute you are done. Is this the right rendering of your part? 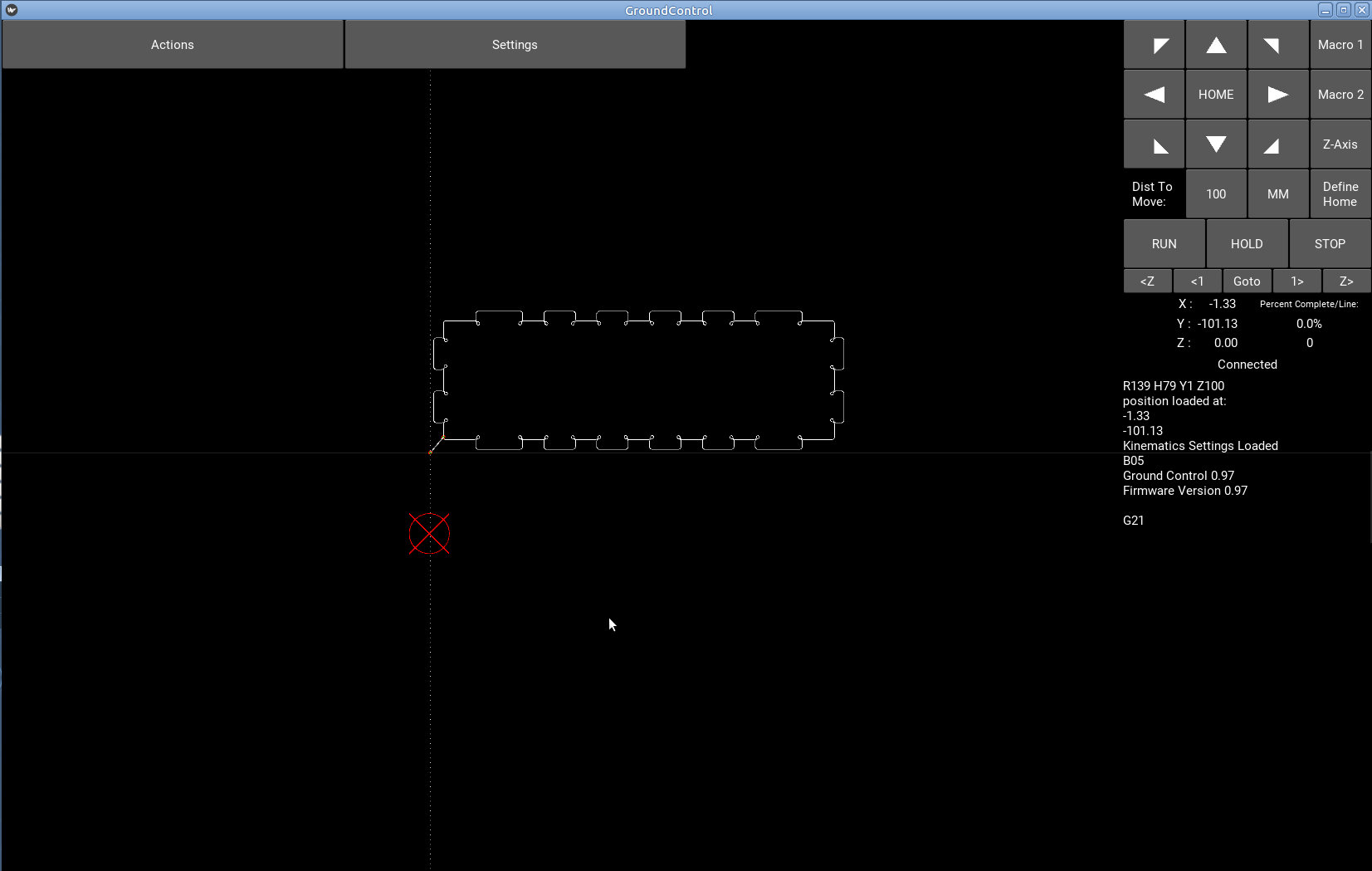 hat’s a bug and we need to fix it

Take a look within gcodeCanvas.py reloadGcode() in the area of lines 128-133. This looks like an opportunity for some regex wizardry

That’s exactly what I was trying to create.

would it make sense to collect these kinds of py scripts in a github Maslow toolbox?
also v-plotter.py

Something that can be installed in one go? Or maybe piggyback with the GC install?

Maybe with a bit of a gui style launcher to make them more accessable to people who don’t have commandline skills. I would not mind having a few launch buttons in a folder that save me some time from figuring out what command to write.

or with a little read.me file with pre-chewed commands to cut and paste. This may eventually help people to get familiar with the commandline, after ten times pasting a command then it starts to stick in the neurons and fire on it’s own one day.

Well that gcodeCanvas.py is a part of Ground Control. Ideally I think we should just make Ground Control completely bullet proof so that any file anyone tries to open would work. The trick is to get the regex wizardry just right so that we can clean up and parse any file automatically like @blurfl says

@Bar just merged a PR to address the missing spaces issue. If you like, you could try it on the file that didn’t have spaces to see if it renders correctly now. Let us know how it comes out