First I have to say I am EXTREMELY frustrated with this thing. It has been a terrible purchase for me, but I cannot give up. I see glimpses of this thing being a gem, but I did not expect this much trouble. I have only been able to get two parts off this thing since April 2019. There. Enough griping.

I had to work on getting a new router due to the Z-axis play. That’s all done and I went to cut a pattern to test and here’s what happens:

So… I think I covered everything. Has anyone had this experience or a close facsimile?

can you post the full g-code and also try to get the groundcontrol.log file
(it’s probably big so clear it before you try another run)

It sounds as if whatever you are using to create the g-code is including codes
that the maslow doesn’t support, you don’t give us any clue about what those
things are.

What are you using to generate the gcode?

Here is the full code… and I am asking here: the coordinates shouldn’t present the issue as they are all coordinates… right? I am thinking it has something to do with the initialization of the commands… Again, my old files work… same initialization blocks.
(SINGLE 1.4" STAR 20JUL19)
G20 G90 G40
T0 M6

Got the log file as well. Do you want the whole thing or is there something you are looking for?

I use partkam… well wait… I start out in CAD, go to InkScape, then to partkam, then use NC Viewer to validate / adjust.

Does the log replace itself or is it historical? And is the top the most recent or the bottom?

greetings
the text copy of the gcode you posted in 3 programs:
bCNC 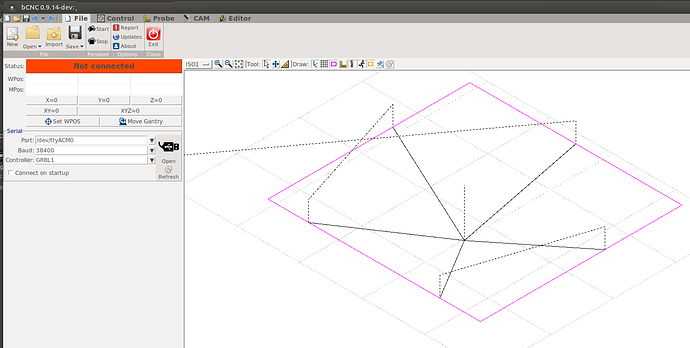 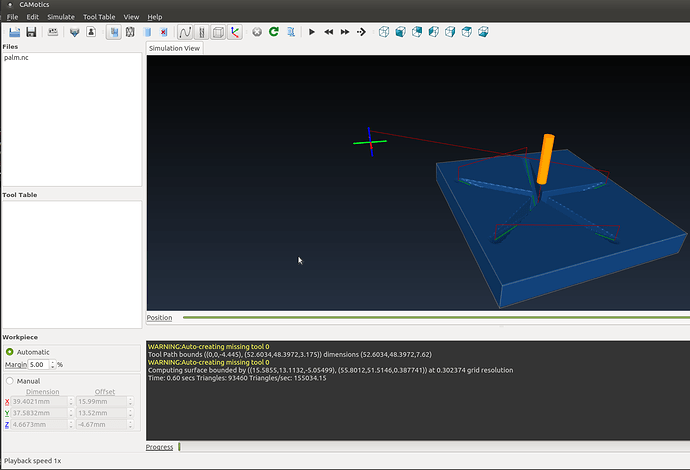 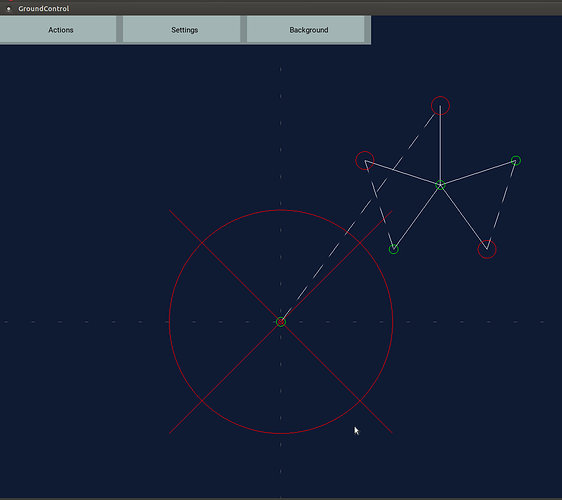 Did you by chance edit the file?
What GC version are you running?

Nope… no editing of the code. That is the original file I tried. My version is GC v1.24. And it looks correct by your screen shots. Thank you for trying it!

Oh… and it populates in GC. It just doesn’t do anything once you hit go. All manual controls stop, you have to restart the GC, then everything works great. Even old files written the same way with the same startup blocks/

I don’t see anything obviously wrong with the gcode. Since you get no movement at all when running the code it must be something in the first few lines.

I’m able to run the original posted g-code in GC v1.26 with ‘fake-server’ mode. No issues.
Something else going on. Perhaps upload the g-code file. Sometimes ‘illegal characters’ or line-breaks sneak in.

Does the log replace itself or is it historical? And is the top the most recent or the bottom?

It’s historical with the recent at the bottom. It grows large over time. Best to delete it with GC closed (will be created new with start of GC). Start GC and just try to run the file. Close GC right after and upload the fresh log.txt.

Do you have the z-axis enabled in Ground Control? Just adding a bit to the suggestion from @bar. Otherwise, I’m out of ideas.

I think that Bar probably hit on it with the tool change, if it doesn’t think
it’s already using that tool, it will pause until you change the tool (although
it should prompt you to continue after the tool change)