Ground Control Launches but no graphics

I recently installed ground control for the first time. The computer I’m using is very old (2007) but has been upgraded a bit. Running Windows 10, Intel Core 2 Duo, 3GB RAM, GeForce8400M graphics card (OpenGL 2.1). As far as I can tell, GC starts up but only top bar of the program shows and the rest is transparent. I’ve tried this with version 1.09 and 1.08 standalone. Any ideas of the cause? 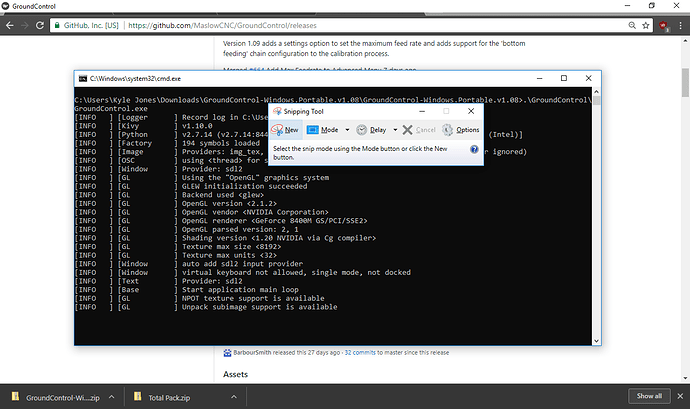 Does it make a difference if you drag/change the window size, or maximize it? Are you running from the ‘Launch Ground Control.bat’ file, or from the terminal/python?

That is really strange, I haven’t encountered that before.

If I move or resize the window, it becomes black with a large white block in the middle. I’m using the Launch Ground Control file.

Edit: What GC is doing doesn’t sound right, what you are doing sounds good

Is it possible to get a screen shot of the black block? Maybe I will recognize something 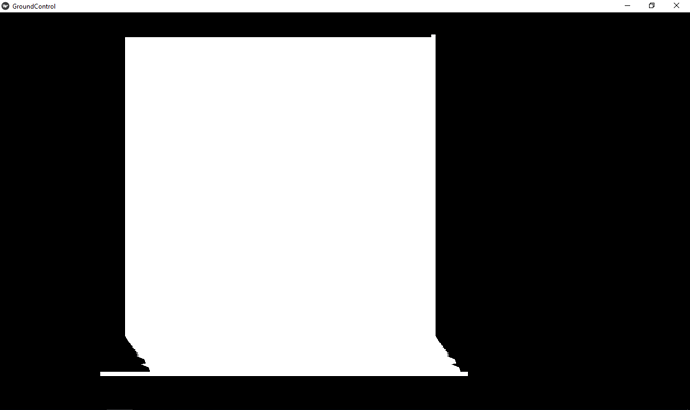 It started with just a white box but then I dragged to resize the window and that’s where all the jagged part came from.

There is a link in this post to a test version v1.10 of the Windows portable file. Would you have the time and the inclination to try that one?

Got it. That doesn’t look good at all.

It looks like some graphics library is probably missing.

How tech savy are you feeling? Would you be willing to try to run Ground Control from the python code? The setup process might install the missing library. There are instructions for how set up GC from the source here

Is there more than 1 video card in this computer?

When I was having issues with the portable version, I installed the permanent version. This is the error I get when I try to run main.py.
Also, Your list goes Step 3 to Step 5 and skips Step 4 FYI.

No. It’s just an old laptop.

Hmm that looks like and issue I would expect to see if you are using python three instead of python 2. What happens if you type “python --version”?

On boot if you go to the Bios of the laptop do you have a option to boot from USB?

I think so. I’ll double check and let you know if not.

If this continues to be a problem you can build a workaround USB stick if you can boot from it.

That DL has been tested and comes from a different server.

Well I don’t understand why this fixed the issue but uninstalling Python v3 and installing 2.7 worked. The strange thing is that I tried running the portable before I installed Python at all and had the same issue.

As long as your working