In the Swap Meet, I see several systems for sale that include a tablet to run GC. Yet I see no Android or IOS version of GC available in the ‘Software Installation’ instructions. How are they making this work?

Windows tablets. I’ve heard just a cheap tablet (RCA) with a full USB port will do just fine (under $200).

Ugh. I’ve spent the past 30 years actively avoiding Windows. Anybody ever seen a Linux tablet? An all-in-one with a touch screen? How about a RPi with a ~10" touch screen? I’ll also need TWO USB ports, one for the Maslow Mega Arduino controller, and the other for a thumb drive to import the Gcode files. SD cards are an option, but USB allows for more options.
I’ve seen local retail stores running POS on mini-box computers that sandwich-mount right behind the monitor on the 100MM VESA mount. That might be a viable package also…
IMO, the shop is no place for a laptop, with its snagable cables and fragile hinge joint. And I want it fanless, because of the inevitable dust accumulation.

A lot of Chromebooks can be made to run Linux. I’m running Debian on my wife’s Samsung.

An ARM based solution (Raspberry Pi) already exists; reach out to Brandon (@Bee)

I also heard there was a port of Kivy headed to Android. That, plus a Python compiler could get you to Ground Control on an Android tablet… wasn’t there someone experimenting with that, @bar?

We actually got Ground Control to run on Android, but making the serial connection play nice was looking like a lot of work so it got sidelined a little bit. It is still on the ToDo list!

her for a thumb drive to import the Gcode files. SD cards are an option, but USB allows for more options.

I highly recommend using Dropbox or something similar if you have internet in the shop. It’s pretty slick to be able to put a file in a folder on my computer, then walk over to the machine and open it

I have network in the shop, so I might use a local shared drive. I don’t like to be dependent on external ‘cloud’ resources.
The RPi is looking most attractive right now. I found a suitable monitor: 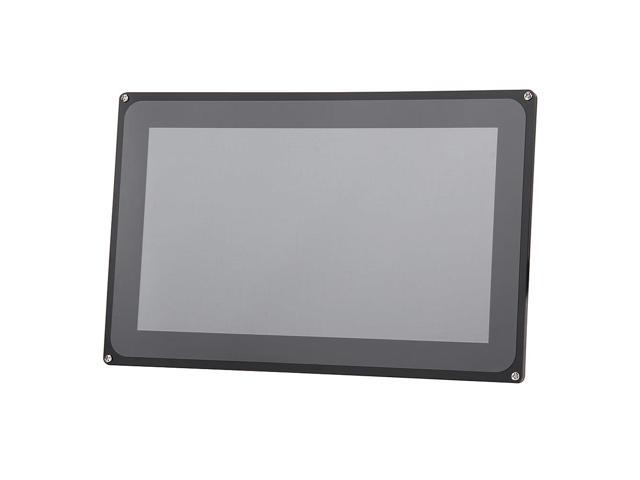 
the description is pretty sparse, but it appears that it has a native 40-pin LVDS interface, and comes with a separate HDMI control board for the video, and provides USB for the single-touch input. (Mouse emulation?) Is there any part of GC that would utilize or require multi-touch?

…but I’ll need to find a way to package the RPi and the monitor’s control board and cables into an all-in-one for the robustness needed for a shop environment.

I’m also looking at switching to a Windows tablet. The purpose built Linux setup never made it through a full cut without loosing USB connectivity. I switched to my Win 10 work laptop in desperation and everything started behaving perfectly.

Does anyone have suggestions on minimum specs for Ground Control?

In Running Maslow on an older Microsoft Surface... can it be done? it seems to indicate that GroundControl needs OpenGL 2.0 and https://en.wikichip.org/wiki/intel/atom_x5/x5-z8350 shows OpenGL 4.3 compatibility. So that’s good at least.

I looked at the Best Buy site. the description says it comes with a USB-C cable, but makes no mention of ANY USB ports in the description. Is it possible this uses USB-C for charging, but doesn’t support an OTG adapter or USB 2.1 protocols? That might be why they’re clearancing it so cheap.​

More likely you must power it by usb C for any long operations requiring a HUB capable of being hub and charging at the same time. Effectively wiping out the savings.

Would like to know more about that.
Edit: Because running linux for over a year without a single drop.

I figured some sort of hub would be needed anyway for port conversion: 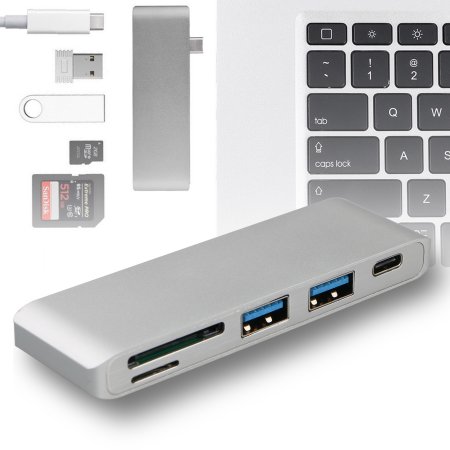 A friend is using the same tablet to drive his laser cutter. I just wasn’t sure if Ground Control had specific memory / processor recommendations.

Something like this is what I had in mind. Not sure if the graphics card can handle it. I’d have to look into it:

The best buy site said my local store had one in stock, so I headed there. It has a single usb-a port on the keyboard half. The sales rep said it would also take a usb-c port expander, so I went ahead and bought it.

BTW, for a little more money, you can also pick up re-furbished chrome books at Best Buy. You can actually run Linux apps from inside Chrome Desktop now by installing crouton.

If you’re looking to get a little more versatility out of your Chromebook, installing Crouton to get a full Linux desktop is a great way to do it. But you don’t have to access the full desktop every time you want to run a Linux app—you can do it...

A little more technically involved, but you would have the benefit of more than one USB port and a dedicated power port.

You can actually run Linux apps from inside Chrome Desktop now by installing crouton.

So cool. I’ve been waiting for something like this. Definitely trying this on my Wife’s Samsung tonight.

My kids were nice enough to give me there old chrome book, after they snapped the hinges off the lid, nothing a little duct tape couldn’t fix.

It runs GroundControl and a few other apps, and uses the G drive to transfer nc files over from my other PC.

@Gero it was an Intel Atom 1.6 dual core with 4G Ram and an SSD running Bodhi Linux. The USB would say it was disconnected 1-3 hours in. Conversely, my Surface sitting right next to it hasn’t had any issues. (Same cables, etc.) It might just be susceptibility to RF, some hidden sleep settings, or even just extra interference from the PSU. I definitely didn’t exhaust troubleshooting on the Linux setup. I just took the lazy way out so I could spend more time learning to use my Maslow.

All I own a Shapeoko 3. I bought it, put it together and ran into 2 major issues. One was a firmware bug, I’m thankful for because it led me to the Maslow CNC. The second one was a bit more elusive. I was able to run a very simple test that used a pen to write the name Shapeoko on a sheet of paper. When I tried other things it acted erratically from seeming to crash to wavy lines that should have been straight. The problem turned out to be the Atom PC I was using. When I bought a older i5 laptop a Lenovo T420 all my issue went away. At issue was the speed the Atom chip was issuing commands. For $150 I was able to get a 15 inch laptop, Windows 10 well known hardware, Linux compatible.

There are many low cost solutions - Currently I use a Raspberry Pi 3B with Ubuntu Mate on the Maslow. I remote to it’s desktop from any PC, Tablet or Phone in my network. I have a Amazon tablet as my main screen if I’m not on my Mac Book.

Here is the point to my reply. Soon I will be cutting some Teak in the $200 + a sheet range. A crash or sleep in the middle of it would completely out weight the cost of a decent laptop.

I do buy and test many low power PC’s to see how far I can stretch them. I just wouldn’t personally choose to run a CNC that way.

Maybe I missed something but how do I install ground control on this android table I bought. It’s the same RCA one that was recommended.