Have a Latte (I'm forced to have more characters to create this post, ignore the ones in parentheses)

For those keeping count I use a Raspberry Pi with Ubuntu Mate headless as my Main CPU and remote desktop into it. Recently I took on another CNC machine who’s software is not as Linux friendly so I turned to Windows 10 for a similar arrangement for that system and found a quirky board - the PandaLatte.

It can be a good value and is a surprising little machine. It has an integrated Arduino Leonardo that is on all the time. I added a OLED display that talks with the Windows PC side on boot up to give you the IP and connecting instructions on the case. I normally show pictures but I incorporated a company logo I don’t have rights to as this is for my home use.

Back to the PandaLatte - they have a new project that looks interesting but the one I’m talking about I was able to get now on Amazon over night. They have several models, all come with a version of windows 10 loaded. Some come with and activated license. For my purposes I got a LattePanda 4G/64G version. However they have a base model for $99 that is 2G/32G that I think would work fine for the Maslow as a headless controller.

Shameless plug - If anyone wants to be a patron and send me the 2G/32G I will do testing on setting it up for the Maslow.

Some things to note about it - it’s sort of a Windows raspberry pi , you get a board by it’s self. You need a phone charger type power supply, it’s up to you to provide this. I got a really nice one on Amazon for $13. Also it has no case, again a wide verity of choices. I went with a $50 billeted aluminum case mainly for it’s " super quite " feature, it wasn’t super quite and the board was hard to get in so I will not suggest that case.

One last odd feature, when you power it up by plugging in the supply the system starts. It is running the Arduino Bootloader, it will not power the PC side on until the Arduino side has booted, then you can use the power button to boot the Windows side. I will probably add a Realtime Clock and Temperature sensor so the OLED can display this while the PC is off.

Many of my choices for my build were driven by Amazon and the need to build it the next day so I needed the p[arts to come via Prime. If you don’t have problem with China post you can get a wide variety of their products sold through DFRrobot. I have had great service from them in the past.

If you have any questions on the PandaLatte ask away. 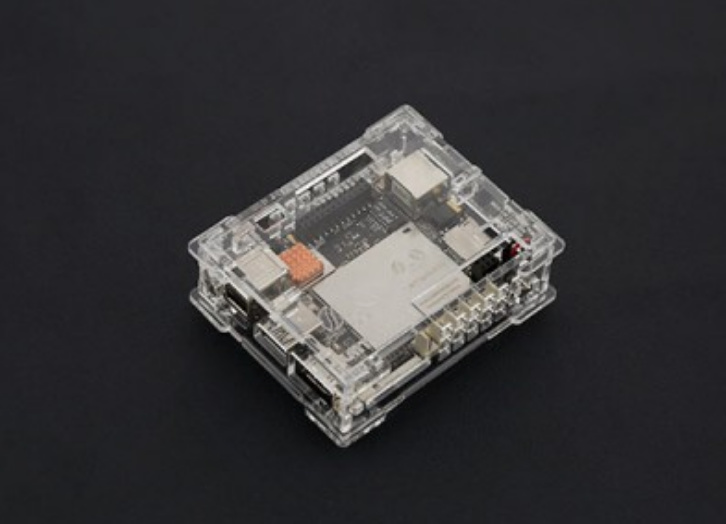 One other note I should have included. If you want you can still over write the Windows with Ubuntu.

you can still over write the Windows with Ubuntu

Now I’m going to look at it

Because I have systems that must use Windows I’d keep it and run Ubuntu in a VM. The built in Arduino is a fun bit. With a little hardware it could be used to monitor for smoke and heat. I looked at how smoke detectors work and was looking at building my own but found false positives very counter productive. An Arduino fire detection system would help for cutting bamboo cutting boards and really high speeds.

I agree with Gero’s sentiment

I looked at this on Amazon. It does look intriguing with the built in arduino board. However, I couldn’t find anywhere if this was running full Windows 10, or Windows 10 IOT, since you have the board perhaps you could say?

I’m not a windows hater or anything, I have to use it on a daily basis myself because there are to many programs I use that have no acceptable equivalent on Linux. But I really would love to be able to switch to using my home desktop to Linux, I just can’t. I’ve attempted to multiple times and every time it’s such a chore. If a linux distribution can ever come out that simply works and doesn’t require tinkering every single time you need to do something, Linux could make huge strides to becoming acceptable main stream. I just don’t want to have to tinker with stuff on my main PC every time I go to do something hehe.

Anyway, I digress away from the topic at hand.

You mention running ubuntu in a VM, with the limited power of that board, what VM software are you using? I wouldn’t even touch the 2 / 32 model trying to run Windows 10. That is simply not enough memory for win 10 and it’s going to run like molasses paging memory all the time. The 4 / 64 is a bit better, but throwing a VM on top of that and that is going to be eating up a lot of memory too.

It is a full version of Windows 10. Windows 10 ITO is a very different beast. For my needs the PL 4/64 was required because the design app I was testing had a 4g requirement. It is a headless controller effectively steaming a text file over serail. For that task isn’t a gorilla hired to swat flies. It turns out the software I was testings requirements were over stated for a margin of error on windows XP systems. As long as you have free space - in my case I have 32G left of the 64, Windows performs impressively. Again that is taking in the hardware involved for the cost. I bought a top end Dell PC with a i7 and Extraordinary Video card fro my Oculus Rift for $1200. This is a $100 - $200 system.

If I were Gero and I played with one, I’d run virtual box and Max all resources to VB. That way I could still close VB and do some windows testing for other Maslownians.

I will endeavor to explain the tool kit I set up -

One thing the PL will throttle it’s performance to keep it’s self from overheating so I have a utility that adds the CPU temp to the task bar to be able to see if there is any heat issues, I have remote desktop using VNC, I have a web-based file upload server get the files to my controller, I have a set of tools in my Chrome browser - Time Clock, Dashboard for communicating if a group is using the desktop. My CNC control software, some simple design programs. A program that monitors the file upload folder and writes a log and sends me a message. Oh and Pandora to listen to music.

The CNC software runs on boot up and I can see it from any web browser on port 8080, the file upload server runs on port 8000. Oh and VNC on port 5800. Complete control in a web browser - in this case Safari will run all the Java apps

This allows me to work on other PCs I own and upload a file and run it from anything with web browser - I often use a fire tablet.

The remote desktop is there as a fall back to allow me to reboot the system, restart a crashed app - Thank you windows, etc.

Things that suck about it - windows updates.

You might want to look at POP OS - It’s a modern Linux, I like what they did. I have it on a Mac Mini Core Duo for funzzies.

Yeah, seems like it could make for a descent set up. Like I said I’m mostly intrigued by the built in arduino. You mentioned that you set up an oled that display the ip and such on boot. DId you have to write some kind of script to pass this information to the arduino, or does the arduino have some sort of direct access to the windows system? Maybe through an included library or something? If it’s just a script and communicating over an internal serial port to windows, still intriguing but easily duplicated, if it’s has some sort of direct access it’s the first of it’s kind that I’ve heard of.

As for windows updates, you can disable them completely in the group policy. It’s annoying that you have to go there to do it where as in older versions of windows you could do it through the update settings, but it is at least still possible. All my machines have them disabled and I install them occasionally every 2 or 3 months when I actually reboot lol. 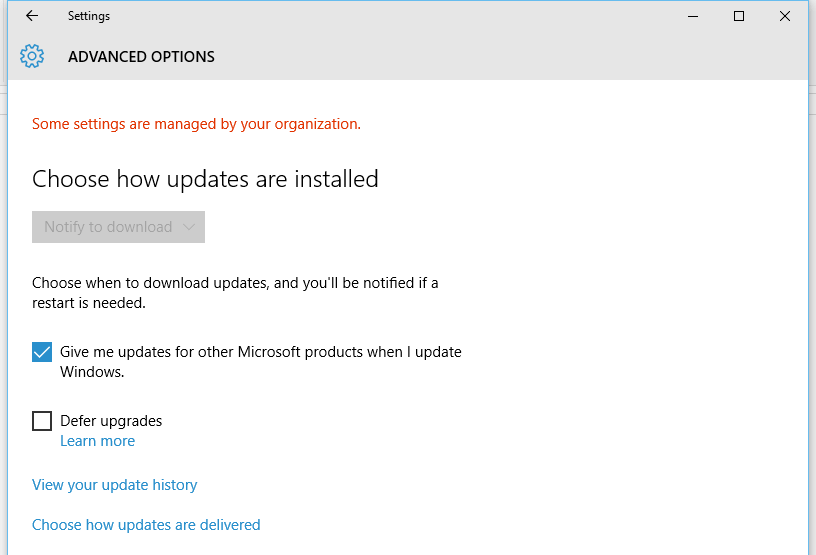 In this article we will be using Group Policy Editor to disable Windows 10 updates. To access it; press the Windows + R keys to access the Run dialog. In the Run dialog type gpedit.msc and press Enter.

Nothing to spectacular - jut a script that runs at boot up, there is a dedicated serial port in windows, it floats when windows reinstates it after uploading a program but it is at one of two ports so my script talks to both sequentially and gets to one of the two, but it’s nice in a headless system to see instructions with specifics:

That is not my real IP but you get the idea. After a while the Arduino blanks the screen and puts a logo of the machine it’s running on.

I know how to disable windows updates - but thank you for the info as I’m sure there are others that will benefit from it. The problem is the need for them and the interface that exists, but you are already aware of that. In total it is a interesting system.