Well my daughter wanted to give my wife a photo frame with some sentimental llama pictures in it for Christmas. I said “why buy a frame when we could make something way cooler.” Thus the Llama head photo frame idea was born.
We took a photo of a particular llama and did some background scrubbing then converted it to 1 bit B/W image and used inkscape to trace out the silhouette. Next into my trusty Fusion 360 and I scaled and sized it to fit 4x6 prints and fit in a roughly 2’x2’ cutting area. 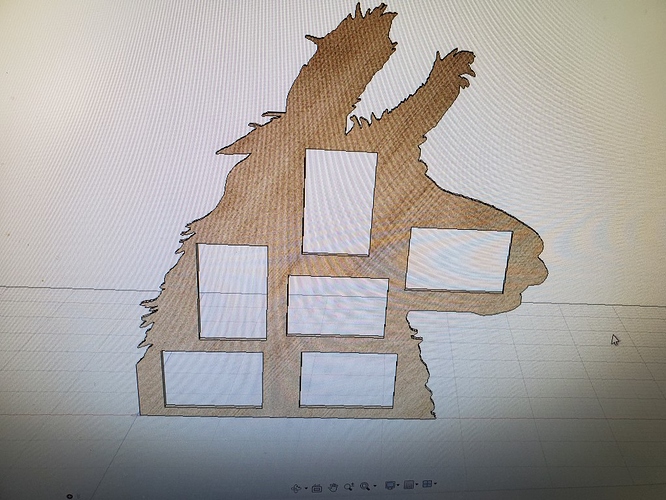 20191207_132739 (Medium)1024×768 201 KB
My daughter had a bit of reconstructive shoulder surgery in early December, so she was laid up on the couch. I convinced my wife she needed to go help me pick out some xmas present supplies. So, we picked out lumber for a few other projects I was making and I got her to pick out a piece of 2’x4’x5mm thin veneer that she thought looked really good. I got a 2’x4’ to give me 2 chances to get a good cut – after the projects I have done, I figured I could get it in 1 try, but this was my first cut on something less than 1/2" thick.

It came out pretty good: 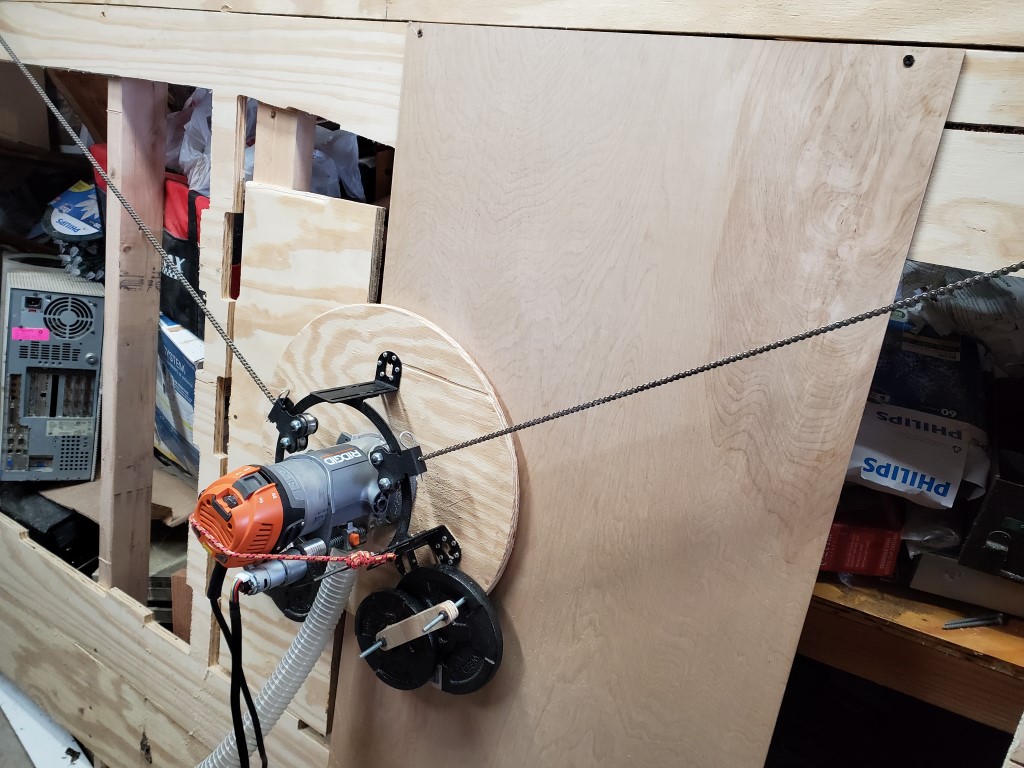 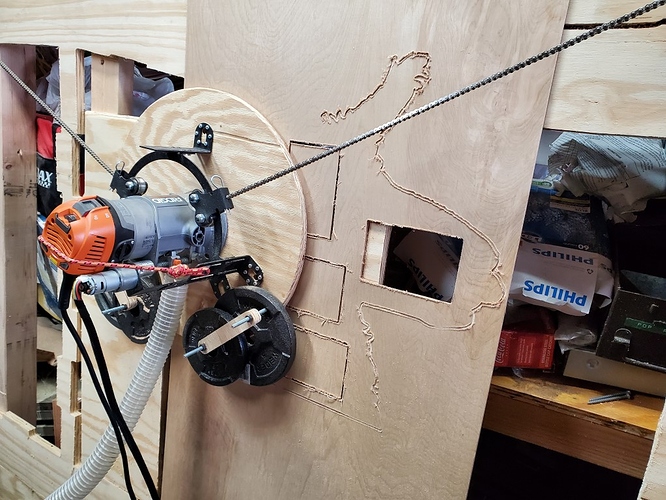 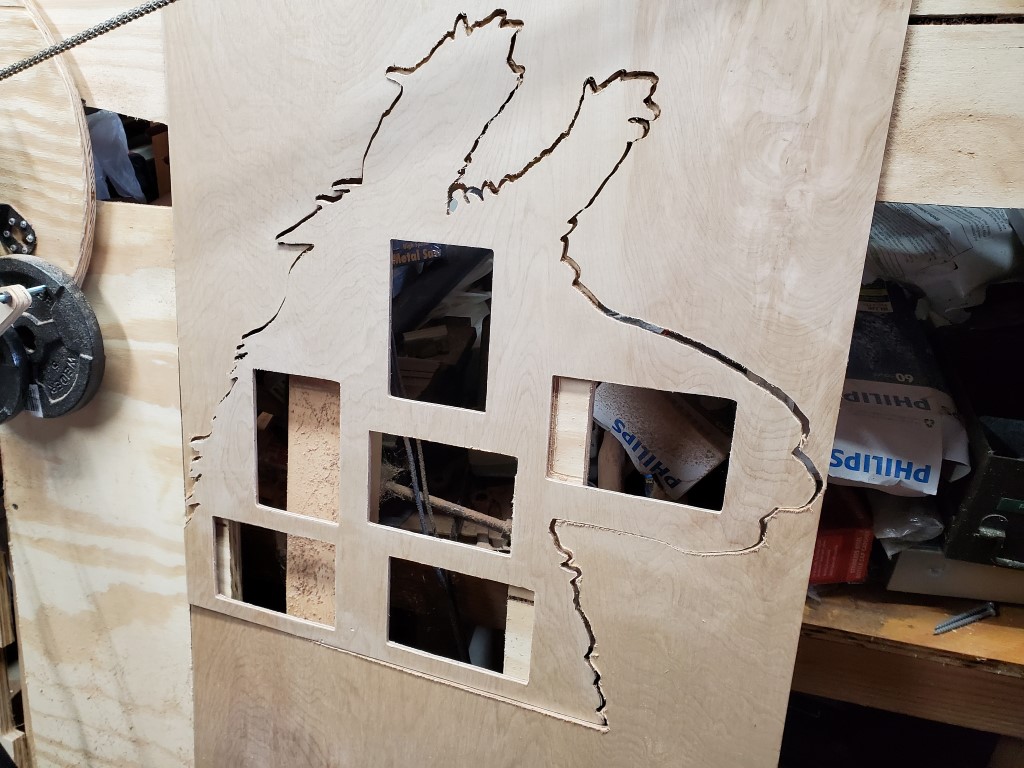 Since she unwrapped it yesterday, and I had to work today, it has not yet made it up on the wall. Maybe I will have a pic of that soon.