I have worked with a lasercutter that only accepted Imperial, but about all the tools i tried to convert metric to imperial produced bad files that the lasercutter could not deal with.

Anyway, it’s good to know that Maslow doesn’t have issues like that.

That’s what you get for using a machine with proprietary firmware :-p

Or an opportunity to replace the controller

He who ‘thinks he’ owns the machine may figure out is it is important to really own what has cost him a small fortune.

I now have a steampunkish Maslow brainwave… Replace the router with a 200Watt laser tube, No dust, less waste material, less noise.

No, the singularity has arrived when we weren’t looking and now owns us.

Any CNC type device will consume at least a kilobuck, best to throw out the receipts and just have fun. It’s a subset of the basic machine tool cost law.

I wonder what’s going on with those high wattage laser rust removers? A flash in the pan, or something that could be repurposed and become a Maslow cutter? Why limit yourself to 200W when you can go for thousands? Just get your seeing eye dog reservation in first

I’m still searching like crazy to find how to change the DPI in inkscape again.

I think this should be noted in the Wiki somwhere that those DPI’s sometimes mess with the results, and how to change the DPI to get around this. Once I find it I’ll report back again but for now I simply cant seem to find where Inkscape has hidden that menu.

This is the most annoying issue between Inkscape, Illustrator, Apple, Windows and Linux… (and I also should include Metric and Imperial here, since this messes with the entire scale of things.

I’m in transit (hi from Oz!), but I think it’s under document properties as pixels per inch. MasterCAM mentions the current default (it’s varied by version), which might be 96ppi and doesn’t make sense in either inches or metric iirc. Create a new document to find out.

Inches only make sense to work fast with a tape measure, but it adds to much confusion and introduces more silly mistakes then it adds to precision.
Please ignore that thought. I don’t want to start a Metric Imperial war…

I don’t want to start a Metric Imperial war…

I got an inch/metric tape measure from the Moostropolis hardware store, best and worst of both worlds and a little spendy. Jeff Bezos sells them with 2 day Prime delivery also.

As in : that sheet of plywood is 4 sextoy wide and 8 sextoys long?

I’ll second being unable to find where to change it in inkscape. I do it in MakerCAM, but I have to do it every time I reload the page 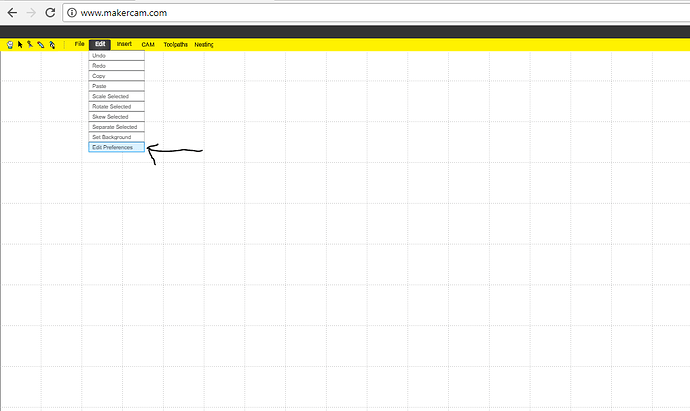 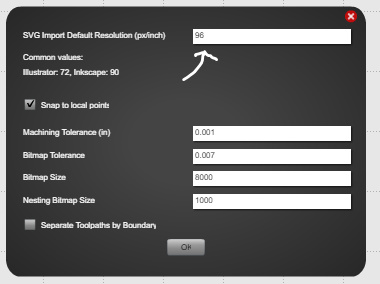 On Inkscape linux it’s under ->Edit->Preferences->Bitmaps 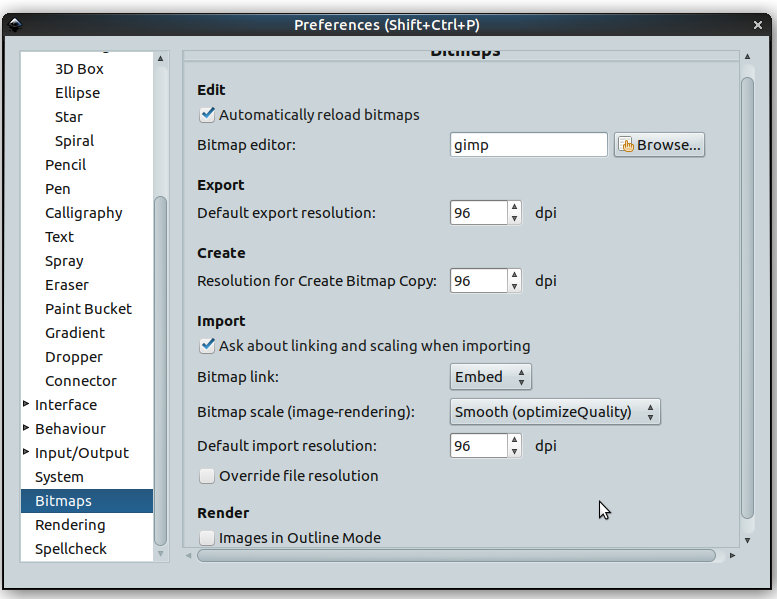 Thanks @Gero!! That’s exactly what we’ve been looking for. If we change it there once to the MakerCAM default, the issue should be solved, right?

That should indeed fix it. Until you use another PC with a fresh inkscape, and then you need to hunt for this menu once again.

This should be a ‘before you get started’ guideline in the inkscape section of the manual.

hehe could be, but then there still will be many people who have issues, (the ones who changed inkscapes defaults to match windows or mac stuff like adobe)

So there seems to be no real solution until everyone agrees to a standard.

And since dpi is locked to the imperial inch in a world thats ever more metric, it might be an idea to also change that.

Maybe we could suggest to the inkscape team to make a button to switch between the most common dpi settings more easy. Ideally while preserving the artworks dimension…