Finally got time over the holiday to get my M2 installed and up and running. I revised the wasteboard frame according the recent release of the guide (improved support of the wasteboard ) , but some curvature still existed in the middle of the board (along z-axis). 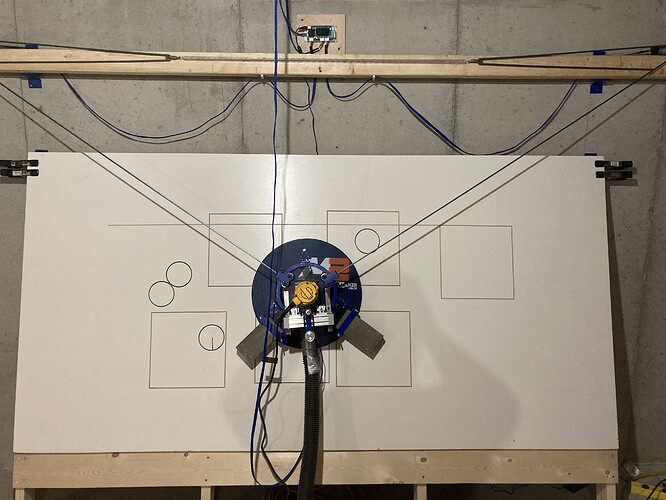 image4032×3024 2.35 MB
Moved forward with calibration and attempted a line towards the top of the board . It may not be noticeable in the photo, the line has a approximate +1/4” bow (in y-axis) towards the middle. I believe this is due to the sag in the wasteboard . Can anyone confirm this or provide suggestions ? I have checked all critical settings / recommendations in the guide.

Other things I am noticing (for info only , not needed to be answered in this post as I will start new ones)

Thought I would post the response from Makermade. I haven’t gotten to this yet but will post my results .

“ That slight bow in the y axis is most likely caused by the wasteboard not being completely flat.

What you probably need to do is attach another support 2x4 on the back of the frame where the red line is on the diagram below.

Or if you don’t have another 2x4, you could move the support 2x4 from where it is across the top, to the back where it would add more support.

That makes more sense anyway. On my frame, I have a support beam on the back of the frame where the blue line is and one where the red line is on the diagram below.

It is attached on the back though, not across the top.

Plywood is never going to be completely flat, but there shouldn’t be an obvious curvature that you can see.

Try adding that support 2x4 or two if you are able. Having a “square” flat frame is really important for maintaining consistency with your M2 over time.

Please let me know if this does not fix the issue. We’ll work it out.”

Were you able to solve this? Mine is having the opposite issue. For long cuts near the top of the board the line bows up in the middle. This doesn’t seem to happen for long cuts that are lower on the board.

After modifying the frame per above it is slightly improved. at appx. 1/3 down from the top of the board I now have a +1/8" bow across the middle 4 ft on the x-axis. I am 99% confident this is because the wasteboard / frame is not truly flat (or stiffened properly).

I haven’t spend much more time trying to improve the frame at this point. It is sufficing for making what I need to make at this time.

So this was gnawing at me this weekend. How could it be that the bow was so symmetric and knowing I was pretty braced in the structure in that area ?

I figured that the basic calibration method wasn’t accounting for a few things (at least not apparent nor direct).

After looking at different calibration posts I found reference to upgrading Makerverse to 1.1.2 and upgrading the firmware on the Due . The improved versions (and more rigorous calibration app in Makerverse ) solved the problem ! (You will see some wandering in the cut , but I’m guessing that is from not tuned feed rate / cut) 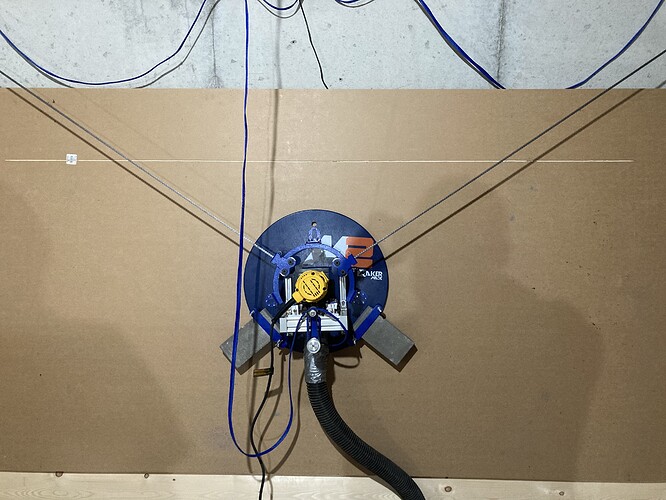 it was merged into GC to simplify maintinence, but now that we are using a bunch
of different software, I think we need to make it a separate utility again.

Our calibration routines are an attempt to be able to measure the error and
reverse engineer what the correct values probably are. It’s a much harder
problem than you would think before you go through the list of all the errors.