I used vectorize to turn the image to an svg. Inkscape was used to resize him. I used the pen holder to draw out max and then cut him out. My kids painted the rest. I tested out painting the main colors first and out worked great. I’ll upload the cut file to the garden later. There are two because I messed up on the tool change and redefining zero. I panicked and hit stop. I then hit start again and didn’t realized that it went back to the beginning and made a half inch cut into the antler. Live and learn, I guess. Here are the pictures. 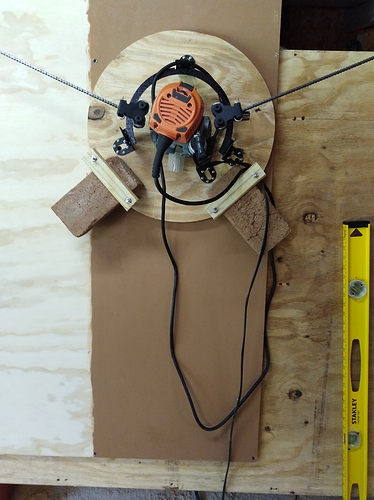 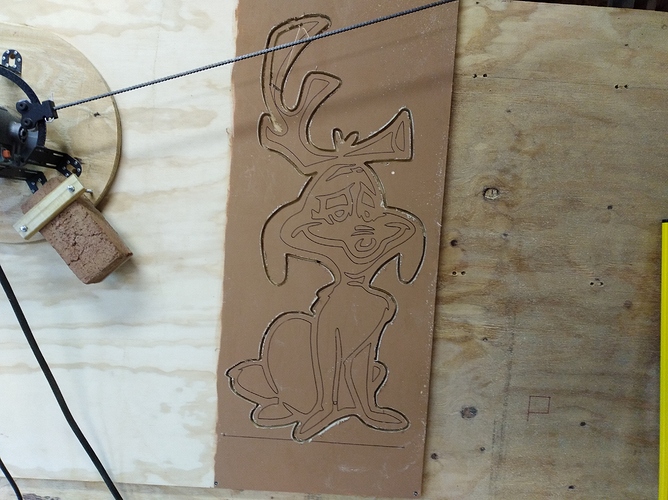 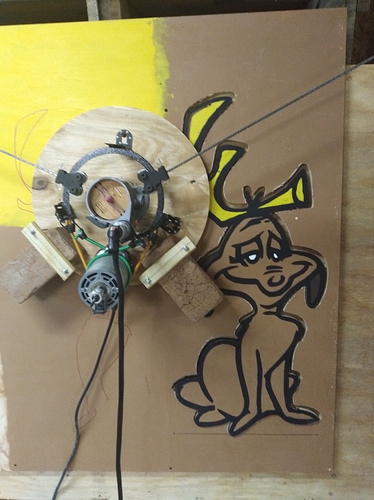 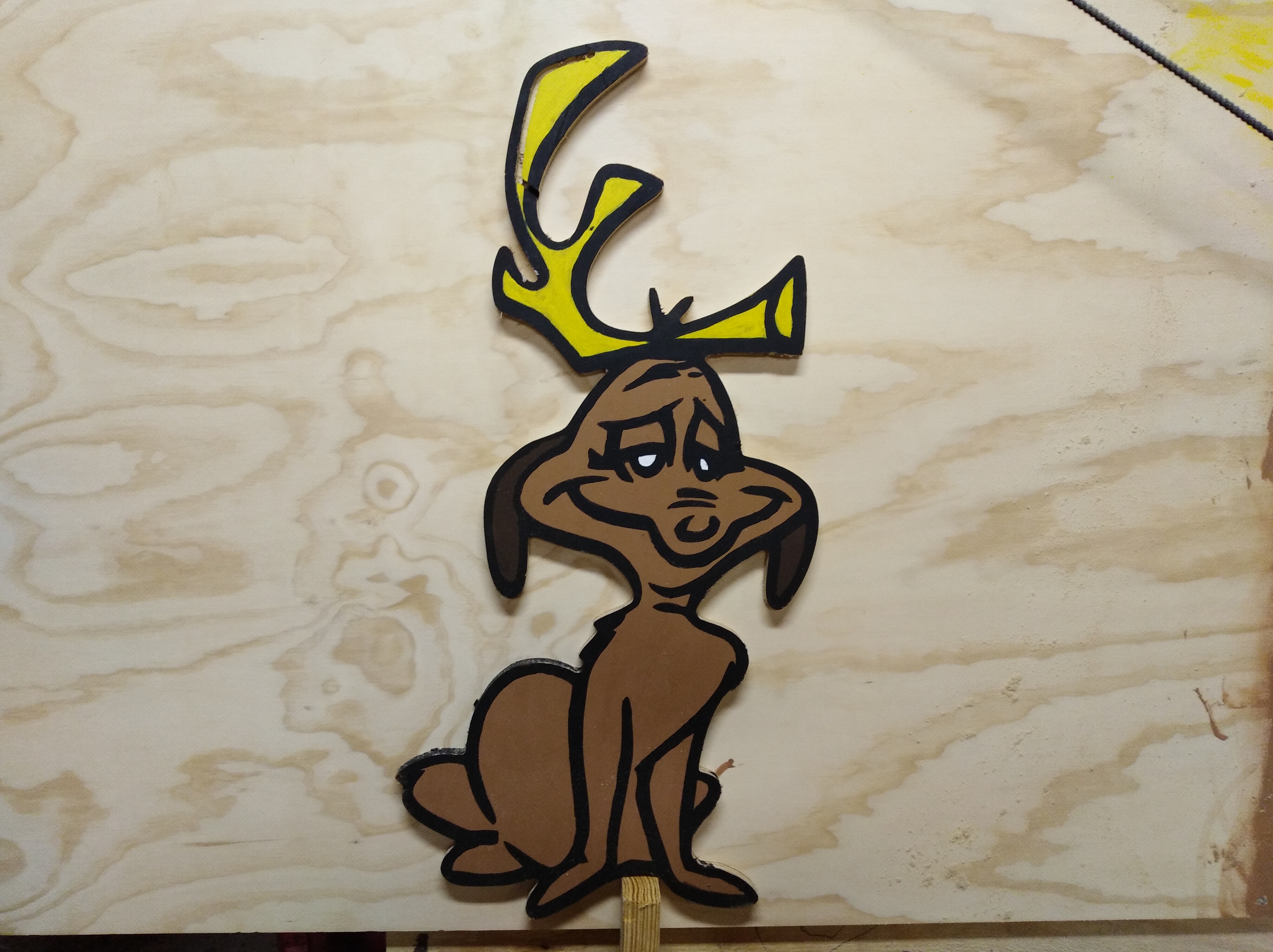 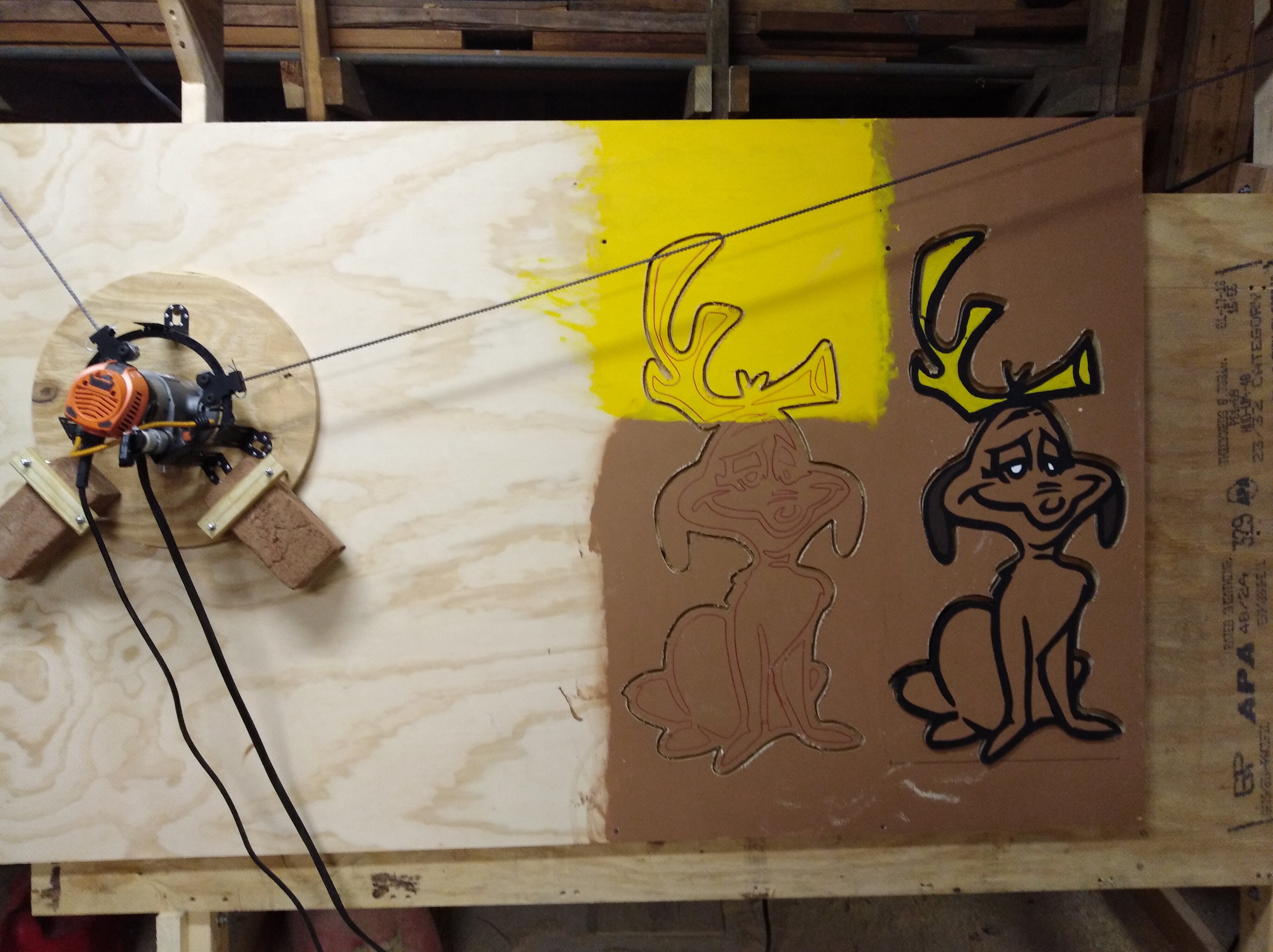 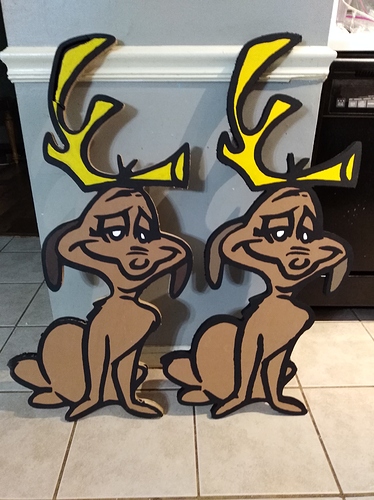 I can’t tell, are the lines for the face pockets, or drawn on?

*Edit: Sorry, if I actually read the post I wouldn’t have had to ask this. I got sucked right into the pictures.

It’s to draw on. I’m not artistic at all. But the maslow is, so I use it to draw out the character. And I hate using a jig saw so the maslow saves me on that too. I know I’m probably using it to do something dumb and simple, but I love it.

I know I’m probably using it to do something dumb and simple, but I love it.

I think they are awesome!

I like how it comes out like it is drawn with a sharpie, but a really big sharpie.