After finally having time due the corona to assemble my Maslow ( been sitting in a box on a shelf for literally years… a little scared to start the project) i’m pretty happy after a few days work. I went for the mark 2 design because i had the materials lying around and am planning to make more tools for the maslow (eager to lend a friends plasma cutter). I would like to share some pictures and i it would be great to get some tips and tricks! 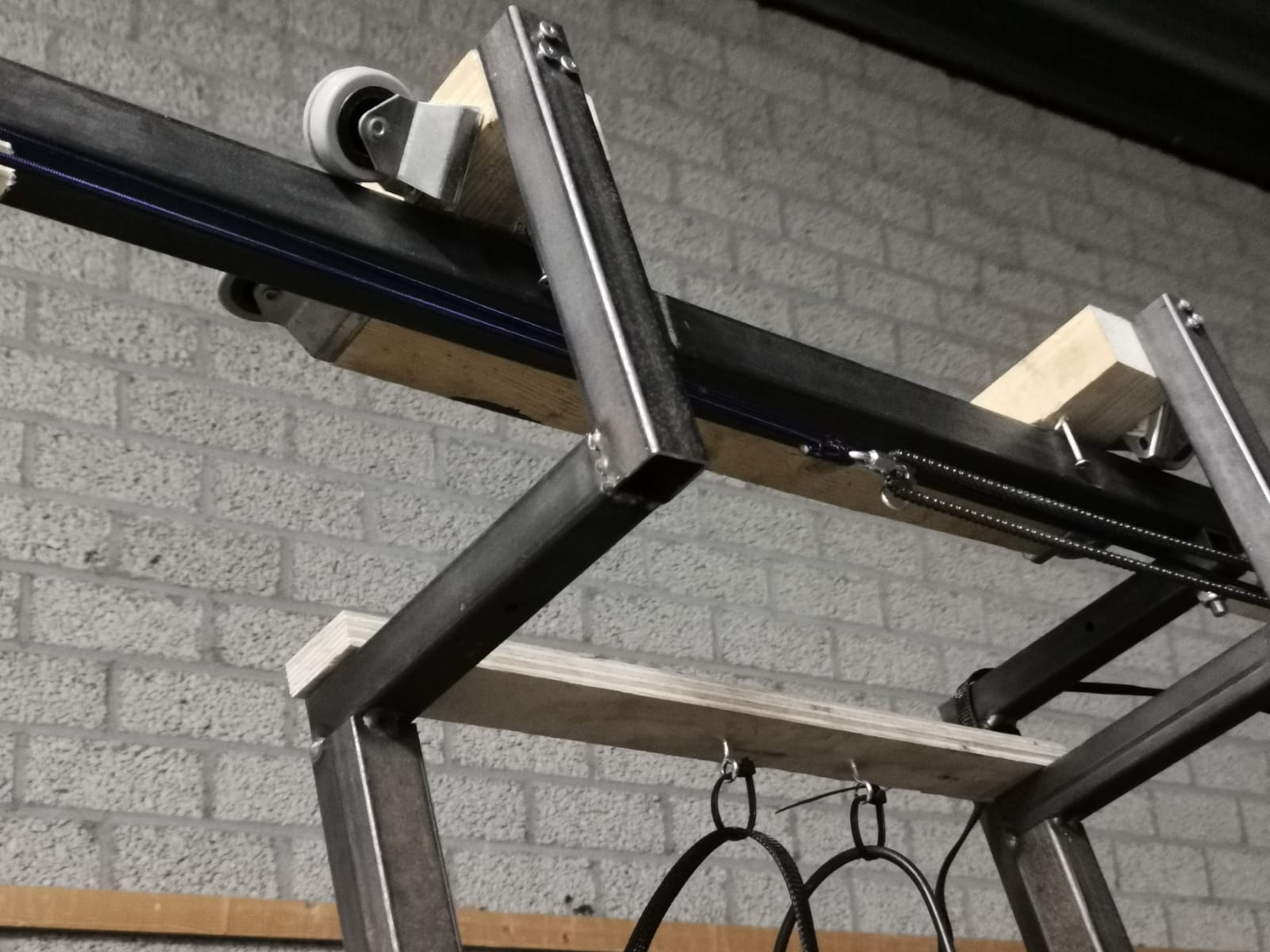 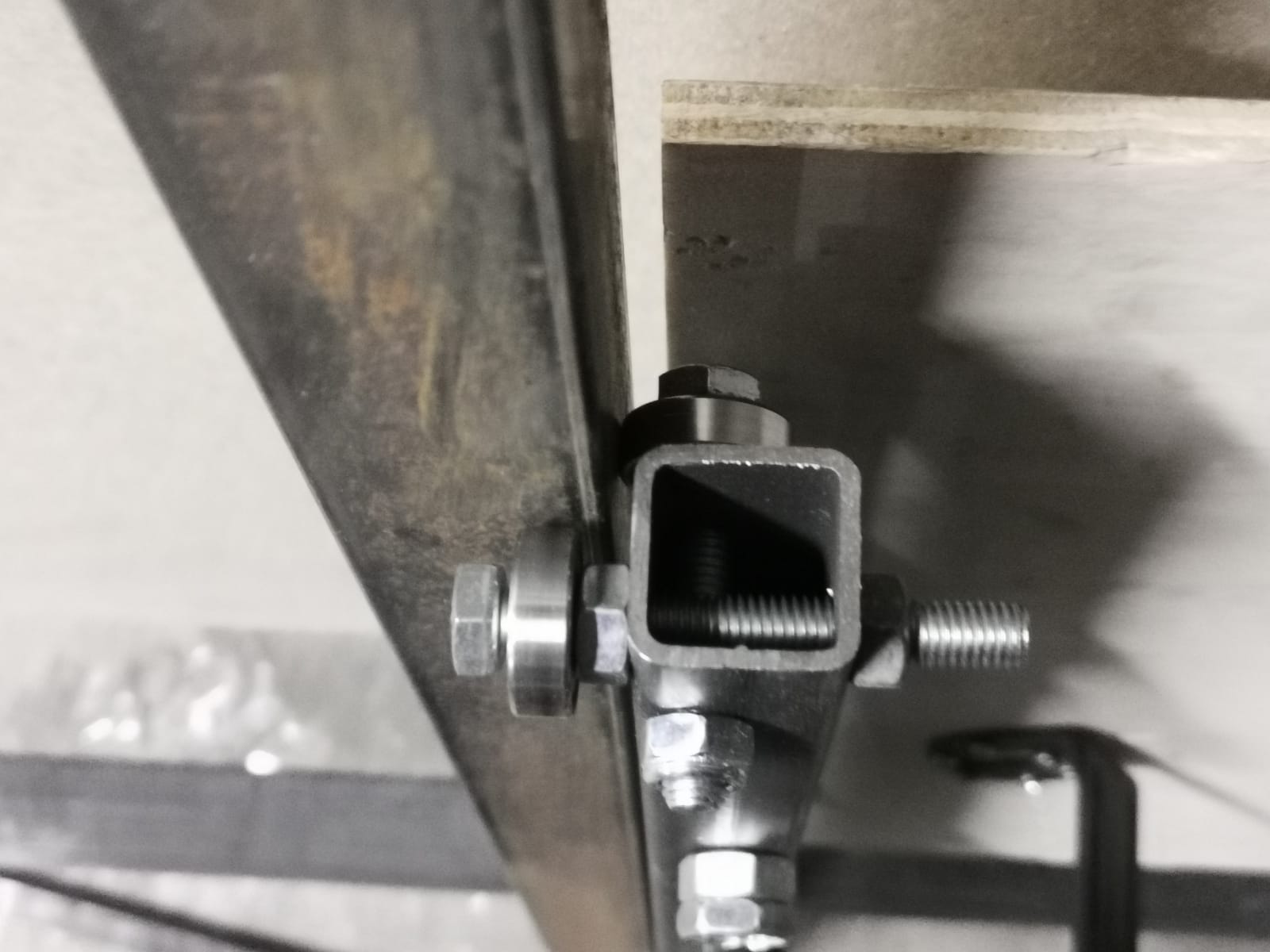 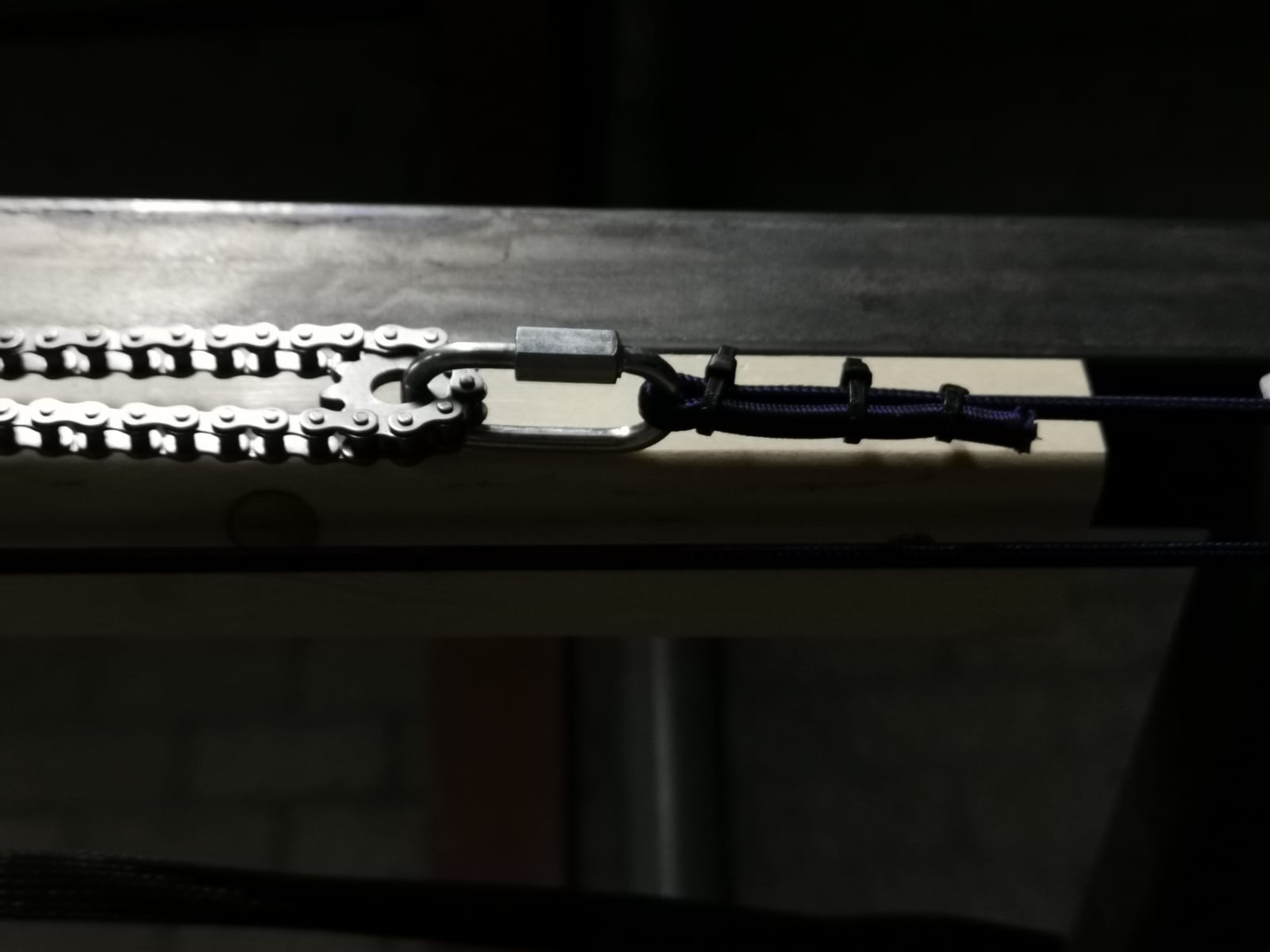 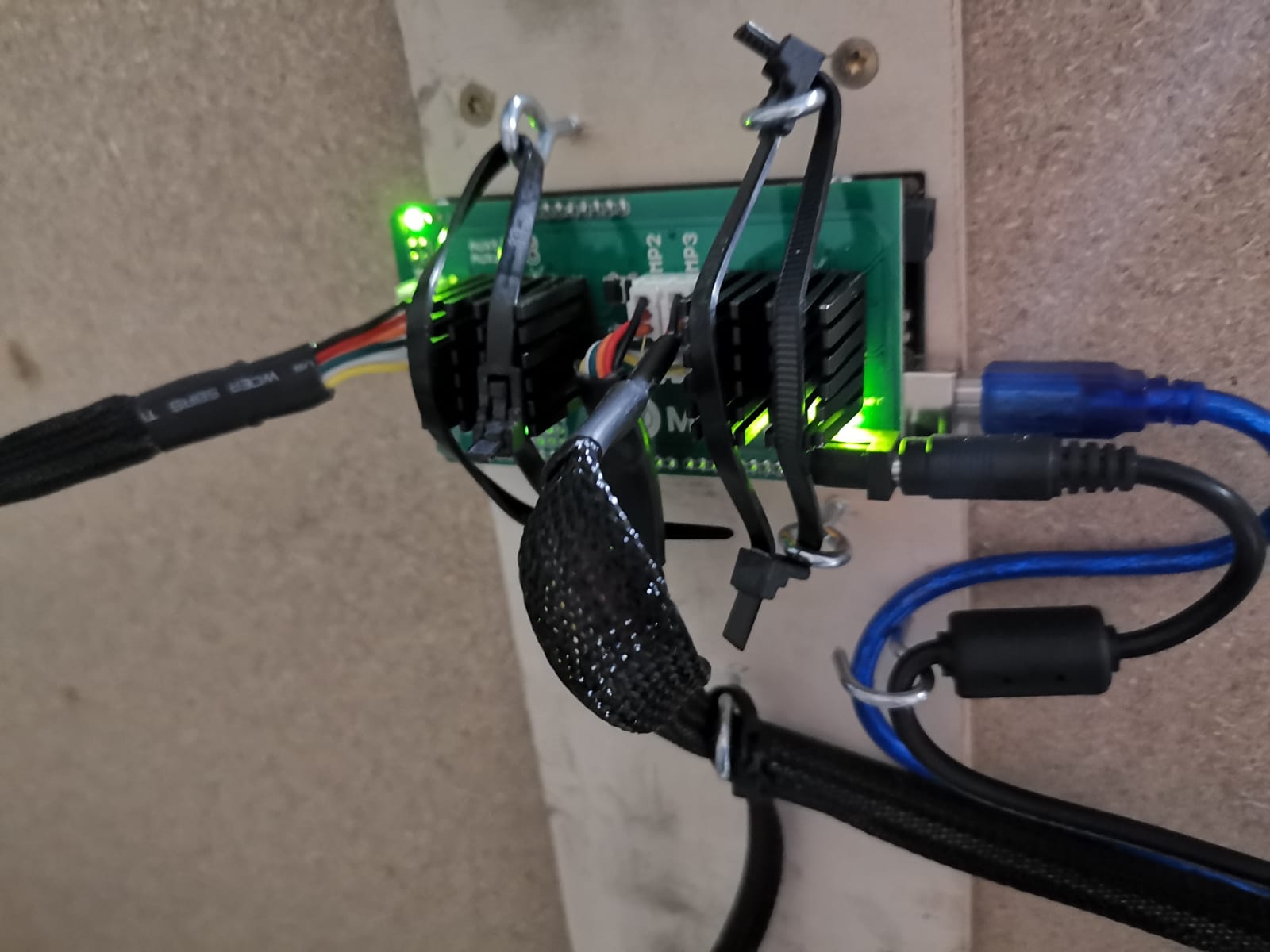 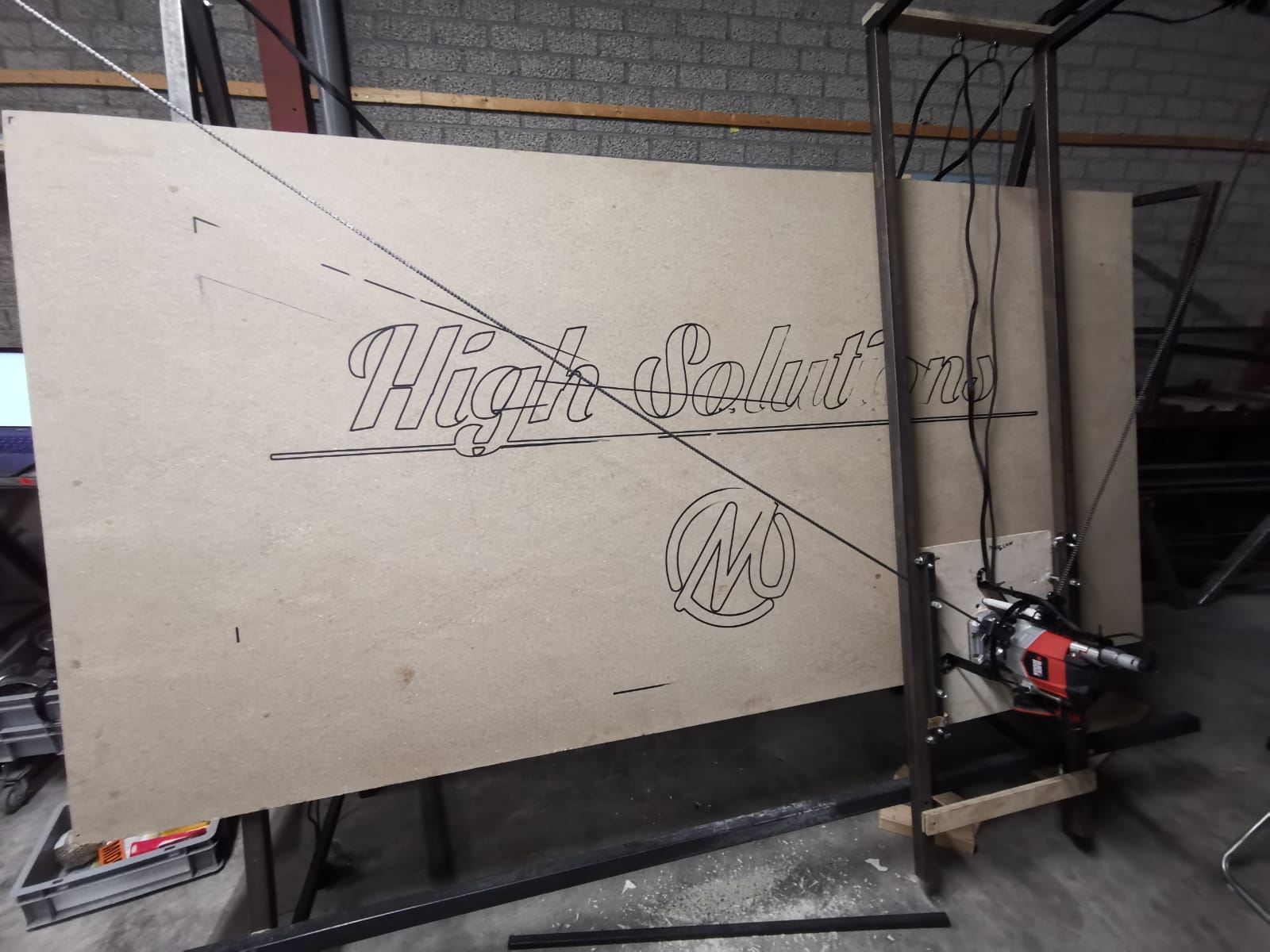 WhatsApp Image 2020-05-08 at 20.36.061600×1200 166 KB
so i mostly did build it with materials i already had, the only things i really bought in store now where the bearrings for the sled because normal wheels where to big and would’t run smooth enough.
I plan to change the wheels on top for bearrings.
For testing i made an extra hole for a marker and tied it to the router for the z-axis.
being a bit eager i started with my logo ( i plan on making some figures to check how wel the callibration is…)

But I ran in to a few questions:
I was running ground control 1.24 & firmware 1.24 and i had only a few slight errors (for now, i didn’t cut yet) i made my own company logo in fusion 360 and the cut stopped regular. not notifying anything, if i paused the cut and resume it would go on but i had to do this a lot. Is it due the g code buffering or did i make a mistake in making the logo? Also the Maslow M logo stopped at the right top corner saying the sled could not keep up. Is this problem in my setup or is it due an older gcode file from the logo (i could only find a gcode file and a makercam but the makercam website would’t work on my mac so used the existing gcode).
when i start cutting should i recalibrate or if the marker calibration is good it will be for using the router?

i used the Maslow main page instructions so therefore i used the ground control software, only now realizing this is not necessary the latest software to use, should i have gone for the web control?

And i have a lot questions more but for now: This my build, hope you like it!
I will keep you all posted

In suspect something in the gcode is causing the pause.

This isn’t uncommon… basically it’s telling you the motors aren’t strong enough to pull the sled at the speed you are trying to. It might be from the weight of the mkII design but could also be that your feedrate is too high. Could perhaps slow down the feedrate, or alternatively, increase the tolerance of the error… it defaults to 2mm in settings.