For Maslow CNC controller, I got The Blue Smoke Herder Shield - AKA the New Maslow Shield (TLE5206). I installed GroudControl on Mac, I successfully upgraded the firmware on the controller. I attached a couple of motors, and then I try “Actions => Test Motors / Encoders”, I hear some sound from the motors, they vibrate a bit, but the motor shaft doesn’t turn on both motors. I’ll continue digging deeper into this problem but decided to post this issue here in case somebody already faced something similar. 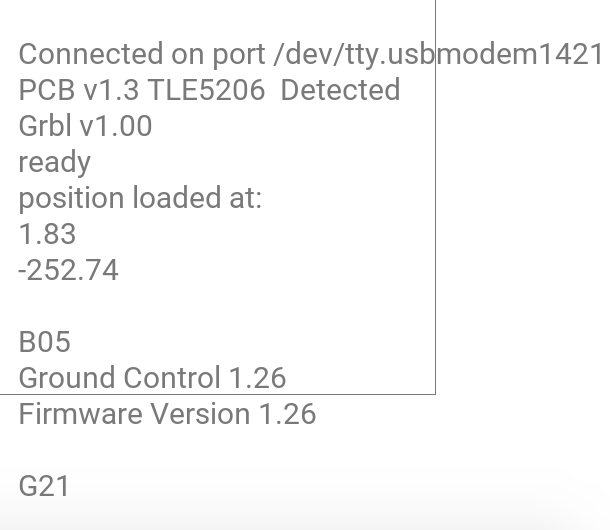 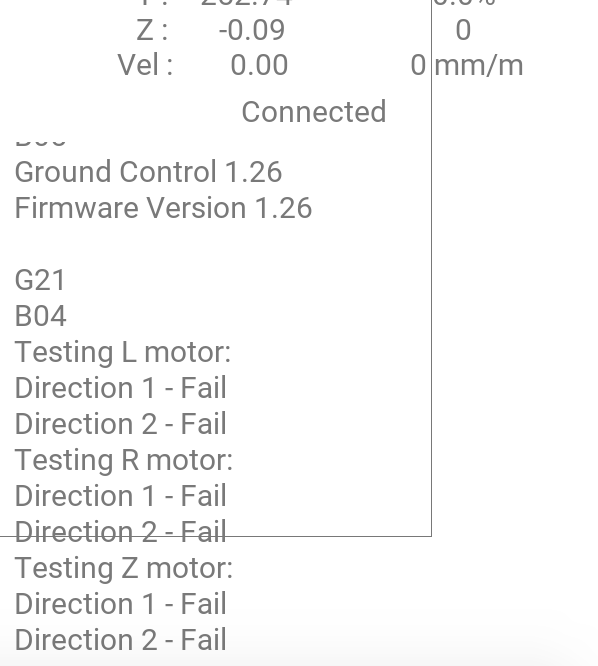 Sounds like it might be the encoders. can you show where you got your motors from and their pinouts? 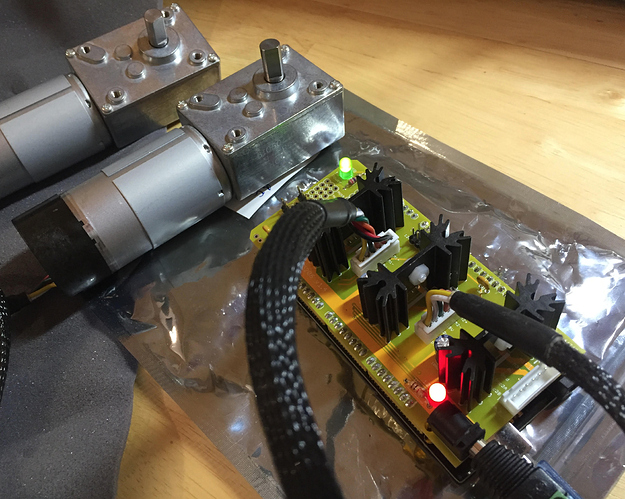 @Jatt, thanks for a quick response! The power goes directly into the Maslow Shield.

Right motor and Z are plugged in in the pic. Where is left motor?

Ah! I thought it could be the motors aren’t correctly connected. These are both main motors and Z-Axis motor is not yet attached. I have Z-axis motor too, let me connect all three motors (and correctly) and see if it helps.

Hmm, I would try unplugging and replugging in both motors, at the shield and at the motor.

The only possible thing I see that could be a problem on your image is that resistor right below the red power led doesn’t look to have the proper amount solder in the holes. I don’t know if that would effect anything though, it might have plenty of solder on the bottom of the board. 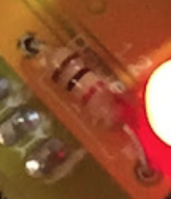 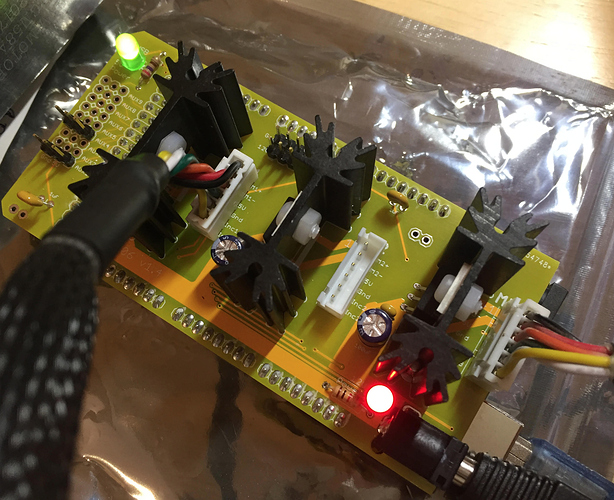 Then I did a test and at the 1st attempt, I got one PASS and at the 2nd attempt all FAIL.
I’ll check all the wires and the resistor! 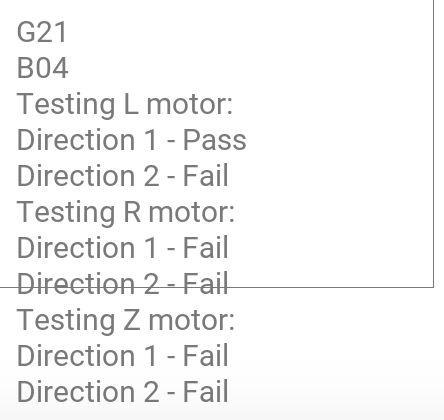 Also check this area from the side, that there is no shorting from the shield to the Arduino USB casing. 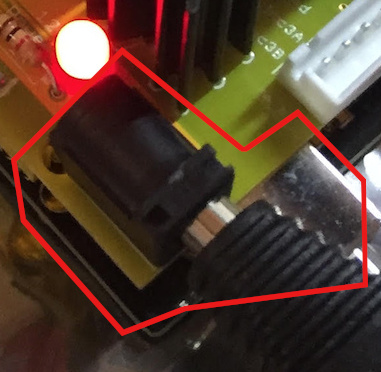 I actually bought two Maslow Shields (just in case I have issues) and just tried the other one. Works all good. Z-Axis motor is not attached yet, but the main motors turn and passed the tests. The second one still had the original firmware version installed at the time it was shipped. 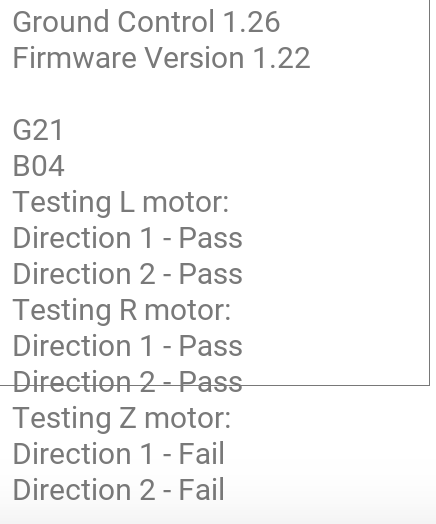 All motors rotate without the problem, however, the tests show FAIL in some cases…
I’ll upgrade firmware to the latest version. 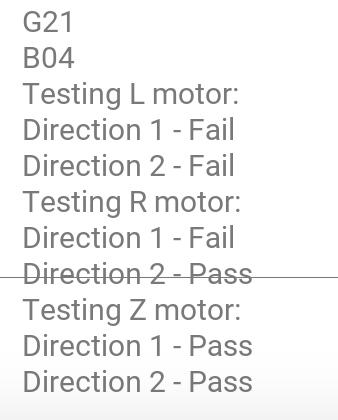 I upgraded to the latest firmware : 1.26 and now all three motors fail in the same way as they were on the first Maslow Shield. So this could be the firmware issue… Let me see if I can downgrade it back to 1.23 version … 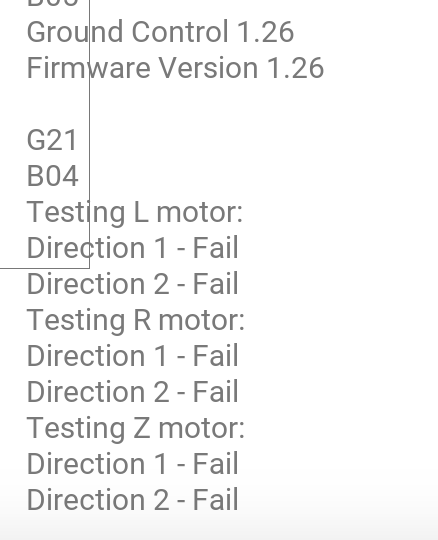 You might need to clear the eeprom if you downgrade the firmware, not sure.

These are my latest findings:

In all 1.23 - 1.26 cases when motors spin, I don’t get consistent PASS / FAIL results. Sometime it’s a PASS, sometimes it’s a FAIL, but motors seem to work fine.

I have FW/GC 1.26 from the releases running on the TLE.
Will test the source in the morning.