New to CNC, considerations when buying a rig

I am keen to seek advice from those of you who know your CNC stuff. I was all set to buy a Maslow and then saw the M2 from makermade for $749.

The M2 looks like it has a spindle, which I have read is a bit quieter to operate and has lower power consumption. It possibly benefits from higher accuracy cutting too.

It is however a few hundred dollars more and I have customs duty to pay on top to get it to the UK. The Maslow is more cost effective but is the M2 kit worth the extra?! I am not bothered about the sled, from what I read you can do this yourself plus cutting your own seems like a right of passage.

I am going to try building a modular garden office complete with furniture for it! Grand ideas I know.

Question is - would you buy the M2 or other over the Maslow Z axis kit?

I would be grateful for any advice on.

I wish I would have waited 6 months and bought it. The better z axis for me would be worth the extra for wasted time, wasted material, and frustration.

Yeah, I bought mine 3 weeks ago, kinda wish I’d known about this as well! I’m planning on building a C-channel based Z-axis anyway (once the parts get here!), so I think I’ll have a pretty good machine in the end.

The M2 also seems like it’s at least in part proprietary (haven’t seen any source release announcement, altough I might just have missed it), and the software ecosystem around it might not be as mature / active as the regular Maslow.

I’m still wondering about the calibration process and kinematics model for the M2. I don’t use Facebook, so don’t know what was posted there, but haven’t seen anything here regarding it. I’m not saying it doesn’t work… just saying I’ve got questions that haven’t been answered.

Looking at the pictures here: https://www.makermadecnc.com/product/m2-automated-cutting-machine-kit-pre-order/

It’s basically the current Maslow with a proper z-axis mounted on a pre-made sled. And the new board / firmware, of course.

An interesting change is the motor brackets; they look like they’re made to be mounted flush (same z-height) with the workpiece, with the brackets themselves providing the “offset” to align with the sled ring. Probably makes for a simpler frame build (they mentioned re-designing the frame).

They indicate they are using a new controller running grbl with a simplified calibration process, so it’s more than just an improved sled.

Yeah, I think it’s based on this one:

Maslow CNC, second generation based on GRBL and Arduino Due - ldocull/MaslowDue

Not sure if they’ve made any changes, though…

That’s what I understand. The version you linked to uses basic trigonometry to determine chain lengths, but it does allow for a scaling of the x,y coordinates by a constant value (one per axis). I think these are the calibration values. Maybe you cut a square, measure it and adjust the x,y scaling coefficients to calibrate. I’m curious as to how well it works in practice on the Maslow.

think they will release their firmware?

I think they kinda have to; it’s licensed under GPLV3. They can choose not to distribute it publicly, but they have to distribute the source with the compiled software they do distribute (on the Arduino they sell with the kit), so it’ll probably be included on the USB stick. Anyone is then allowed to redistribute it as they wish, so it’s only a matter of time if they choose not to release publicly.

Not redistributing the source would open them up to a pretty big lawsuit.

You can use a spindle on any maslow machine and they are a little quieter but if you use a vacuum it will not be noticeable anyways
we have been selling a kit with a dedicated’s z axis for over a year you can check out our system at www.metalMaslow.com
we are the only reseller so far that has provided a kit that solves many of the issues with the original Maslow such as counterweights instead of bungees, an included relay to turn the router on and off, longer chains for better corner accuracy, the laser Cut metal sled for lower center of gravity and no bricks and cheaper than any other kit once you include price of upgrades

Just my 2 cents… making my own sled cost me countless hours of troubleshooting to get the machine to a usable point (3 versions with LOTS of calibration). No doubt I learned a lot in the process, but, if I did it again (you never know!) I would go with one of those versions with a precision cut metal base. Also, the upgraded z axis would be sweet.

As an aside, before responding, I searched “m2 cnc” and got this… 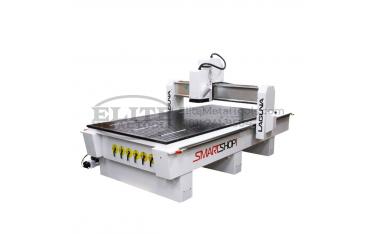 I think I could find a spot in my shop for one of those for $749! The shipping on that baby would be more than that!

Hi @Dustcloud - thanks for your input

the M2 I had in mind was this… https://www.makermadecnc.com/product/m2-automated-cutting-machine-kit-pre-order/

Yes, I found that. Looks good, but I would need feedback from owners re the concerns @madgrizzle expressed.

They have a video on Facebook explaining the product.

By default it comes with a bracket for a Dewalt router. They might be able to sell you a bracket for the spindle of your choice. Ask them!

The Maslow z axis is far from perfect. I am in the process of building me a Z axis based on the Meticulous Z axis listed in the Maslow Playground. If I was purchasing a Maslow Kit I would seriously consider this kit.

The other thing that looks nice is the chain tensioning system, the Maslow standard bungies work, but could be better.