I figured I would have the Maslow counterbore the holes for itself while cutting the final sled, I don’t think I made changes tot that part of the sled with alignment that I found in the community garden. Very strange.Sled with Router Holes.dxf (39.1 KB)

Also having issues getting the scaling correct. Im working on a Mac if that is any correlation.

Interesting… I just exported the drawing from your link and everything exported file. I then opened the DXF in Inkscape and verified the scale… all good.

Here are the export settings I used. 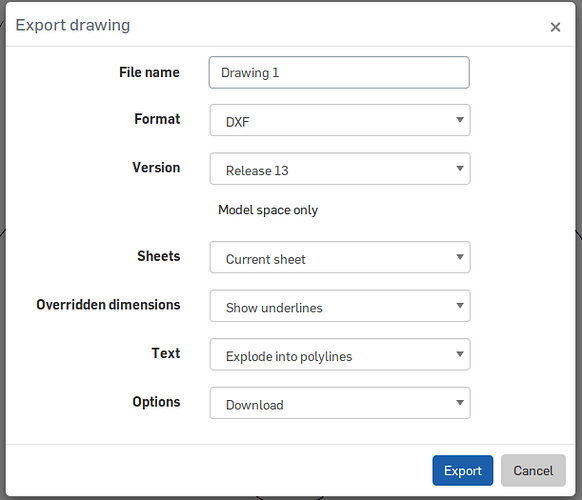 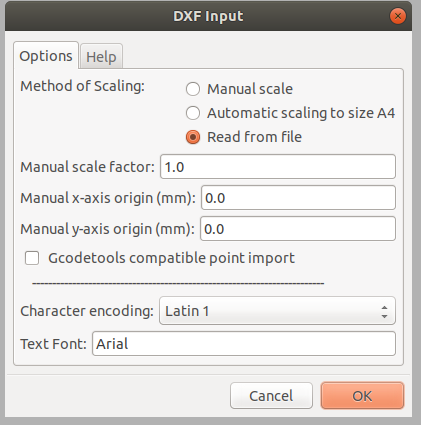 I basically followed the same steps in Bar’s tutorial on how to get from OnShape to SVG for MakerCam.

Hopefully this helps… if not; let us know specifically where things break down for you.

Interesting. My version of ink scape doesn’t have those import options. Something I forgot to mention earlier, when I used converio.com to convert it then opened it in makercam thesamething happened. Something must be up with how my computer, a Mac, converts the file. Which really doesn’t make any sense. 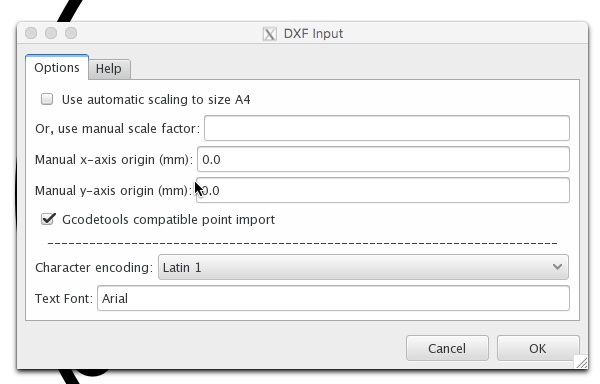 These are the import options that I get.

Very weird. I’m using Inkscape version 0.92.3 on Ubuntu. What version are you running on your Mac?

I’ve never had converio.com scale anything proper when converting a DXF (probably because the DXF was using inches). If I normally trying to put a square of a known size (like 3x3 inches) then scale that to match the grid in MakerCam (that way I know I got everything right or at least close); then delete the square in Makercam.

Here’s the SVG I got out of Inkscape; you should be able to open that in Makercam at 96dpi.
edit - zipping SVGsled.zip (1.8 KB)

I just tried this on my mac… and I’m seeing there may be some challenges. There the only Mac port of Inkscape is 0.91 and you’re right there is not “read from file” scaling method on the DXF import.

I started trying to see if I could install a later version of Inkscape on OSX but that started getting more involved than I want right now… one method requires that I install Xcode (how I don’t have that installed… even an older version I don’t know, but that requires I upgrade OSX to High Sierra… sorry no OS upgrades tonight

Surely there are some other Mac users here that can weigh in on how to properly convert a DXF file to SVG and maintain the scale.

I’m trying to install FreeCAD 0.17 on the Mac now… download is taking a while. I’m sure there is a way to do it in there.

I will not be beaten! This seems like it should be simple, but sadly it is a part of this that can be a bit frustrating.

There the only Mac port of Inkscape is 0.91

I haven’t tried it (yet), but there is a Homebrew formula for version 0.92.1 from the Inkscape author, mentioned here.

I was able to use LibreCAD to open the DXF from OnShape and export as an SVG for MakerCAM.

LibreCAD has a specific export for MakerCAM… I was impressed by that.

Inkscape is released as source, there is no porting to Mac needed, just
compiling it into an easy-to-install package

see https://inkscape.org/en/download/mac-os/ for the latest news and consider
compiling your on version to break being dependent on others