I’m wanting to cut out this for a gift but I’m afraid it is going to take a very long time. The Gcode is 9 some thousand lines.
Any Ideas on how to cut with a 1/2 bit or larger 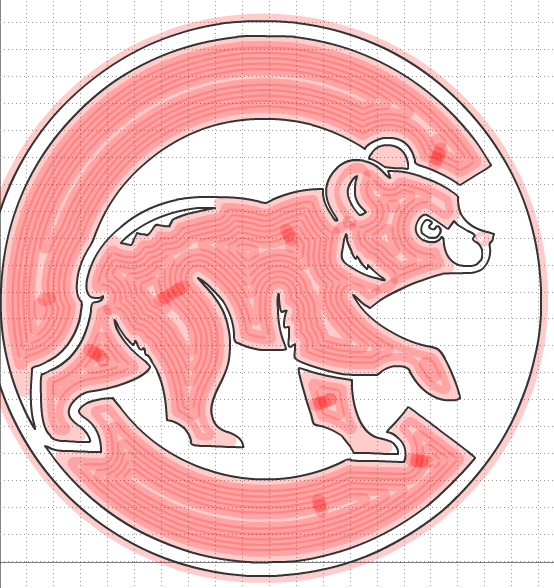 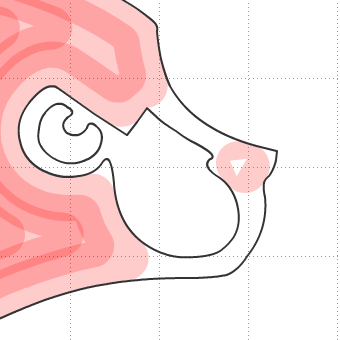 I’m guessing I could change bits when its done then find the spots it didn’t hit by cycling through the gcode with a viewer and then starting the cut again from those spots?

Anyone done this or have a better idea?

I believe F-Engrave (freeware) has that functionality

Another option which I haven’t tested would be to run it as a pocket operation for the larger bit, and then do a profile cut on the inside of the line. That way the big bit would remove the bulk of the material and the small bit would come back and add the detail.

the big bit would remove the bulk of the material and the small bit would come back and add the detail.

Yes! This is exactly the functionality that F-Engrave automates. Depending on how much detail you have and how many different sizes of bits you want to use, there may be some cleanup involved. Bar’s suggestion will do the same as F-engrave’s “clean up” operation, though I think it does the operations in the opposite order, and allows you to use the smaller bit to clear out the areas left behind by the larger bit without having the CAM try to run the smaller bit over the whole pocket.

CAVEAT: I have not actually used F-engrave yet.

I just tried F-engrave but it doesn’t look like you can import SVG files and it was having issues Importing the DXF file I converted from SVG. Manually creating a few cleanup profile cuts should be easy enough. Thanks for the suggestions @Keith @bar. I’ll let you know how it comes out.

You probably thought of this, but did you try saving your file as a BMP? Looks like F-engrave only takes the two types of file (didn’t know that until today). I usually use GIMP for my image processing, in case you needed one.

it’s going to be different g-code, running the same g-code with a smaller bit
won’t cut any wood (anything in range of the small bit will already be cut)