Replacing the Hall sensor on a motor

After extensive testing, I have come to the conclusion that the Hall Sensor on one of my motors must be faulty. It is encoding the movement of the magnetic disk 1,5x the actual speed.
These are the motors I am using: 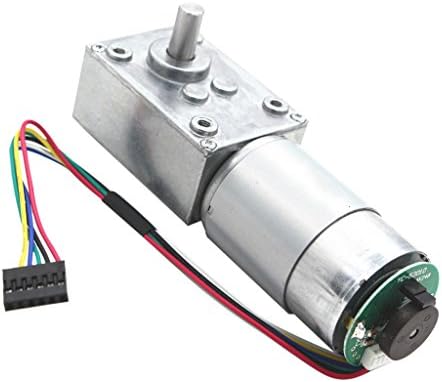 Does anyone have experience with changing the Hall sensor? Would it be possible to desolder it and put a new one? I had asked in a local electronics shop, and they told they haven’t seen a 4-pin Hall Sensor as the one on the motor before.

I cannot find anything according to these numbers online… Maybe it’s possible to measure the current on the single pins… ?
Any help on this is very much appreciated!

If it is encoding the speed at 1.5 x the actual speed it seems to me like that wouldn’t be a sign that one of the hall sensors is broken, more likely that the gearbox has a different ratio or that the magnetic disk has a different number of poles. If one sensor was broken I would expect it to simply not update the position, but I could be wrong since I haven’t seen one fail before.

What are the reasons you know the sensor is to blame?

The picture of the Baumarkt shows the YC-52010. Is that not the encoder on your motor?

The reason why I think its the hall sensors are the followig:

In addition I was also suspecting the hall sensor, because on the faulty motor, the sensor has a little bit of play. It easily bends back and forth

the sensor has a little bit of play. It easily bends back and forth

The problem might be a poor solder joint, or cracked trace on the encoder circuit board?

Great suggestion @blurfl. A faulty connection could give strange results.

What a through investigation @zuse…nice work!

Thank you @blurfl for the leads, I will look into it this afternoon to see if I can improve the solder joints on the back of the PCB!

the spacing between the two sensors is pretty critical, I think you are probably
best off just replacing the motor.

the spacing between the two sensors is pretty critical, I think you are probably
best off just replacing the motor.

Replacing the motor would mean another 20-30 days delay in my project to build the Maslow. And even then, I cannot guarantee that the seller will not again ship it without proper wrapping like last time…

Do you mean the spacing between the magnetic disk and the hall sensor? I had tried to adjust that senor a bit, but couldn’t find any difference in the behavior of the motor. Which makes me think that it might actually be a cracked trace on the encoder circuit board as suggested by @blurfl

There are actualy two sensors in the package, and they need to be out of phase
with each other by a specific amount.

@dlang are you referring to the layout of the original motors? Because as far as I know, the one that I have, that I referred to on the top, only has one sensor.

I am attaching an image, because there is some spacing between the sensor and its socket (is it a socket, or a second sensor?) The functioning motor doesn’t have that spacing.
cheers
zuse 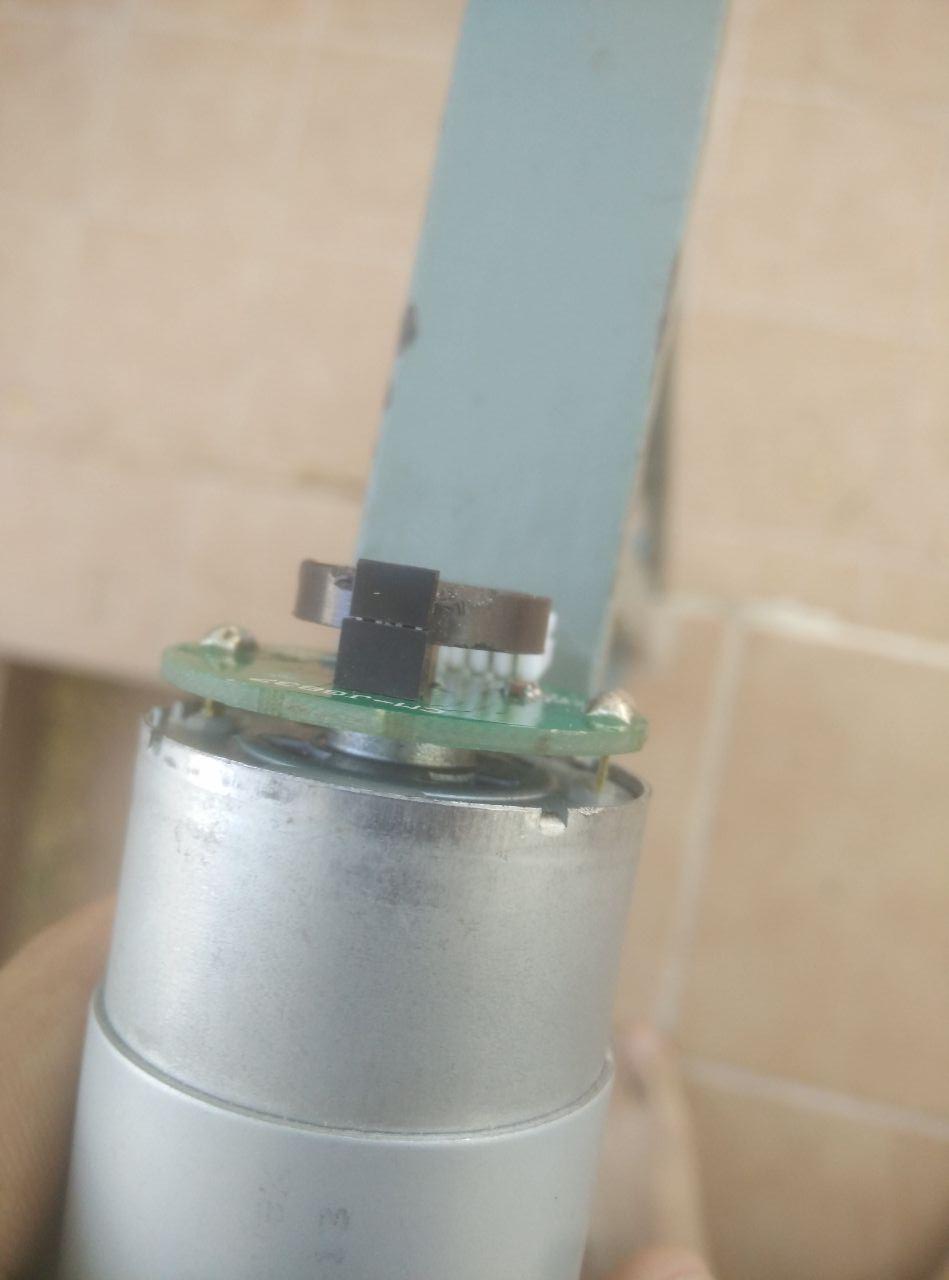 Any luck on the fix? I think my hall sensor or something on the board is also done for, and would love to know if you found out what sensors are on the board! I had vin and gnd switched for a while and now I get no reading from the sensors, eek.

Hey. You’ve get same motor model as me

I have problem with encoders. They count less in one direction so Z axis is going lower and lower. At the moment I’m decided to change encoders type. As you know I made my own chain motor mount for top beam. It let me connect any encoder directly to output shaft. There are magnetic disc and optic Quadrature encoders that will work in maslow cnc. Do we really need that big resolution? https://wemakethings.net/2014/05/26/rotary-encoder-teardown/ 1000 x 290gear ratio x 4=1160000 Optical enco…

I’ve got same encoder as yours(it’s different from maslow default encoder). It was working good for 3 months and now it started to miss steps.

I want to discuss this problem here

Imo the best way is to get diffrent encoder board or go for optic encoder.
I re-soldered connectors to bigger raster 2.53mm then added 4x1 shielded cable for encoder and 2x1 to directly to encoder.
It does help till yesterday day i found out bit is going deeper then it should.