So I’ve hit my first issue. 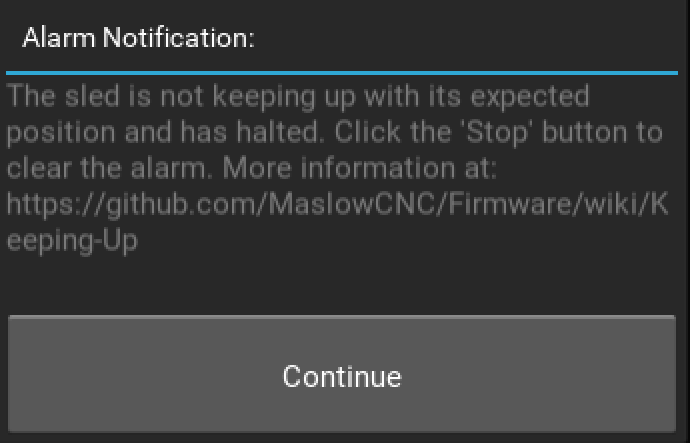 I then have to reflash to get it responding again.

arh! arduinos, just turned everthing off, had a cup of coffee and it all works again. mmm

I do prefer to know what went wrong, oh well on to the next step.

Oh wow. We need some comparing if anyone can replicate that, for a fast exclusion that it’s in the firm-/soft-ware.
Hardware i would target the encoder itself, or/and the cable and measure the ohm’s on all wires.

I did swap the motor wires over to see if it was a motor and nothing was working, so I switched it all back and as above, went for a coffee.

@gero thanks for a super quick reply, I think it must have been either reseating the cables or the arduino.

It’s a full working week until i get back to the workshop, but the 360 test for both motors is on my list.
Will add this 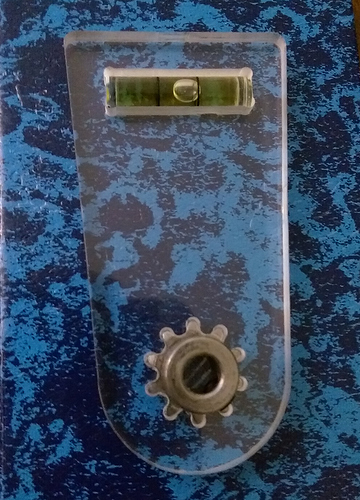 @Gero what is this level device? I must get one!

Set your 12 o'clock position with a level... because Technical Details

About setting the 12 o’clock position with Ground Control, Do you see what I mean? [12oClock] I find it difficult to visually set it straight. Now you might wonder “How straight is straight enough?” Well 1/12 of a sprocket tooth distance is 3 degree. That is: [12oClock_ticks] And this causes about 0,5 mm chain position error on a sprocket. If both sprockets have an error around 3 degree off. They either go opposite (one too high, the other too low) and the X, Y workspace is shifted like t…

I’ve been using a 7" level as the first picture shows, I just purchased a bunch
of cheap magnetic level bubbles, we’ll see how well they work when they arrive
on the slow boat from china. (the 7" level is big enough and the magnet on the
bottom weak enough to be hard to use)