Since the stock RPM of the Ridgid is higher than optimal, why can’t we use a router speed control to bring it down? Like this:

Why can’t you? Give it a try and please report the results.

Thanks, that is my intent. I wanted to post and see if anyone else had tried and found some unintended consequences.

The speed control on the ridgid is electronic, it keeps the router running at
the same speed no matter what the load, so when it hits a hard spot, it will
increase power to keep the bit turning at the same speed.

the speed controller you are pointing at just reduces the power available to the
motor, so when it starts bogging down, it will slow down even more.

putting the two in series will not work very well.

Someone could probably open up their router and figure out if there is a
modification that will let us change the range of speed that it will maintain.

nice thing about the ridgid is lifetime warranty as long as you register it. I was trying to find another router with lifetime warranty but could not really quite rare. As long as Home Depot doesn’t go out of business you should be fine for a very long time

Although it’s spendy a Super PID could a good solution. It’s been around quite a while, you can search cnczone.com for it’s early history and reviews

Does the warranty cover the stripped out Z buttons? Is it like Craftsman (used to be), take it in and leave with a new one? Just curious

Yeah, you were totally right, there is undervoltage protection in the speed controller and the router shuts down.

Looking at this https://www.ereplacementparts.com/circuit-board-assembly-p-2568420.html
There are 2 trimpots on the circuit board, they might be used to set the slow and high speeds for the router. Who’s going to be the first person to take their $160 router apart and try it

Who’s going to be the first person…

I was able to get the low speed down to 8,000RPM by turning the pots. Haven’t made serious wood chips with it yet - couldn’t say what I’ve done to the speed control feedback settings. A quick freehand cut in a piece of ply ‘sounded OK’.

One pot seems to set the lower limit, the other the high limit. I turned them to their limits in the directions shown here. 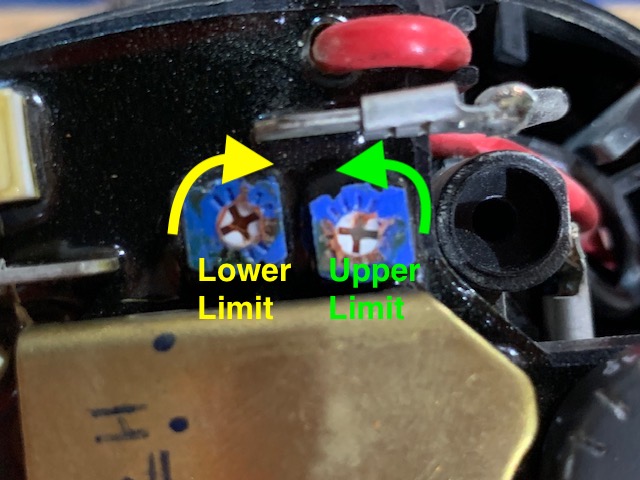 @blurfl, what router is that?

what router is that?

That’s the Ridgid R22000 with the top cap removed.

just a thought, since clockwise is normally increasing resistance, there’s a good chance that replacing that pot with a larger one (or a fixed resistor) would let you further lower the minimum speed. 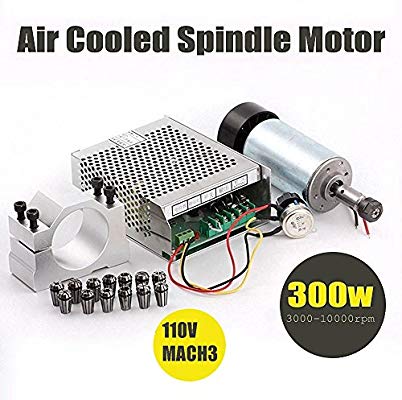 I popped the cover off my Ridgid 2200 hoping to see some pot switches. (Didn’t find this thread till AFTER, lol…isnt it always like that?!?)

Anyhoo, not sure if they’ve changed the settings, but i played w mine while powered on (don’t try this at home warning.)

and it’s already set to the lowest speed. (I reopened it after finding this thread and tried the settings, but for me, it just sped everything up.

Ah well, maybe time to look at spindles for some of my projects.

Be aware when removing the orange caP, there is a little two wire plug that’s glued to the orange cap. (I gently pulled it off (broke the glue bond) and re-inserted it. I initially though it was a safety that cuts the “go” circuit if the cap is removed, so i tested for shits & giggles…router will still RUN with it unplugged, so be aware its NOT a kill circuit. Also, if you don’t understand basic electrical, or have shaky hands, ! dont test it while plugged in as there are there is HOT bare tabs coming out of the control board that power the motor. 45volt minimum and goes up as speed dial goes up.