I am formatting my computer, I am struggling to decide on which windows to install.
Windows 10 does not ask user whether to install upadates or not.

Let me know your views on which to choose version of window.

Welcome to the Forum!

Why does win 10 not update?
If you are planing to give your production pc internet access, you want the version with longer lifetime (10) and you want to have it up-to date. As long as you don’t surf suspicious sites and don’t install pirated or ‘freeware’, you should be ok with only the ‘win-defender’ running.

1 more option would be linux

. Not even half as scary as some people like to make it.

I think @bkdroid13 is saying that Windows 10 just does the updates without asking, but I could be wrong.

I know that some folks really dislike Windows 10, to the point that they are facing a dilemma as Windows 7 is reaching end-of-life. I wasn’t a big fan of Windows 8, and was already thinking of switching to Linux anyway, so I went ahead a made the switch to Ubuntu Linux and have been very happy with it. On the other hand, I’m happy to tinker with my system, and while Linux has gotten much more user-friendly over the years, it still requires you to go “under the hood” (use the command line) to do things like install more advanced software.

I can’t comment on Windows 10 because I haven’t used it. Microsoft Will Finally Let You Choose When to Install Windows 10 Updates -...

Windows 10 has become famous (or perhaps infamous) for installing updates whenever it wants, often getting in the way of what you're doing. Well, there's a new update coming soon, and it could mark the last time you have to put up with Windows 10...

@bkdroid13
Welcome to the forum. I do believe win10 is your best option for using groundcontrol.

I’ve always been a windows user (except for my first ~18 years where my schools and family business were Mac only) and I like 10. XP, 7 and 10…everything else were “the lost years”.

Please be aware Windows 7 is End Of Life in 209 days. It’s time to move on from
Windows 7.

Are You Ready for Windows 7 End of Life?

The end of the Windows 7 lifecycle is set for January 2020. Here's what it means, how it could affect you, and what you should do about it.

Thank you very much for your extensive answer!

I’ve used WinDoze since version 1.0, and except for ME every version since. Every time a new version comes out there’s this amazing uproar about how the current version is the best ever, and the new one the worst ever. When WinDize 11 is released I expect the same result.

Reasonable advice is wait a year or so for the first service pack or as now called the half year releases, and while remaining a bit skeptical ignore most of the old version hue and cry. The big exception would be a poorly written critical business application that’s bound to a specific version, and in that case castigate the selectors instead. I haven’t dragged out my old DOS 1 programs for some time, but the last time I did they ran fine, well except for Space Commander which was tied to the 4.7MHz (or whatever, it’s been near 40 years) 8088’s speed.

My insider preview laptop has been turned off for several months, but it’s what I ran my 2000 mile away Maslow on.

W7 is set to become a bug riddled hacker paradise, at least if you believe the Corporation for Medicare/Medicare services, who will soon refuse to pay any medical claims (entertaining for yoose with universal health care, I’m sure) created on a W7 computer. They did the same with the XPocolypse. Think of Y2K for Medicare.

Sure it won’t convince you but despite some periodic update hiccups (which never bothered my Insider Preview I5-5200U laptop) it runs my CNC machines, 3D printing, rare computer game, cad/cam, Arduino ide, etc. Giggle around a bit and you can find directions on how to update from W7 to W10 for free even now.

Not an M$ shill, just a retired over 50 year computer guy (systems (and way more) programmer, IT, sysadm, raised floor scrubber) steamrollered by the school of hard bits many times 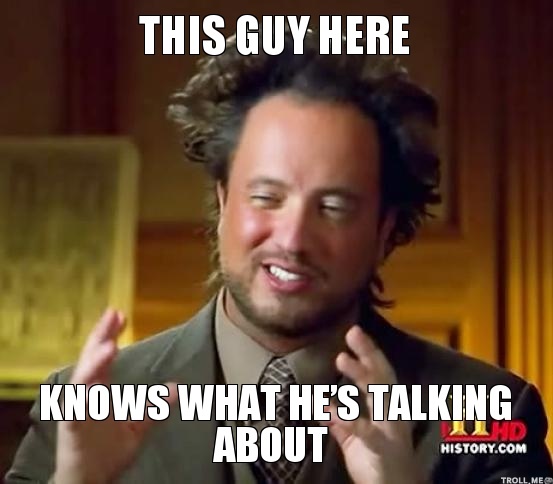