My next big project is going to be an full size arcade cabinet. I plan on using an old desktop computer I have laying around to run the emulators. However, I am limited on tech smarts relating to computers and have decided to throw it out to the community for some advice. The computer boots and runs pretty quickly.

Disclaimer, I know its bad to run Windows XP while connected to the internet. I don’t plan on doing this.

The Goal: Use or Upgrade to get the most out of this old computer as an arcade emulator, rather than throwing it in the trash.

I have searched the internet for some answers but to no avail so I decided to reach out to the smartest people I know…Maslowians.

I’m working on one now. It is intended for Sega and nes. It is a desktop unit. 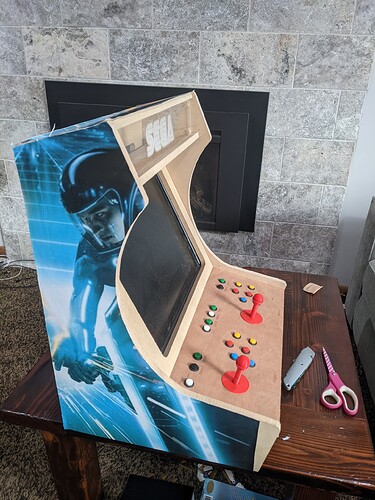 I’m using an Acer aspire 1 netbook that can barely run Linux, so I got a stripped down version of Ubuntu called Lubuntu and it seems to run ok for moral Kombat and punchout. I have not tried Tony hawk from the play station on it, but your hardware sounds adequate. Are you thinking ps2 games as well?

PS2 would be nice, but I’ll be happy with what I can get out of it.

I would switch to linux. I have not tried it but there is Lakka which is super lightweight OS + RetroArch

RetroArch is the best choice because it supports so much. You can get more lightweight emulation but are often limited to the platform it supports.

I would urge you to try it with what you have first and then think about upgrades.

You should download a manual for your make and model of motherboard. That will list the CPU and memory you can use. Can’t find info for Intel 915GSE. Is this the chipset?

4GB ram will help but I think CPU is your bottleneck for next platform level (PS2). If you get a better CPU and can do 8GB Ram then go for it. Some emulator cores work much better with specific GPU.

I wonder if anybody’s tried one of the comparatively inexpensive mini-PCs that are around a couple hundred US $? Here’s a somewhat random sample, I’ve seen low end 11th gen core i3’s go through my rss feed in the same price range from the usual suspects, N6xxx pentiums could be a good choice, but of course can’t find an example when I want it. I’m planning to add one to the Mooseshop after getting fiber pulled out there, at least on paper they compare favorably with my i5-5200u CNC lappie, and should run circles around a Core 2. No fan so dust shouldn’t be an issue as long as it doesn’t get buried in chips.

Ill second these suggestions and add that installing Linux and then installing RetroPie is a clean simple way to get RetroArch (emulator) along with emulation station (visual front end) packaged together. Runs on Linux or raspberry pi. Google how to install it and there are instructions on loading the installer and running it. 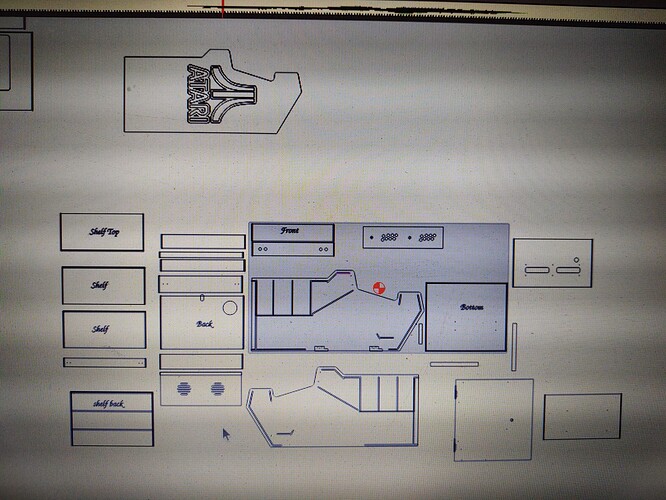 The lines on the cabinet are dados for shelves and crossmembers. The outside of the cabinet will have that large Atari symbol with acrylic inlay lit with LEDs.

The plans were imported from classicarcadecabinets.com where I modified the dxf in carbide create, removed the front panel with coin slot to put in shelves.

I will share the carbide create and gcode files once I cut it out and fix any mistakes.

Is that going to take 3 sheets?

I think it may get be a litte over 3. I also had to widen it for a bigger screen. 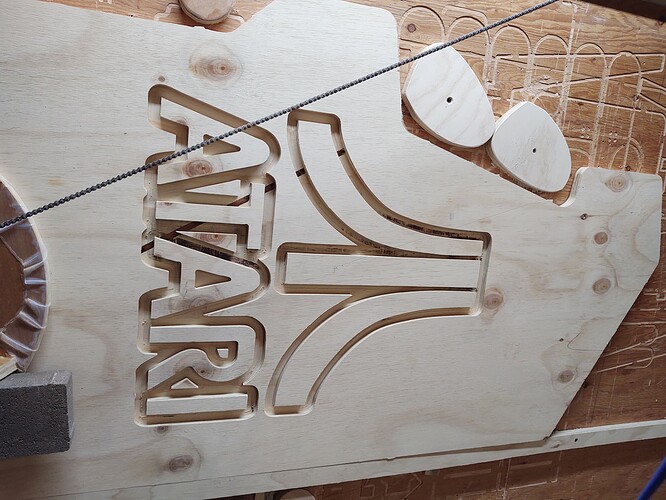 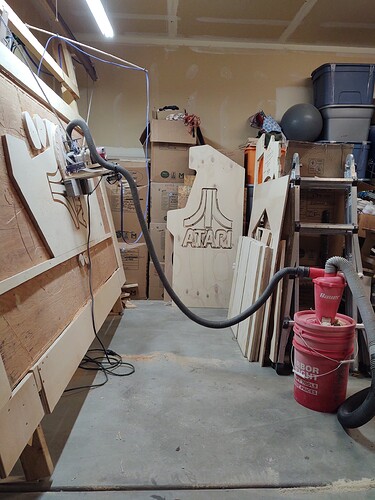 Some of my design ideas: 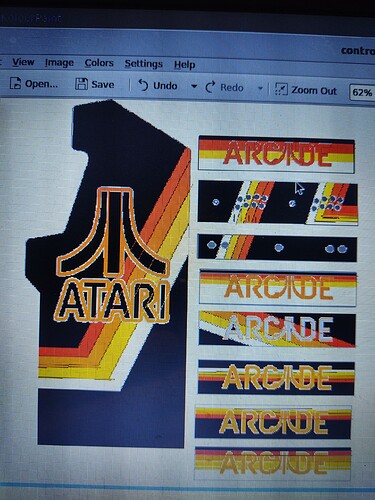