Can a Z-motor be mounted horizontally to fit certain UK/EU Routers?

Hi, another noobie question as I await delivery of my Maslow kit.

I am based in the UK (Scotland) so I can’t go with the recommend Ridgid.

So I’m looking at other router choices and it would appear I should go down the Bosch 1200 modification route (which horrifies me a little, but no doubt it’s not as hard as it looks) or go for one of the other recommended routers, but none of which seem to be without their problems.

Now I am sure this has probably been asked a thousand times, but a lot of you guys talk in absolute riddles (sorry but you do LOL) and I am very new to the terminology, so please excuse me if I am being as thick as a thick thing here.

So my question is - the Makita Router shown in the attached images looks very similar to the Ridgid, but has an adjustment for the Z-axis where it comes out of the side of the router horizontally. Is it possible to rig a z-motor up to this? If not is it because of:-

If it is b) Has anyone tried to create a matching rack and pinion mechanism to extend that adjustment vertically via 3D or otherwise available parts?

Lastly if this is a NON-starter, can anyone confirm that ALL the Bosch router conversion steps apply with the latest Ring set-up Maslow kit and where can I source the additional parts required.

Apologies for all the questions - I have been reading these forums for days and keep thinking that certain advice may apply to the earlier version of the sled mechanism??? (is that wrong?). 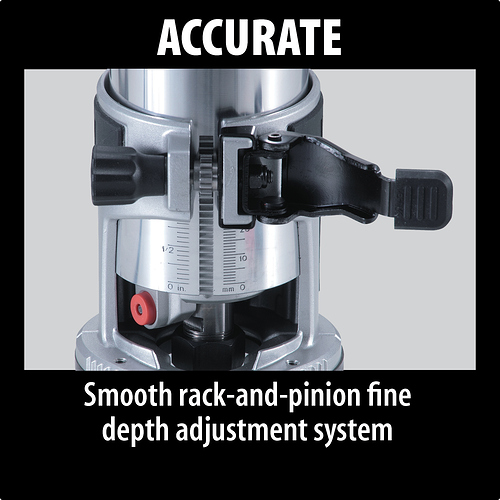 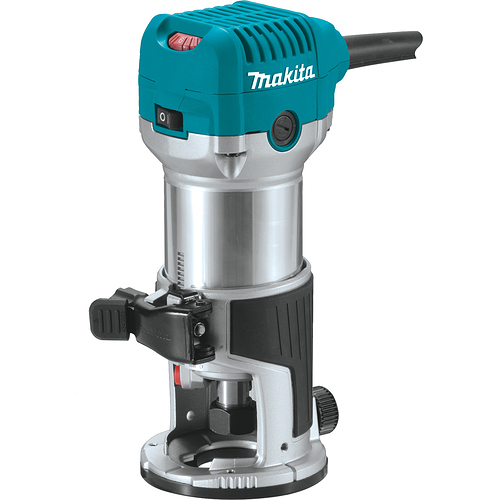 The router I use is similar (also a Makita), but the gear & adjustment knob are plastic. After using manually for a few cuts, I don’t think I’d recommend hooking up a motor to that mechanism; it’s way too fragile and the router has a tendency to bind in the base if you only try to move it with the gear. It’s really intended to serve as an assist when you’re manually moving it, and it works pretty well for that.

You can still use that router, but I’d recommend you build yourself a proper Z-axis like the “Meticulous” or one based on a C-channel. Look for “Z-axis upgrades consolidation” on this forum.

While you wait for parts, you can still use the router with a manual Z-axis, the Maslow works fine that way.