I got my M2. Setup was fine. I am able to create svg files, use Easel to create g code but when I upload file to cncjs, things go south. My file is usually bigger than the cncjs work plane. Everything seems upside down and backwords. I never know where the file is going to be cut on my 4x8 plywood. I’m use to using carbide create and carbide motion with a Shapeoko that I have. I home the machine and it know where to cut. I have watched several tutorials on cncjs but am getting extremely frustated. What am I missing?

Cncjs, like practically all other CNC control programs designed for traditional CNCs (unlike webcontrol/ground control designed specially for maslow), does not show the full workspace on the display. You basically have to move the sled using the jog buttons to where you want ‘home’ to be (in webcontrol/ground control language) and then manually issue G92 X0 Y0. Then, the lower left corner of the graphical display will be representative of that spot. +Y is upwards and +X is to the right.

Hi,
I tried what you said and things are still backwards. I did some research and found webcontrol and It looks exactly what I was looking for. Easy interface and has all of the tools I need. However, when I install and fire it up, it says that it is connecting then times out. I keep getting an alert saying that I have the wrong firmware. I have tried to update the firmware but keep stalling. I even went back to the beginning and tried to reinstall the Arduino firmware for maslow. When it asks for which board I have, it does not have mine in the list. I’m pretty sure mine is the Arduino Due and not the mega2500 that it talks about in the literature.

In webcontrol I tried to update firmware and it says it completed and I tried to update holey firmware so that I could calibrate. Can I start this thing over from scratch? Something has not worked right somewhere along the way.
Thanks for your help

Webcontrol doesn’t work with the M2, just the Maslow. You need to reinstall the firmware from @MakerMadeCNC and use a GRBL compatible gcode sender (such as CNC.js). Reach out to makermade for help…

MakerMade are about to release Makerverse which is cncjs customized for the M2, they released an intro video on 27th stating it would be live next day, 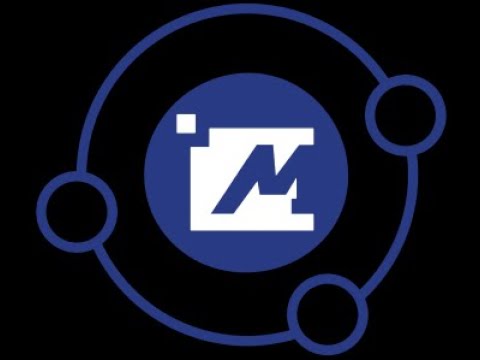 but makerverse.com still redirects to makermade, so am not sure when it will be live but should be soon (i am waiting for it myself to start using my M2) they might have addressed the issue you are having, i dont know, might be good to contact makermade to find out when makerverse will be live and if indeed it does address your issue
the makerverse devs site is
https://ehutchison.net/
3 Likes
MakerMadeCNC August 5, 2020, 5:35am #6

We currently have Windows and Mac versions available and are working towards a Raspberry Pi version soon.

I have tried the makerverse with my m2. I am still having issues that I can’t figure out. When I jog x+ my sled moves right x- moves it left. Y+moves it down and y- moves it up. When I job x or y, the sled does not move completely vertical or horizontal, it travels at a little bit of an angle. When I tried calibrate with the makerverse, my 6 " x 6" square ended up being more like a trapezoid than a square. I tried to cut a perfect circle and was a really nice oval. I’m totally lost.

It sounds like your motors are connected backwards on the board. Can you flip your XY motor cables and retry the jog commands?

Ok, I feel a little stupid. I thought I hooked it up according to directions but it was backwards. Things make a lot better sense now. Any idea why my circles are turning out as ovals?

That will be related to calibration. You can do a test cut of 800mmx800mm and use the measurements in the calibration widget to adjust for that.