Today I began cutting out my permanent frame. It wasn’t exactly easy going as the temp sled kept hanging up on previously cut pieces but I was managing until out of nowhere my router stopped moving and GroundControl told me the system lost calibration! Sigh. This has not been a good day…
Anyway, I have no idea what to do now. Is there a way for it to figure out where the router is at, or do I have to go through the entire calibration process again (which, by the way, was frustrating because the tensioning cord would get loose and the sprocket would pop off occasionally)?

Photo of where I lost calibration: 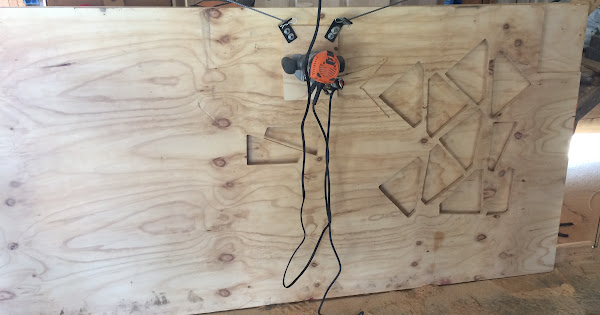 I’m really sorry for the trouble!

If you are not running the latest firmware/Ground Control I would recommend upgrading. What exactly was the message that you saw? My guess is that the USB power to the Arduino was lost making the machine loose it’s position. You will not need to do a full calibration, just run the Actions -> Calibrate Chain Lengths (still annoying).

Ground Control will remember where the file is positioned. You should be able to resume from where the cut left off by “fast forwarding” using the buttons under the arrow buttons: 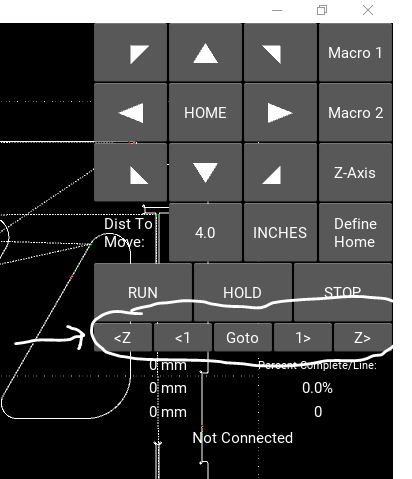 To prevent the issue in the future I would keep an eye on the USB cord becoming loose or computer going to sleep. If the Arduino looses power while the machine is moving it won’t be able to remmer it’s position when it comes back on line

Thank you Bar! I don’t know how it would have lost connection but in the world of atoms it’s certainly possible. I wish I had snapped a photo of the message but I got frustrated and clicked to close the message… sometimes temper can kill rational thought. That said, I’m sorry if my initial message was unnecessarily heated - again, sometimes frustration can kill rational thought.

At any rate I will give those solutions a try and see if I can salvage the process.

Thanks again! Have a great weekend.

P.S. So those arrows move the project ahead? I had no idea. I think I need to make some YouTube videos of what I’m learning before they become second nature. If I manage to catalog things now I’ll be more likely able to relate to people who are learning this stuff in the future.

I think everyone would LOVE to see some youtube videos to help. There’s a wiki page which is supposed to describe what everything does here: https://github.com/MaslowCNC/GroundControl/wiki/Ground-Control-Users-Guide but it’s pretty out of date

My apologies again for the trouble!

The chain calibration process was not nearly as bad as I expected. I don’t know why I was stressing over it! Thanks for the help - Maslow is up and running again.

As to Youtube Videos… yeah, I need to get on that!