I got Makerverse to run on Raspberry pi however my port is coming up as /dev/ttyAMAO and it does not seem to matter what the Baud rate is because it just goes to a screen that says New workspace, a text box then below the box is says Querying hardware and a warning that the controllerType or BaudRate may be wrong. It does nothing after that.

How do I find out what the controllerType or BaudRate is? With the windows version it would just assign these.

I have the M2. Do I need to change the firmware of the Arduino board for it to work with Raspberry bi Makerverse?

Welcaome to the Forum, @Bryan_Jochumson!
The port on RPi should be /dev/ttyAMC0.
The Baud for the Due should be 38400.
The firmware should already be on the Due, no need to change.
Do you have a screen connected to the Pi at the moment or do you log on remotely?
How did you install Makerverse?
What RPi version is it?

I do have a screen connected

I flashed a SD card with the img file I downloaded yesterday.

I don’t know what version of RPi came with the img file. How do I check? It boots right into makerverse.

Unless your asking (sorry I’m new to raspberry bi) about the hardware. It is the pi 4 with 4gig.

Oh and when I do click the connect button the alarm on the motors stops for just a moment then starts to make noise again.

Thank you for your help! 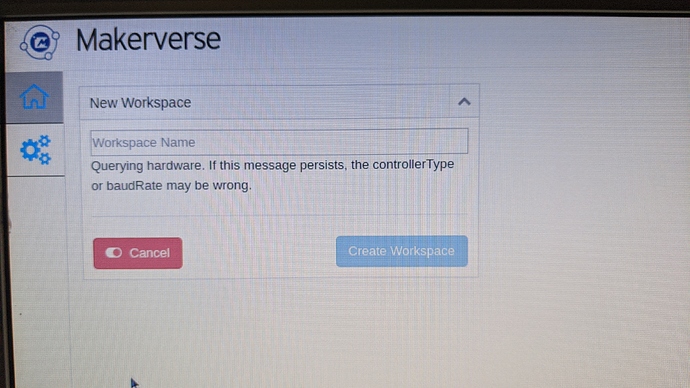 My guess is that it is a permission issue, but the only way I could think of to check would be to restart the docker, then manually restart makerverse and view the output on the screen. To do that you ssh into the pi,
>sudo systemctrl restart docker
Then
cd makerverse/bin
Then
./launch

How do I do that when the software loads into makerverse. Is there a way to go back to an OS with out changing cards? If I changed the docker settings while I loaded the system with a different card (OS) would it effect Makerverse when it was loaded it? I might be wrong but I thought that once you change cards and powered down all memory is whipped. Is there a bios that stores memory? Sorry for all the questions like I said I’m new to the pi world.

The pi is a linux server. You can attach via network to it on the web or by secure shell (ssh). Do you know how to ssh in to the pi? If not and you are using windows, download putty and enter the IP address to your pi in the Host Name. It will be port 22, then click Open (if you hit save, it will save it for next time). 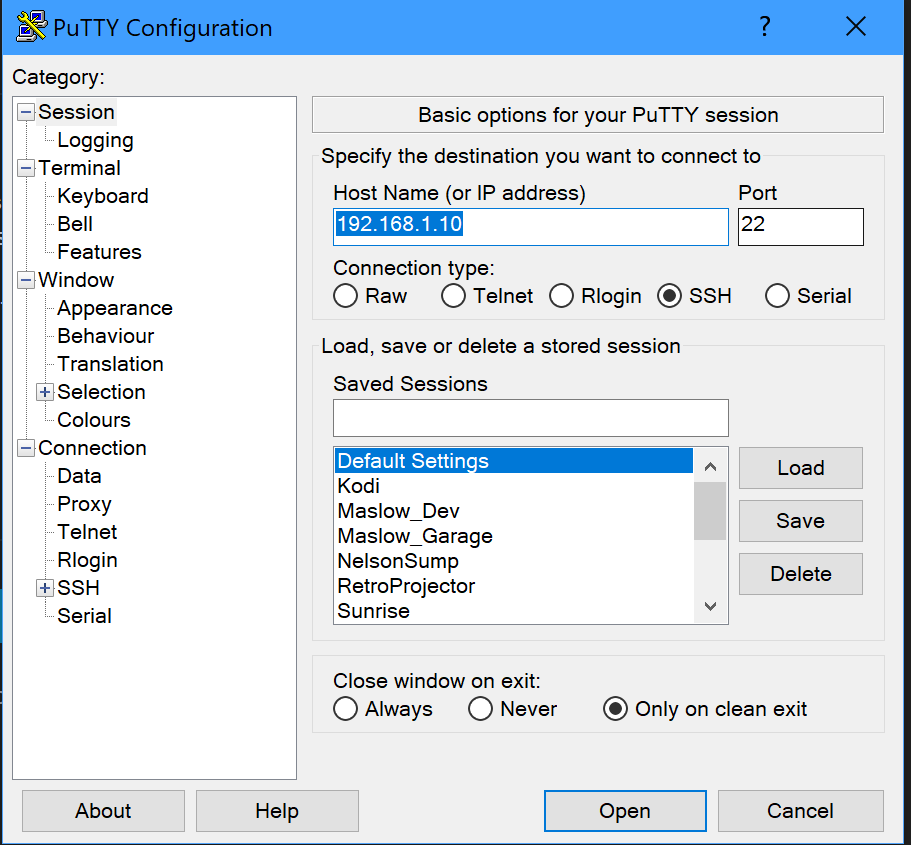 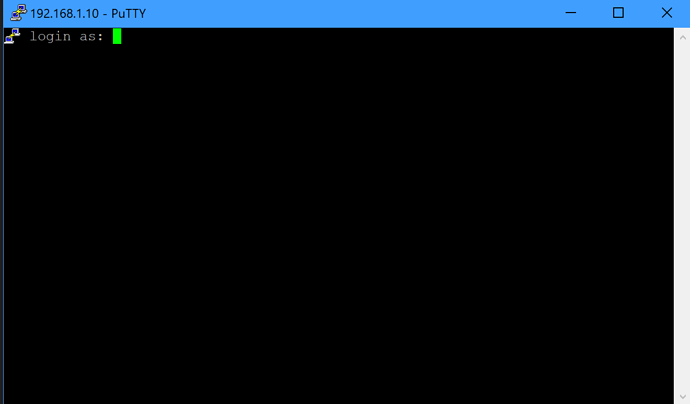 image1320×774 4.63 KB
user name is pi
password is whatever you set it at or the default for raspberry pi is raspberry

image1246×488 21.3 KB
If your password is raspberry, then you should change it now by typing at the prompt so it looks like this

AND FINALLY you enter the commands mentioned above:

this will take about 20 seconds.

(the assumption is that makerverse is installed at /home/pi/makerverse) use “ls” to list the folder contents and see if it is there.

I am still having the same problem. It still won’t connect. I was able to fallow your directions. Thank you for that! Here is a screen shot of the results. 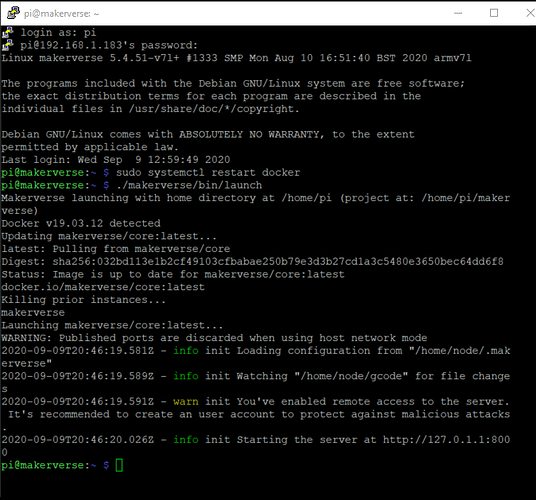 tell me about your electronics. Do you have an M2 arduino due or a classic arduino mega?

If due, is it plugged into the middle USB port?

If the mega, what version of firmware is flashed on it?

If you plug the controller into your pc, can you open the port and see data being sent?

It is plugged into the middle port (see photos).

Yes plugged into the PC it connects. 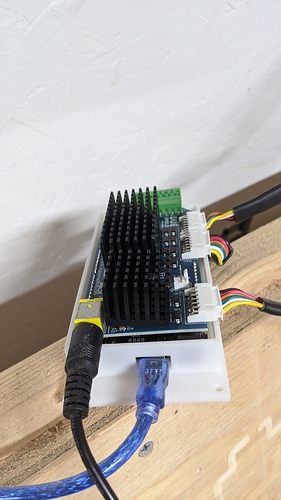 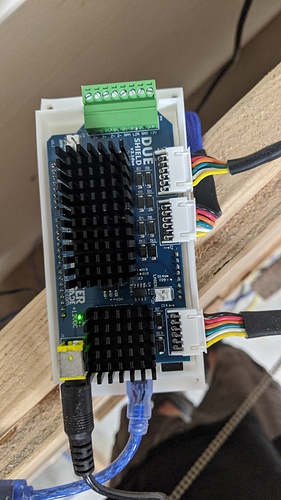 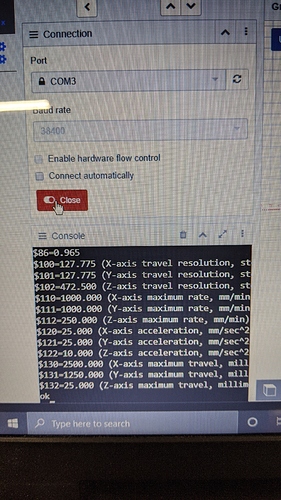 I flashed a different card and loaded it. It took longer to update during the first boot in the Raspberry pi but it still won’t connect.

your console with all the $numbers says it is connecting. but that is on your pc, so nevermind…

ssh in to your raspberry pi and

do you see ttyACM0 or ttyACM1? try the ls command with the controller connected to each of the USB ports on the raspberry pi and see if it shows up. What power supply do you have for the raspberry pi? Is it rated at 4 amps or more?

Yes, it showed the ports with the control board plugged into each of the usb ports on the raspberry pi.
The power supply is rated at 5.1v. 3000mA.

Also when I hit the connect button the alarms on the motors turns off for just a second then back on. 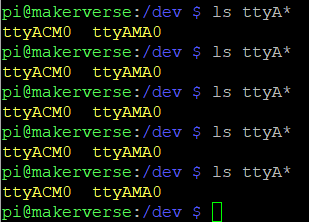 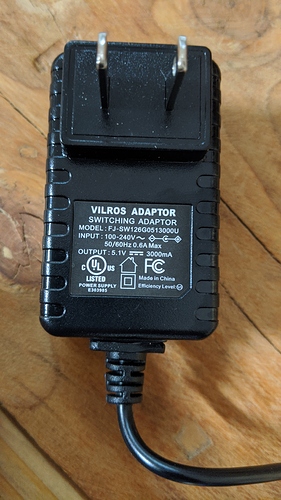 when you connect, the arduino reboots. This is normal. What isn’t normal is that it isn’t talking to makerverse. the M2 should communicate at 38400 bits per second.

I see. Should I try to flash another card but this time unplug the network and not set up the wifi. Could there be an update that is creating the problem?

plugged into the PC it connects

If it connects via the pc it is running. Check if it updates, should be as today: 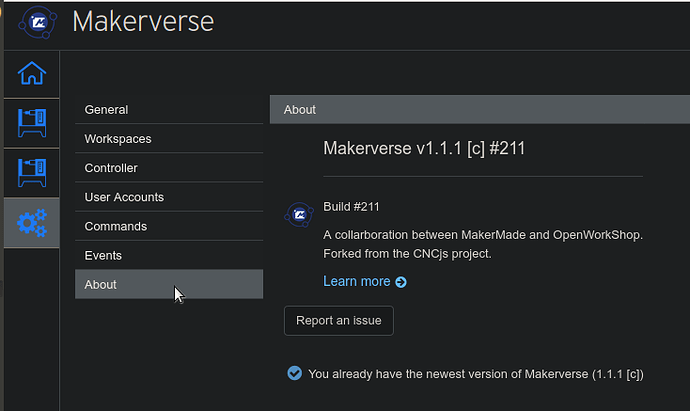 Are you planing to run the Maslow and control it from the same RPI?

I don’t think it is a permission issue, as it runs remote.
Testing it, i can run it locally on the pi. 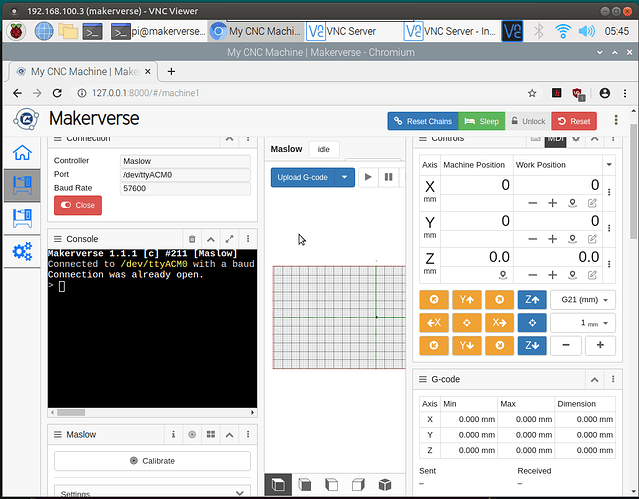 However it can’t harm to add the user pi to the dialout.
I’ve sovled some arduino connection issues on linux this way.
(Disclaimer: Do not copy and patse sudo comands on a system you care of, without checking what it actually does.)

i don’t think it’s going to help, but perhaps worth a try.

I just checked my version of the software and it is not up to date. It also didn’t update automatically is there a way to force the update?

My version of makerverse launches right from boot Up. In the photo yours is running as a window. How did you do that? Yes I was planning on running the Maslow from the RPi. Are you asking if I was planning on dumping the Due board? If so no I wasn’t. I just wanted the RBi to replace my laptop in the shop.

How did you do that?

I flashed this image to the card. makerverse-raspbian-lite-1.1.0.img.gz

The updates can take allot of time. You ca see when it’s done when the green led stops flashing.
The RPi runs the webserver. This gives the chance to connect with any pc/tablet/phone.
Having the pi next to the arduino allows for a very short usb cable, so less “connection lost” i guess.

I will try a shorter cable. Thank you!

The shorter cable did not work. I am sure there is an easy explanation and I apologize for not knowing much about raspberry pi but now that I have flashed makerverse-raspbian-lite-1.1.0.img.gz to a card it loads into the OS but I cant find Makerverse. How do I launch Makerverse? Are there instructions somewhere that I am missing?

if you ssh into the rpi, run

(exit htop with the letter q for quit)

and see if makerverse is listed as one of the processes already running. If not, then you will want to find it.