We keep incrementing the version on Ground Control each week and we’re about to hit version 1.0 which feels like a milestone (1,200+ commits, 14 contributors, and 42 versions released!).

I’d like to take some time to work on the way Ground Control looks and I want everyone’s feedback. I’ve talked to a friend who is a graphic designer (he came up with the ‘M’ logo). We talked about how the old white on black look to the software can intimidate (making the machine less accessible), but how we also didn’t want something childish or dumbed down in any way. Here’s what we came up with as an idea: 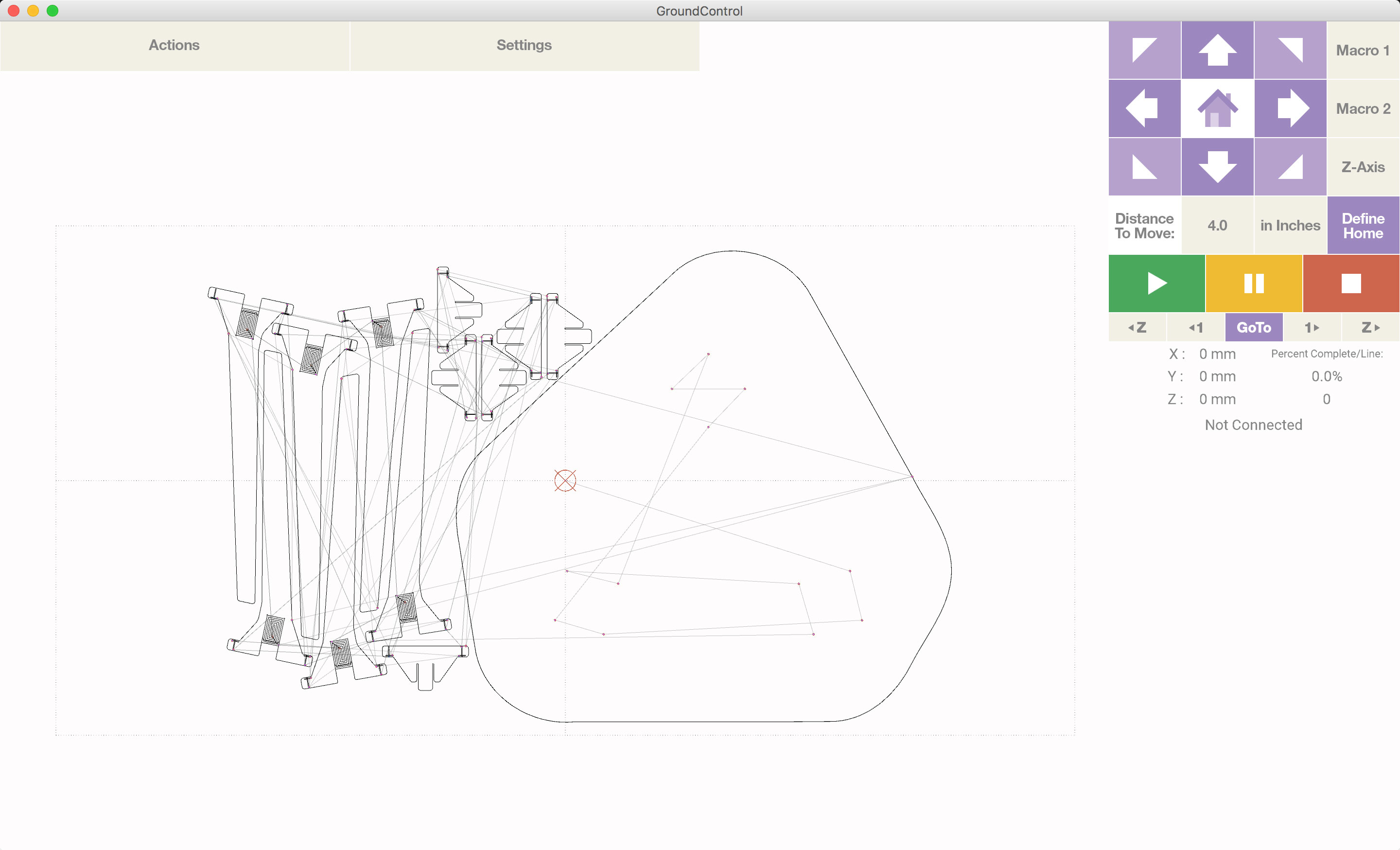 How do we feel about a lighter more friendly Ground Control?

Hi Bar! Long time lurker and hopefully a contributor soon. I’m building my Maslow now. I don’t have a ton of experience with tool automation, but I have with IT infrastructure and often engineers will choose black backgrounds and white, yellow, or green for consoles. I believe it makes things much easier to see. I’m not arguing aesthtics at all, what you’ve done is very pretty; black and white not so much, but it may be more functional. Would it be possible to give the tool path display color schemes? Ok, so now on to the gushing - What you’ve done and the community you’ve grown is absolutely amazing! I love the forum, I know I’ll love the tool, your openness and collaboration with the community is absolutely AWESOME - THANK YOU THANK YOU THANK YOU!

Welcome! Thanks for contributing already!

I hear what you are saying, let’s make it so people have a choice in the settings? Like you can toggle between the two options? I like that a lot.

Which parts would we want to change? Do we want to maybe leave the icon buttons (like the purple arrows) the same and invert all of the other colors? That would be pretty easy to do

The new interface certainly does look more friendly, that could be very good for people who don’t have a lot of experience working with CNC’s and industrial automation.

Personally, however, I like the old style. Maybe it’s just all the hours of AutoCAD or my chronic migraines, but I’ve always liked darker interfaces. I even changed the forums over to the dark scheme! I think that using the new style as the default but having a dark/light option in the settings would be great!

the old white on black look

The settings panels as well, in time?

Nowadays i prefer the darker themes but i must say this light theme looks very good.

How about having both? and a customisable theme? i’m sure there are people who now also want it lighter then the dark theme but not this bright.

The dark theme seems to have a slightly better range to me. From a distance the thin lines in the light theme fade into the background… minor detail… also depends a bit how big the screen is on a large screen i may take the light theme on a netbook i would pick the dark one.

not sure if customisable is an option? seems to me that it’s all just SVG’s and colour values. a /theme dir with all the SVG’s and a text file with the color values?
then a /darktheme /lighttheme /customtheme would seem reasonable simple options.
however having multiple themes is an extra maintainace task

can v-plotter.py be put in the gui somehow? as an overlay to have a direct feedback on the accuracy 'window

for smaller maslow builds it would be good to have a visual depiction if the machine is able to cut a part of size X,Y on a maslow of size x,y

Please make this a user choice

Edit: I love the traffic light colours for Run, Pause and Stop though. Gives a clear reference to the functions.

Would it not be possible to make GC skinable? Allowing the user to choose from themes or customize it? It seems like there are only a few different places to need values and the only logic that it needs is to not allow the font and background to be set to the same value? Thoughts?

Bar,
I much prefer the black tool path on white background which is shown above.
I also like the traffic light colours for the Run, pause and stop.

Only very early days for me with this product as just received my kit this week.

I am not sure if block stepping is available in ground control but it is a very useful feature. This would allow you to display each block of code and step over it (purely for simulation purposes before committing to cut) and see the cut path in the work area of ground control. This can avoid the expense of an incorrect tool path.

you are giving v-plotter too much credit.

i see so there are different ‘zones’ so to speak?

it would still be usefull to have a visual border to have some clue where it becomes critical.

better to have rough estimate that gives a reasonable reliable warning then doing the gamble and waste a tree on it.

in a way i wish i could use v-plotter.py within inkscape.

I LOVE the new look. It looks so much more professional to me.

The grind in v-plotter is feet and inches, with the + in the top corners being
the motor positions. Adjust the variables internally for different machine sizes

We’ll leave the door open to having even more skins down the road. 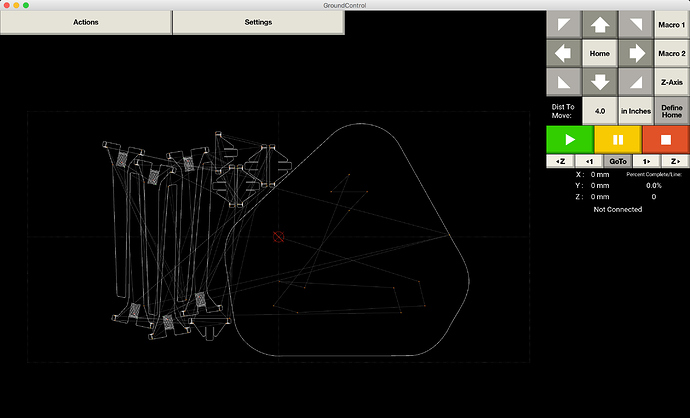 What are everyone’s thoughts so far?

That would certainly work for me, maybe the two lightest greys one shade darker?