I figured one of the most basic tools I would need for using the Maslow is a way to wrestle the panels on and off the machine. After seeing the plastic plywood hooks in the store, I decided that making my own would be a great first project for Onshape and my first independent design from the Maslow cutting.

I made a slightly simpler version 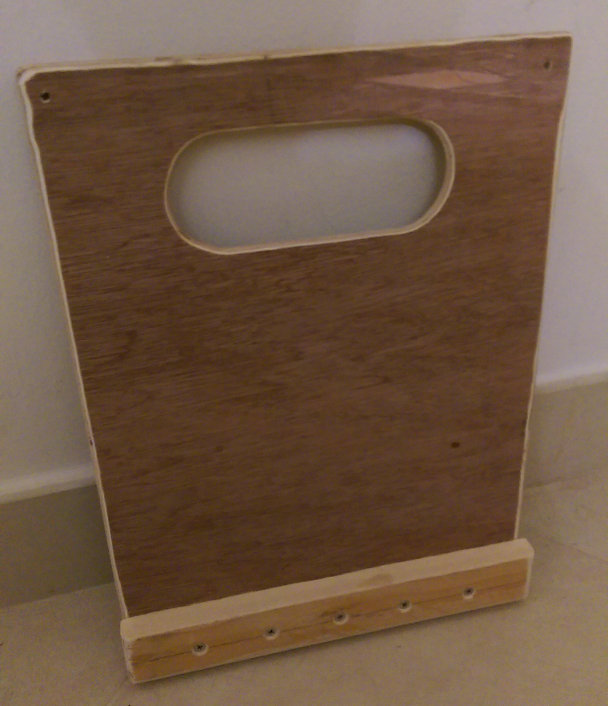 I’m working on getting a file sharing site up and running so we can more easily share awesome designs that benefit everyone like this one!

I have the plastic one from the big orange store and your design with the more pronounced hook where the sheet goes is a definite improvement to it.

Pff, with all the boats here i was expecting a plywood aircraft carrier when i clicked the topic

I was planning to make something like this as well

Now I want to build a plywood aircraft carrier… why would you do that to me!

@Bee is already gonna build a plywood plane, he’s got to land it somewhere

See? I like the collaboration we got going on here…

I suddenly had this vision of a group of people, on a lake, each one in their Maslow-built plywood aircraft carrier, reenacting the battle of Midway with RC planes. The boat would be somewhat kayak style in that the whole top surface would be covered except the hole for the boater. Of course that boater would have to be semi-concealed by the aircraft carrier’s tower for realism. I envision the tower to end at the neck so the boater has a 360° view. The vision of a head perched on top of the tower makes me giggle.

I really don’t need any more projects, but this one is pretty compelling.

There seems to be a problem with the forum, i can only press like once, this would be the greatest rc-related thing ever

See what I’m saying? I’d totally build one. Of course it would need a functional catapult to launch the RC aircraft I’d be flying from it… Hmm. within the realm of the Maslow? I think so…

This is 2018, we can do better than out dated catapults! Why not instead build a functional trebuchet to launch the aircraft? We could also then use it to attack any coastal castle defences the enemy may have.

Wouldn’t that be a neat thing, if aircraft carriers just catapulted airplanes at coastal defences as projectiles. The coastal defence guys would all be like wtf. Then a general or some big wig comes to the carrier, sees what they’re doing and says “wtf are you doing with those catapults, trebuchets are way more efficient”.

Anyways, a paintball battleship might be less complex to build, and can actually be a converted kayak. I’m really beginning to see this as an actual possibility, i think you could really find an audience for this.

On a side note, these night shifts are really bad for my sanity

But think of the possibilities of an aircraft carrier. You could use it as a fishing platform. The wife could suntan on the deck while patrolling… I love flying my planes too so I’m still pro carrier.

Okay, but I get to be Hornet.