A friend owns a goat farm, and wanted a 3 ft tall goat to use as a sign. Started with a goat silhouette PNG found on the internet, a little magic with Inkscape using some edge detection, and makercam for the GCode and I am currently cutting away.

I wanted to fit two goats on the 4x8 sheet, so I started the first very far to the left, and had some problems with the bottom left corner because the right chain was getting very loose. I am thinking about moving the cup hook behind the lower support 2x4 so that I can slide the material further to the left or right to simulate cutting more towards the center of the 4x8 sheet. This might mitigate the chain slackness in the corners for things that don’t take the whole sheet. 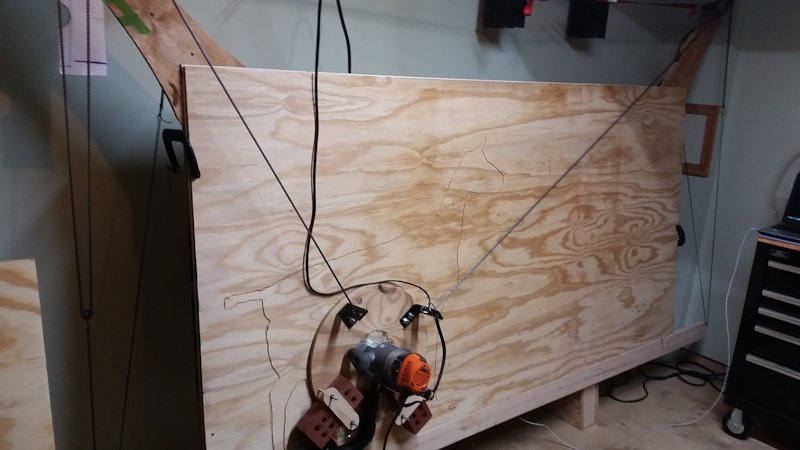 Edit: had to start again when if finished because the Z-Axis only went in 7mm and I told it to do 13mm, so something is wrong with my Z-Axis settings. Possibly my mm/turn setting is no good.

What mm/turn is everyone else using for the Ridgid router?

That was my problem, I had that number doubled, changed to 3.175.

Cool project. How will you project the plywood from the weather? I’ve used HDPE plastic boards in the past, Same material cutting boards are made out of. The surface of the plastic does craze after a few years, but it’s pretty durable when 3/4" thick. Aluminum composite material is also used for a lot of signs.

If you can, try moving the plywood cut sheet so that the goat being cut is in the center of the machine. I always try to work in the middle, even if it means having to break parts out into separate files. Hoping to see a picture of the goats

@blurfl, Starting on 2nd goat now, first one came out good except for some wiggly bits on the bottom left corner. After setting the proper Z-Axis depth per full knob turn to the proper number (3.175mm) the Z-Axis is going as deep as I expect. Cutting from the middle of the Maslow is sage advise

@aluminumwelder, the recipient of the goats is planning to use them as signs at livestock shows, with magnetic paint on one side and chalkboard paint on the other, so lets hope they don’t leave them out in the rain!

@bar, I don’t know of the difficulty if would be but a “time until completed” status in Ground Control would be very convenient. I’m not seeing the jitter that was supposed to have been fixed in 0.81 in this particular cut, so I’m not sure why it happened yesterday and not today.

Edit… I’m so excited, its actually working! I feel like Dr Frankenstein… its alive its alive!

Edit 2: I doubt anyone has the need for goat signs, but here are the files:

@moderators, I tried to upload an SVG file, and it said it was not a file format that is allowed to be uploaded.

As for ‘completion time’, I always watch the ‘Percent done” number. It’s based on number of lines of gcode in the file, and some lines take way longer to cut than others, but it’s a working estimate.

@blurfl, yeah that is what we have and it is what I use, but a tentative estimate of time until completion would really help my WAF (wife acceptance factor) so that I can tell her when I’ll be done for dinner.

the ‘Hold’ button is your friend! It pauses operation at the completion of the current line of gcode. I always curry the approval of one who is making a meal for me 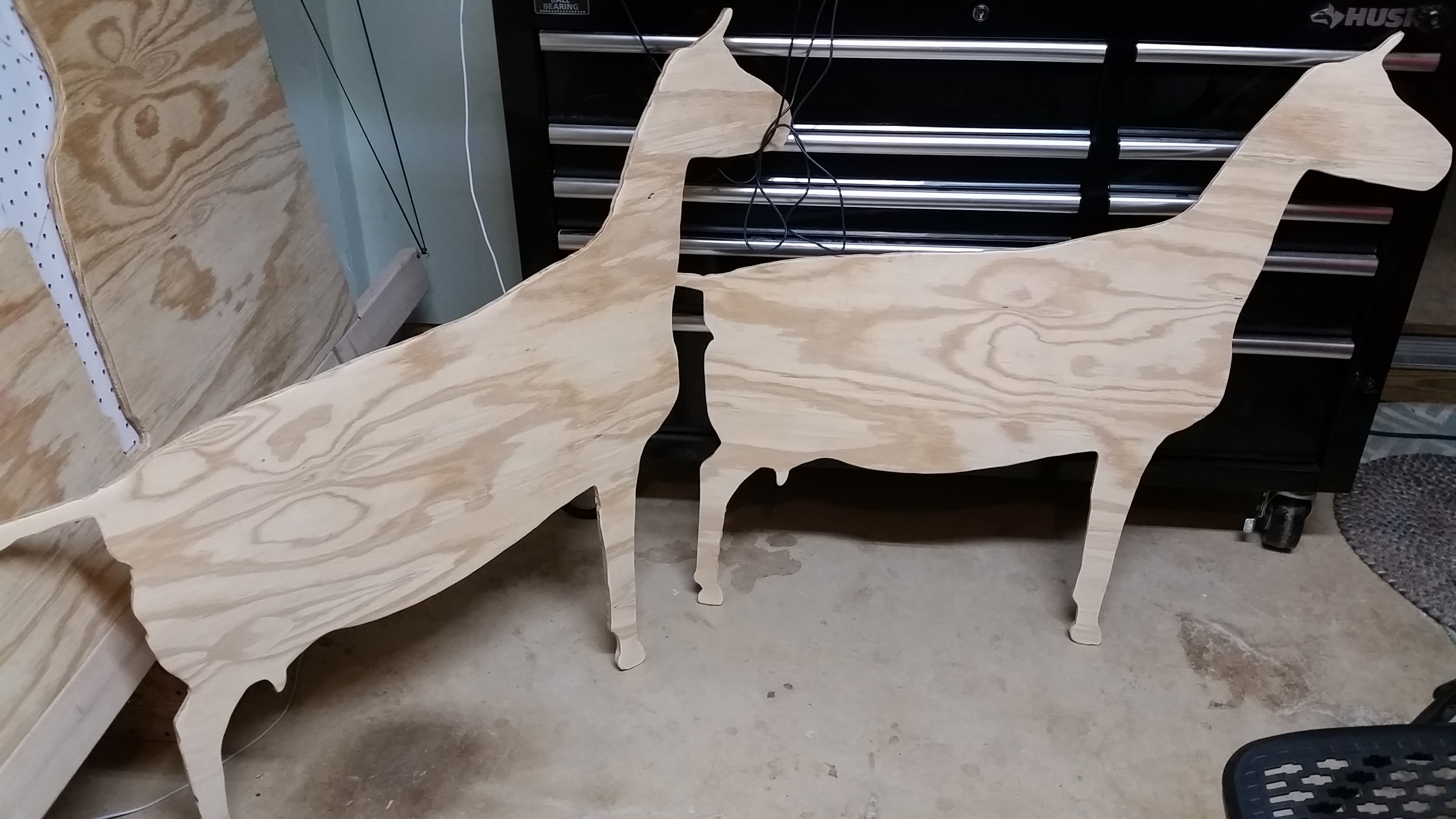 I don’t know of the difficulty if would be but a “time until completed” status in Ground Control would be very convenient.

Very lifelike. One of the goats is even getting into your cords!

Edit… I’m so excited, its actually working! I feel like Dr Frankenstein… its alive its alive!

Could the simulation in the CAM be used to estimate and write into the G-Code. That Ground Control could then use to display a countdown? Might not be exact, but would be a decent estimate. Probably Close enough to keep @jbnimble 's WAF as high as possible…